Pashinyan’s visit to Moscow and the role of Russia 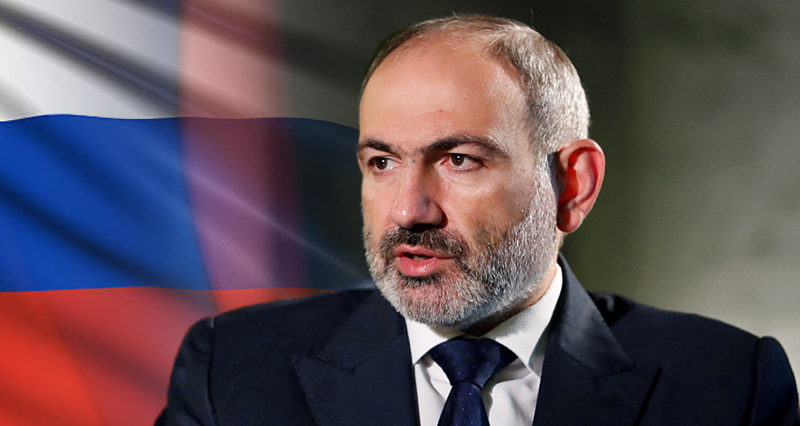 The Prime Minister of Armenia, Nikol Pashinyan, visited Moscow on April 19 and had a meeting with President of the Russian Federation Vladimir Putin.

Mehmet Perinçek evaluated Pashinyan’s visit to Moscow and Russia’s role in the South Caucasus to the Azerbaijan site Bizim.Media. We have translated the interview, published in Azerbaijani Turkish, into English for United World International readers.

“There are still revanchist forces in Armenia. They are trying to provoke Armenia against both Azerbaijan and Turkey. In fact, there is nothing Armenia can do militarily against Azerbaijan or Turkey. They have no power to do so. Such revanchist attempts are only  meant to disrupt the peace.”

Perinçek noted that official Moscow could play a positive role in reducing the influence of revanchist forces in Armenia:

“On the other hand, Azerbaijan’s territorial integrity has not been fully restored yet. The process of withdrawal of the occupation forces from the Azerbaijani lands continues. Armenia had made some promises on November 10. In order to comply with these promises, Moscow’s influence over Yerevan must be assessed. The best way is to resolve these issues without the need for any armed struggle. In this regard, Pashinyan’s visit to Moscow is valuable and significant.”

The political scientist said that the possibility of Western intervention in the South Caucasus has already weakened. For this reason, Pashinyan is in the process of entering into cooperation and integration in the region:

“Before, he had came to power after an orange revolution, he was directed by the West. In fact, in Mr. Aliyev’s words, “he is the child of Soros.” However, he changed his orientation after the statement made on November 10th. Pashinyan’s visit to Moscow is a positive step for both Ankara and Baku.

Perinçek added that now we must be aware that we have entered another era. It is time to start rapid integration processes in the region:

“At that time, there was no ground for a normalization of relations. However, today, with the liberation of Karabakh and the guarantee of this issue, the normalization of Turkish-Armenian and Azerbaijani-Armenian relations is on our agenda. This is a very right step. Because these steps must be taken both in terms of restoring peace in the region, maintaining stability, achieving economic success and, most importantly, integration in the region. Mr. Ilham Aliyev also supports these steps. He even spoke of a peace agreement between Azerbaijan and Armenia. Of course, Russia’s role here, in the tripartite statement on November 10, is very important. It is especially significant that Moscow to put pressure on Yerevan in order to keep Armenia under control or to prevent it from provoking and act more leniently during this period. This is also beneficial for Turkey and Azerbaijan. In this regard, Pashinyan’s visit to Moscow is very important for Armenia. There is a kind of ‘setting the clocks’ process going on.