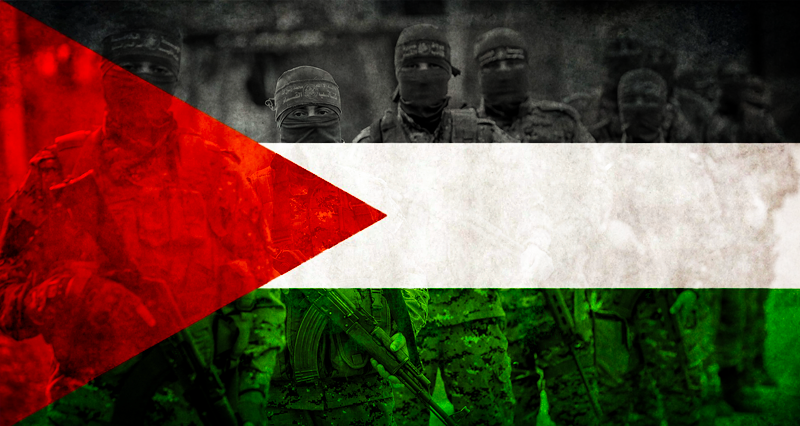 In recent weeks we have witnessed an increase in Palestinian resistance mixed with guerrilla operations carried out by Palestinians deep in the heart of the Zionism, including three operations in the economic capital Tel–Aviv.

These operations are not the outcome of a snap decision, short-term anger or an expression of individual mood. They rather constitute an extension of Intifada actions, launched during the “Sword of Jerusalem” battle in support of Jerusalem. The people of Sheikh Jarrah and the areas of Palestinian action converged: The armed resistance in Gaza was integrated with the Intifada action of the Palestinians in the occupied territories in 1948 and the cities and camps of the West – Bank.

The Palestinians returned to the policy of interdependence and integration in the military and Intifada action. What is happening in Jerusalem and Nakab is not separate from what is happening in Ramallah, Nablus or Jenin, and of course, it is not separate from Gaza too. If the occupation attempts to escalate its aggression in one of the Palestinian regions, it will find a wall of defense in return from all Palestinian regions, especially from Gaza and its well organized and armed resistance.

The Zionist state failure was not the last, as all the Zionist security and military levels have been preoccupied for more than month anticipating and acknowledging the Palestinian resistance actions erupted in various regions during and after the month of Ramadan. All Zionist estimates were based on the lack of indications of the possibility of carrying out guerrilla operations and that the tension would be limited to worshipers in AL- AQSA Mosque in the beginning of Ramadan.

The past year was not an ordinary year; on the contrary, it was exceptional in every way and witnessed radical changes in the Palestinian resistance scene, especially in the West Bank, where the armed resistance groups began to get stronger. This whole process took more than 10 years. The Palestinian youth took up arms to confront the occupation army’s repeated attacks on their cities, refugees camps and villages and it resisted against the extensive arrests campaigns of dozens of Palestinian activists, who were being persecuted even for their stances, their words and in many cases, for their background of their posts on social media.

The Palestinian generation that carries weapons today takes the initiative to resist the occupation, which penetrates all fortifications, and this says “NO” right into the face of everyone approves the occupation. This generation, born in the midst of the AL–AQSA Intifada (2000- 2006), took the first step against attempts of the Israeli operation (al sour al waqi), when the occupation army tried to reoccupy the West Bank cities and end the Intifada.

That generation has grown up and in the context of occupation, and the occupiers intended to prepare it to become the new, “domesticated “Palestinian generation that accepts the existence of the occupation and coexists with its presence”. Their efforts and expectations were aiming that this generation was to support solutions to “reduce the conflict “and accept the “economic opportunities“ as a sufficient, without paying any attention to any national address or revolutionary mobilization. This generation has grown and saw the Arab countries rush to normalize with the occupiers in the “Deal of Century“, aimed to erase the Palestinian issue by deeming to it a position of neglect and marginalization. This generation has seen that the occupation government and the American administration determined who should lead its authority, and providing legitimacy to those forces they wanted, while pushing unwanted political forces out of the political space in Palestine.

This generation, for which all the conditions were prepared to become a generation without any patriotic or revolutionary spirit, has surprised everyone and proclaimed loudly “Palestine will only belong to its people, and the way to achieve that is through armed Resistance and absolute rejection of all the options of surrender and humiliation”.

This youth generation has declared clearly that it would not accept that its holy places to be desecrated and that its people be abandoned again, the people of Sheikh Jarrah nor Silwan nor Al- Nakab. And they affirmed that the instincts of the Palestinians are rebellious, which cannot be tamed or bribed with economic opportunities and profits without national value.

Today the sons of this generation carry weapons, knives, Molotov coctails, stones; they carry their souls on their palms to confront the Zionist killing machine. And they draw the features of a new equation, in which forms of the Palestinian national struggle are integrated with each other; the armed struggle, popular resistance and Gaza, the West–Bank, refugees and the Palestinian people in the occupied territories in 1948. They are all integrated to protect the Palestinian issue and avoid all attempts of annulment and from all the illusions of normalization and false peace.

This brave generation changed all the strategic assessments of occupation forces. The Palestinian threat (resistance) has returned into a strategic threat for the existence of their state, which believes that the escalation of crimes against the Palestinian people could provide them security on the occupied land. However, the inevitable motion of the history says the opposite.

There is no safety or peace without the liberation of Palestine. The Palestinians will face critical conditions in the coming days, as the resistance action is escalating and Palestinian solidarity and integration is growing. Significant steps are expected in the coming days.

These steps will be decisive in terms of activities, and Palestinian’s escalating armed action will draw features of the new phase, a new scene, which heralds a comprehensive Palestinian Uprising that prepares conditions for it day after day. And the Intifada actions will restore attention for the Palestinian cause and the usurped rights of the Palestinian People.