Armenia must prove its sincerity 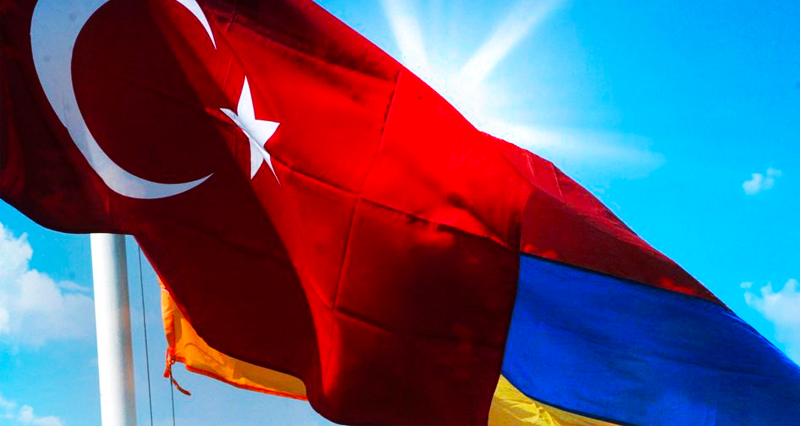 Following Prime Minister Nikol Pashinyan, a member of the “Civil Contract” party ruling in Armenia, Khachatur Sukiasyansaid that Armenia should establish cooperation with Turkey and Azerbaijan. According to him, if the peace agenda had been implemented in 2000, the situation in Armenia today would have been completely different.

He also confirmed his support for Prime Minister, Nikol Pashinyan, who had previously said that it was necessary to do everything to avoid stagnation in negotiations with Ankara. According to the press secretary of the Armenian Foreign Ministry, Vahan Hunanyan, as part of the normalization of relations, Yerevan proposed to Turkey, at the first stage, to open land borders for those who have diplomatic passports.

Turkish historian and political scientist Mehmet Perinçek, answering questions from Oxu.Az, noted that establishing relations with neighbors would be a logical and correct approach for Armenia:

Stabilization of the region will be beneficial for all neighboring countries, but above all for Armenia, which has many serious economic, social and political problems. And only good neighborly relations, primarily with Azerbaijan and Turkey, can help Armenia.

Regional integration can contribute to the restoration of the Armenian economy. This will help improve the psychological state of the Armenian people. In my opinion, the current position of the official Yerevan is correct. The process is evolving.

But the Armenian side needs to prove its sincerity. First of all, Yerevan must show respect to the territorial integrity of Azerbaijan and Turkey, renounce its claims on foreign lands. And it is clear that these claims have no meaning for Baku and Ankara, since Armenia simply does not have any opportunity to seize the territory. But, let me repeat my words, Yerevan must prove its sincerity and must renounced its claims.

Armenia is obliged to comply with all the terms of the agreement signed between Baku, Moscow and Yerevan on 10 November 2020. The territorial integrity of Azerbaijan must be fully ensured. If all the mandatory requirements are met, then this will become an indicator of a sincere desire of the Armenian side to improve relations between Armenia and Turkey and between Armenia and Azerbaijan.

Given the desire of external forces to provoke conflicts here, the stability of the South Caucasus region is very important.

Armenia must remember the lessons taught. Previously, Yerevan was a puppet controlled by the West in order to fulfil their own selfish goals. But this harmed the interests of Armenia and the Armenian people.

External forces use polls for manipulation

Oxu.az: Meanwhile, data from a sociological survey conducted by Gallup International have recently been made public. It showed that 68% of Armenian citizens oppose the establishment of diplomatic relations with Turkey. In addition, the Dashnaktsutyun opposition party (part of the Armenia parliamentary bloc – editor) requested from the authorities to stop negotiations with Turkey, proposing to start a “nationwide movement of the Armenians of the Diaspora, Karabakh and Armenia” in order to “halt the process of reconciliation with Turkey and start rebuilding the homeland”. According to the representative of the Dashnaks, MP Ishkhan Saghatelyan, “the process of normalizing relations actually leads to the Turkification of Armenians, and it must be stopped”…

I do not think that the results of the Gallup International poll can be considered objective. This is manipulation. I’ve already said earlier that external forces are against stabilising the situation in the region. And what is Gallup – we all know very well. This is an American company promoting Washington’s interests, working for the CIA.

If 68% of the Armenian people are against the establishment of diplomatic relations with Turkey, then how did Nikol Pashinyan and his party manage to win the parliamentary elections last year? Pashinyan lost the war, but gained a majority in parliament.

The next question is: why was there such a massive desertion of Armenians during the second Karabakh war? For various reasons, the majority of the Armenian people simply did not want to fight against Azerbaijan! So they prefer peace with Turkey and Azerbaijan.