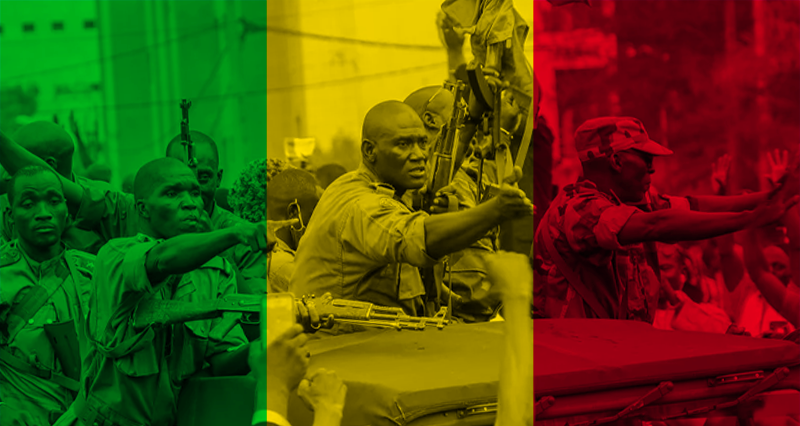 The Chief of Staff of the Malian Armed Forces declared that the operation took place jointly between ground and air forces, cleaning up the whole region. The region is reported to be a hotspot for extremist terror activities.

Mali has been fighting since years against jihadist terrorists on its soil. During years, that struggle has been led by France and UN forces. But, as the Malian Minister of Refoundation, Ibrahim Ikassa Maïga stated to United World International back in January 2022, French leadership brought Mali to the edge of becoming “a failed state”.

Since the advent of the transitional authorities, the Turkish-Malian partnership has diversified in several areas, hence the initiative of the Turkish course project for military personnel within the framework of cooperation between the Ministry of Defense and Veterans Affairs and the Turkish Embassy in Bamako.

The Minister of Defense and Veterans Affairs, Colonel Sadio Camara and the Turkish Ambassador to Mali Murat Mustapha Onart, paid a visit on Thursday, March 31, 2022 to the new Turkish language center at the Gendarmerie School , Squadron Leader Barracks Balla Koné. The two personalities had come to learn about the existence of the new Turkish language learning center but also to inquire about the working conditions of the said center.

The two officials held a one-on-one meeting along with talks with delegations behind closed doors.

According to the Turkish Defense Ministry, Akar and Camara addressed bilateral and regional defense and security matters, as well as cooperation in the defense industry.

Another ally of Mali in the fight against terrorism is Russia. On last Wednesday, Mali formally received two helicopters, radar, and other equipment brought by a Russian transport plane to a military base at Bamako airport.

The delivery adds to at least four helicopters and weapons provided by Russia under closer ties forged by rebel colonels who seized power in 2020.

The Malian Chief of Staff described the delivery on its website as “fruit of a sincere and very old partnership”.

Protests from the US and Europe

Mali’s anti-terror operation was criticized by the United States. Relying on “many reports” and “other reports”, the State Department claimed that “perpetrators were unaccountable forces from the Kremlin-backed Wagner Group”.

The US Department of State demanded from the Malian government to “grant access to the United Nations Multidimensional Integrated Stabilization Mission in Mali (MINUSMA) to conduct a rigorous investigation”.

US-led NGO’s such as Human Rights Watch claimed the killed people were not terrorists but civilians, calling the operation in Moura an “atrocity”.

Taking up the HRW claim, French media tied to put the blame on the Russian Wagner Group. “There was a very particular context,” behind what happened, said terrorism specialist Wassim Nasr to France 24. “Since many weeks the Malian military – helped with Russian elements – is trying to make a kind of surge in the central region of Mali.” He claimed the operation was conducted relying on “bad intelligence”.

Following the establishment of a transitional government that criticized French domination of the country and reached out for other country’s support, France had to withdraw its troops from Mali. Led by France, both the ECOWAS and the European Union have imposed sanctions on Malian government authorities.

In a report to the UN Security Council dated March, 30, the Secretary General acknowledges Mali’s success in the fight against terrorism: “The reporting period was also marked by intensified offensive operations by the Malian Armed Forces, which resulted in both a decrease in reported (terror, UWI) incidents and in the voluntary return of internally displaced persons.”

Adding this had contributed to an enhanced sense of security by the population”, the report points to “allegations of serious human rights violations”.

Increasingly condemned to watch that process from outside, Western sources are expected to present more “reports” on atrocities.

Progressing military cooperation with Russia, adding possible new resources from Turkey, the Malian government meanwhile seems to be decided to continue its fight against terror and reestablishment of state authority with vigor.