The escalating crisis in Libya 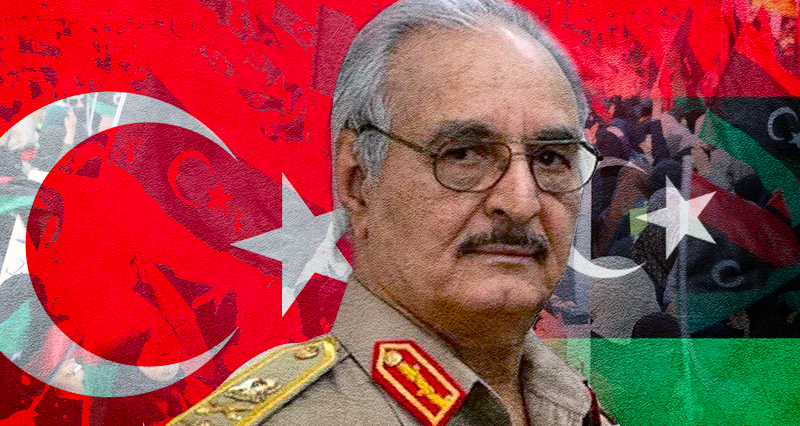 The political crisis in Libya, where tensions between the two rival coalitions have reached their peak, is deepening. On March 22, Fathi Bashagha, the Prime Minister of the so-called Government of National Stability appointed by the House of Representatives in Tobruk, issued a decree preventing any decisions taken by the Tripoli-based Government of National Unity (GNU) led by interim Prime Minister Abdul Hamid Dbeibeh. The document, signed by the head of the new government (which is not recognized by the international community), prohibits “the heads of institutions, departments, public bodies, public commercial companies and mayors of cities” from implementing “any decision taken by the national unity government, which has legally terminated its powers.”

Fathi Bashagha demanded that state agencies, government companies and municipalities stop interacting with Abdul Hamid Dbeibeh’s Government of National Unity (GNU). This is another step in the struggle for power between Libya’s two governments. Libya has had two governments again since February. One is internationally recognized, established with the cooperation of the UN. This government is headed by Abdul Hamid Dbeibeh. The second was established by the parliament, the House of Representatives. Fathi Bashagha heads it.

Bashaga has the support of Libya’s strongest field commander, Khalifa Haftar. This general tried to capture Tripoli in the past. However, Turkey stopped his offensive in 2020 by supporting the army and field commanders of Western Libya. Now, Haftar is not liked in Western Libya. And despite the fact that the people there previously considered Bashaga to be their own, now they do not want to see him in Tripoli because of his cooperation with Haftar.

Are elections on the horizon?

The key problem in Libya is the need to hold elections. In fact, an interim government headed by Dbeibeh was created to hold elections. And Bashagha is also only claiming the role of interim prime minister. In Libya, however, any interim government can rule indefinitely. Presidential elections were supposed to be held in Libya back in December 2021. However, they never took place.

One of Bashagha’s recent statements raises the question of whether Libya will ever hold parliamentary and presidential elections in the near future. Fathi Bashagha said that elections cannot take place when there’s division and conflict, adding that initiatives aimed at holding parliamentary elections only in some areas rather than others could create fragmentation and partition.

But Bashagha’s and Haftar’s actions are creating exactly that situation. The western region of Tripolitania, home to about two-thirds of Libya’s 6.8 million people, is under the control of Abdul Hamid Dbeibeh. The latter has no intention of resigning, does not recognize Bashagha’s government, and has presented a plan to hold parliamentary elections by June.

A week ago, Under Secretary General Rosemary DiCarlo told the UN Security Council that the UN initiative to convene a joint committee from Libya’s rival House of Representatives and High State Council to reach an agreement between both bodies “on a constitutional basis that will lead to elections this year” had received support.

The existence of two competing governments actually reduces the prospects for elections this year. The diplomatic process is now in the hands of the United States and the United Kingdom. U.S. citizen Stephanie Williams as the Special Adviser to the Secretary-General on Libya is playing an active role. Russia’s opinion is practically ignored in the process. This approach is extremely shortsighted. Moscow, despite the war in Ukraine, continues to play a crucial role in other parts of the planet, including Libya. Trying to ignore Moscow is another possible reason for disrupting future elections.

There are also reports from Libya that representatives of Bashagha’s government have occupied government buildings in Sabha, the capital of Libya’s southern Fezzan region. Earlier, Bashagha representatives occupied Libyan government offices in Benghazi, in the east of the country. This happened with the direct force support of Khalifa Haftar’s units. Bashaga and Haftar are splitting Libya. However, they have no prospect of taking Tripoli.

In the current situation, it is obvious that Haftar and Bashaga are trying to usurp power. But they will not succeed. Russia, which previously had supported Haftar, has withdrawn its troops from the key city of Sirte, Libya’s oil capital according to numerous reports. Now any attempts by Haftar to block oil exports can be stopped by taking Sirte. Militias from Misrata or Tripoli can do that. And if Haftar fails to block oil exports from Libya, he has already lost. He has no other leverage. The National Oil Corporation of Libya and the Central Bank are subordinate to the government of Abdul Hamid Dbeibeh. This means that Haftar and Bashagha will have no money. All their attempts to seize power are doomed to failure. Bashagha’s attempts to enter Tripoli three weeks ago were unsuccessful. If he and Haftar try to attack Tripoli again, they will be stopped as in 2020.

The end of Haftar?

In general, has Libya maybe a chance to get rid of Haftar, while all international players are more involved in the events in Ukraine? It is quite possible that this is a realistic scenario. Haftar has played a predominantly destructive role in Libya in recent years. The mistake of Moscow, Abu Dhabi and Cairo was to support Haftar. He has become the most toxic leader in Libya. By putting Haftar on, these countries have weakened their influence in Libya. By continuing to support him, they will not be able to achieve their ultimate goals.

The U.S. and EU countries, on the other hand, are responsible for the civil war in Libya, which has been going on intermittently since 2011. The level of U.S. popularity in Libya is extremely low. Moreover, the U.S.-Russian geopolitical confrontation and the conflict in Ukraine are leading to a zero-sum game in other regions of the globe, including Libya. Whomever the Russians support will not be supported by the Americans and vice versa. Moscow already favors Fathi Bashagha more than Haftar. Earlier, the U.S. tried to negotiate with Bashagha. However, against the backdrop of Russian support, they intensified contacts with Abdul Hamid Dbeibeh.

Turkey is the only NATO country that is neutral in the Ukrainian crisis. Turkey is the country that Libyans trust. And in the current circumstances, only Turkey can play a constructive role in resolving the situation in Libya. Obviously, it is important to take Haftar out of the game – he is a source of instability, having previously tried to play with the Americans, the Russians, the Egyptians and the UAE. Turkey could act as a key player in Libya and facilitate negotiations between Bashagha and Dbeiba with Haftar out of the process. It might be worth considering who could replace him as head of the Libyan National Army.

Turkey’s mediation efforts as an alternative to U.S. mediation would be received with great enthusiasm by Russia. Perhaps now is just the right opportunity to convince Russia to withdraw its support for Haftar; Turkey has every opportunity for such a diplomatic game. In this case, Ankara and the people of Libya would be the main winners.