Ukraine: Where the path of history changed 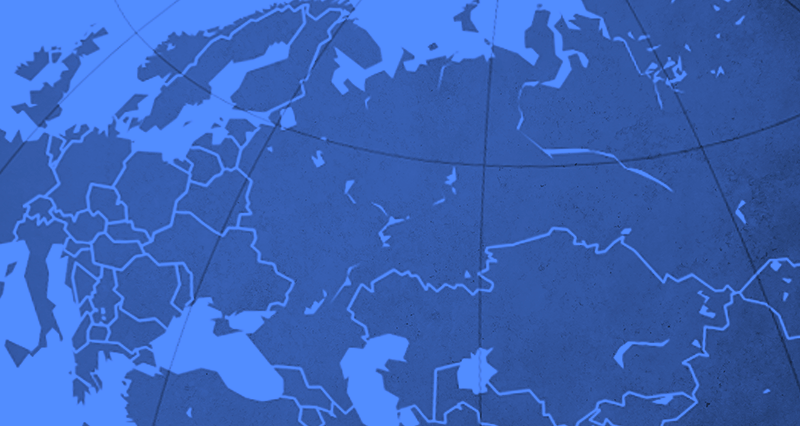 It is a big mistake to reduce Russia’s intervention to Ukraine to the category of war.

What is going on is much more than a war. Following a long process, it is the moment where the Western advance has been stopped.

Moscow’s forward step is irreversibly changing the balance of a world that has been revolving around the West.

This is the reason why the Western political elite and media attacks Moscow, using all instruments at hand, and why the Western societies react in a way that reminds of a hysterical crisis.

The helpless waiting of NATO, the war machine of the West, on the Polish border is the biggest proof of their defeat.

We are in a still incomplete process that can in its consequences be compared to the conquest of Istanbul, the French Revolution of 1789, the Vienna Congress of 1815 or the disintegration of the Soviet Union.

In order to understand the magnitude of the rupture, it is useful to list the first results:

Foundations of the Western-centered financial system are shaken

1. Although Russian President Vladimir Putin declared at the beginning of the process, “We will not disrupt the global economic order”, the Ukraine conflict has shaken the foundations of the Western-centered financial system.

In the words of the CIA mentor George Friedman, “All the abstractions of finance resolve themselves at this point.”

In other words, the ineffectiveness of the anti-Russian sanctions showed the world that the “global financial system” card in the hands of the West is not as effective as they thought it would be.

While Asian countries advance policies of de-dollarization policies among themselves, “US dollar” – imposed on the world by the Bretton Woods Agreement – is losing its instrumentality.

The alternatives that Russia has developed against systems like SWIFT etc., show the world that the West is not unrivaled in terms of economic tools.

On the other hand, with the increase in energy prices, European countries fell into an economic crisis with an uncertain end. This situation will inevitably have political results in the upcoming period.

The result indicates that the West is not economic center anymore and has gradually turned into a peripheral.

2. It has become obvious that the West lacks the capacity to act united. The Paris and Berlin axis clearly differs from the United States concerning the policy against Russia, despite their powerful discourses.

This shows that Europe’s substantial needs such as energy and security concerns outweigh the stalely “new cold war” arguments of the USA.

Josep Borell’s statements, who leads European foreign policy, that “we made mistakes and pushed Russia away from Europe” are valuable. Borell has made it clear that Europe wants to follow a different path from the United States regarding relations with Russia.

The United States is aware that in the medium term, Europe and Russia will come together again if Ukraine suffers a decisive defeat. In such a case, Europe’s becoming part of Eurasia and Euro-East economic relations will both accelerate.

Unfortunately, the USA might engage in new provocations, including “nuclear” ones, through Ukraine in order to undermine this process.

Cultural decay of the West has become obvious

3. The cultural decay of the West is obvious. Banning the works of Russian artists, expulsion of Russian students from universities and sanctions imposed on media point to the dilemma the Western civilization suffers.

This hysterical crisis, which targets Eastern societies as a whole through Russia, causes a profound questioning of Western claims of “civilization”.

This will of course limit the cultural exchange between West and East.

This crisis will make Westerners start questioning “Western civilization’’ in the times ahead, which is provides hope for humanity.

When we look at the process after the Ukrainian crisis as a whole, we discover that the West is on the edge of a certain defeat in military, political, economic and cultural terms.

Yes, we are at the beginning of a new era.

It is an era when those, who are not stuck in Western-centered intellectual, economic, political and cultural prisons, will survive.