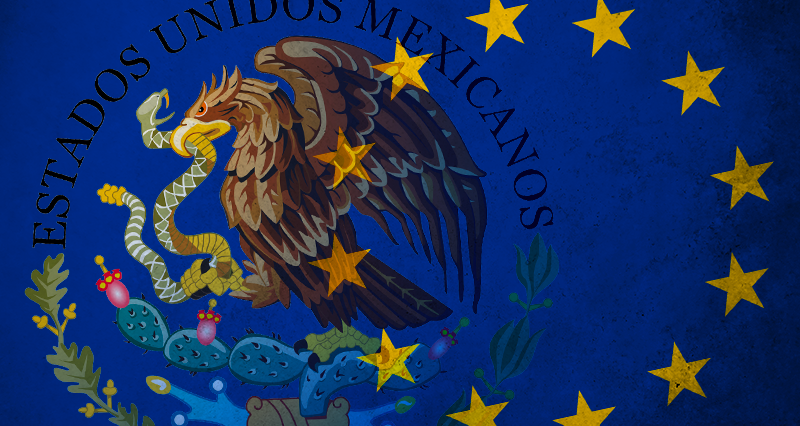 On March 10, the European Parliament approved a resolution “on the situation of journalists and human rights defenders in Mexico”. The resolution states “Mexico has long been the most dangerous and deadliest place for journalists outside an official war zone”, is “worried about a legislative proposal was recently presented to the Congress seeking to bar any NGO that receives foreign funding from attempting to influence legislation”, and “calls on the authorities, and in particular the highest ones, to refrain from issuing any communication which could stigmatize human rights defenders, journalists and media workers, exacerbate the atmosphere against them or distort their lines of investigation; calls on those authorities to publicly underscore the pivotal role played by human rights defenders and journalists in democratic societies”.

The Mexican government’s proposal for a energy reform that would limit foreign companies activities and strengthen the state-owned-enterprises is considered as a main background for the conflict.

The government of Mexico has published a written statement in the response to the European Parliament’s resolution on March 12. Below we document the statement as translated and published by Morena International, the international relations department of the governing MORENA party.

STATEMENT FROM THE MEXICAN GOVERNMENT TO THE EUROPEAN PARLIAMENT

To the Members of the European Parliament:

Enough of corruption, lies, and hypocrisy.

It is regrettable that, like sheep, you have joined the reactionary and pro-coup strategy of the corrupt group that opposes the Fourth Transformation, which is promoted by millions of Mexicans to confront the monstrous inequality and violence inherited from the neoliberal economic policy that for 36 years was imposed in our country.

Members of the European Parliament, you should know that Mexico is no longer a land for conquest and, as on very few occasions in its history, the libertarian principles of equality and democracy are being applied. Here no one is repressed, freedom of expression and the work of journalists is respected. The State does not violate human rights as it did in previous administrations, when you, by the way, maintained complicit silence.

Mexico is a peaceful country that has chosen non-violence and we are in favor of dialogue, not war. We do not send weapons to any country under any circumstances, as you are currently doing.

If we were in the situation you describe in your pamphlet, our president would not be backed by 66 percent of the population, as published yesterday by the Morning Consult poll that places Andrés Manuel Lopez Obrador in second place among the main world leaders. Incidentally, he has higher approval ratings than the European heads of state.

For the next time around, become informed and carefully read the resolutions presented to you before casting your vote. And do not forget that we are no longer anyone’s colony. Mexico is a free, independent, and sovereign country.

Evolve, leave behind your interventionist mania disguised as good intentions. You are not the world government and do not forget what that giant of the Americas, President Benito Juarez, said: “Among individuals, as among nations, respect for the rights of others is peace.”