Putin is ready… How about Zelensky? 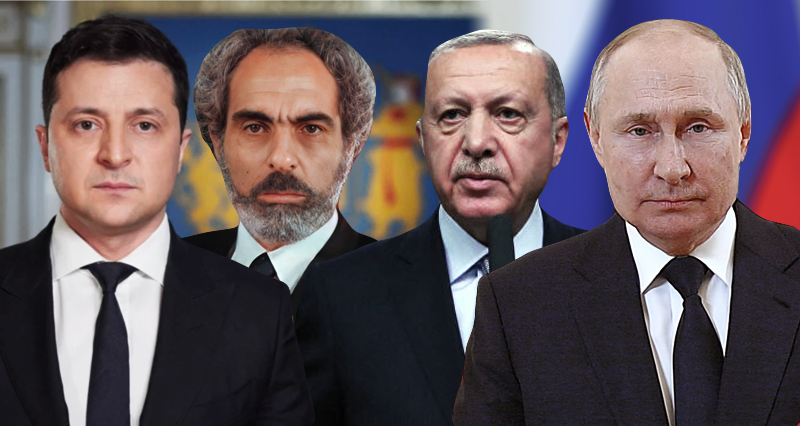 Russia’s military operations in Ukraine have entered the third week. It doesn’t matter how they’re named – war, special operation or military acts. The fact is that today the Ukrainian and Russian armies are fighting face to face. I have no intention to compare the armies of the two countries, because the Russian army is one of the strongest in the world.

However, as expected, the military operations of the Russian army did not last 2-3 days. The military operations have been going on now for 20 days. There are those who approach this issue from a different perspective. The Western media interprets this fact as a strong resistance of the Ukrainian people. It seems they are encouraging Ukrainians to fight against Russia to the end. But the West is just a spectator. Despite financial support and military equipment, no NATO troops want to fight in Ukraine, because they know about the strength and determination of the Russian army.

The West is just a spectator

But why is the Russian military-political leadership not trying to end the war in Ukraine in short time? After all, there are Russian soldiers in almost all cities of Ukraine, and every day, along with street battles, military air strikes are launched. Almost all of Ukraine’s military potential has been destroyed. What prevents Kremlin from hitting the last blow? Is the Ukrainian army really resisting, as it is reported? Or is it that Vladimir Putin follows different plans.

In my opinion, Russia’s goal is not to occupy Ukraine in the short term. Moscow does not need it. On the contrary, as military operations drag on, Ukraine’s views on Europe and NATO are changing, and this is exactly what Vladimir Putin wants.

That is, Ukraine should renounce its desire to join the European Union and NATO, remain neutral and maintain normal relations with all its neighbors, and put an end to the policy of discrimination against the Russian-speaking population in Ukraine. It is under these conditions that Ukraine can once again become a country of peace and prosperity.

In fact, the third round of the talks between Ukrainian and Russian delegations and the inconclusive outcome of the meetings of the foreign ministers of the two countries in Antalya show that the parties have not backed down from their demands and desires.

Russia will not back down from its demands. That is due to the fact that Ukraine’s accession to NATO would lead to the disappearance of the state called Russian Federation from the world map after 20 years. In this regard, Moscow has no intention of making concessions to NATO and is determined to continue military operations.

Today, the Ukrainian leadership is facing the disappearance of Ukrainian statehood. Today, all military infrastructures in Ukraine have been destroyed. Administrative buildings and social institutions have been destroyed and more than 2 million Ukrainians have fled their homes with Ukraine becoming a country like Syria. The only party that has to compromise in today’s talks is the Ukrainian side, Volodymyr Zelensky.

As President of Ukraine, Zelensky must first and foremost consider the interests of his people and his country. What is important for Ukraine today is an immediate cessation of hostilities, a return to normalcy in Ukraine, the restoration of destroyed infrastructure and the return of Ukrainians to their homes, and a normal neighborhood policy in Ukraine’s foreign policy with all its neighbors.

A real leader, a real president must achieve that. It is a great historical mistake to believe in false promises with no prospects and to lead the country into the abyss. The Ukrainian people only will suffer from that.

Looking at what is happening in Ukraine today, I remember Azerbaijan in 1992: Two leaders of the same character – Zelensky and Elchibey. Both are people who have won the hearts of the people, but have no experience in statesmanship.

Zelensky’s confrontation with Russia, ignoring the current geopolitical reality, is a repetition of the mistakes made by Abulfaz Elchibey, former President of Azerbaijan.

If Zelensky wants to save his country from the abyss, he must repeat Elchibey’s final decision.

It is necessary to invite a professional like Heydar Aliyev, who can save Ukraine from this abyss.

What can Turkey do?

Only Recep Tayyip Erdoğan can arrange a meeting between Zelensky and Putin, which is also possible to take place in Turkey. Putin has already said he is ready for such a meeting. Is Zelensky ready for it? To save his country from the abyss and to act in the interests of his country, not the West?!