“Turkey should withdraw from NATO” 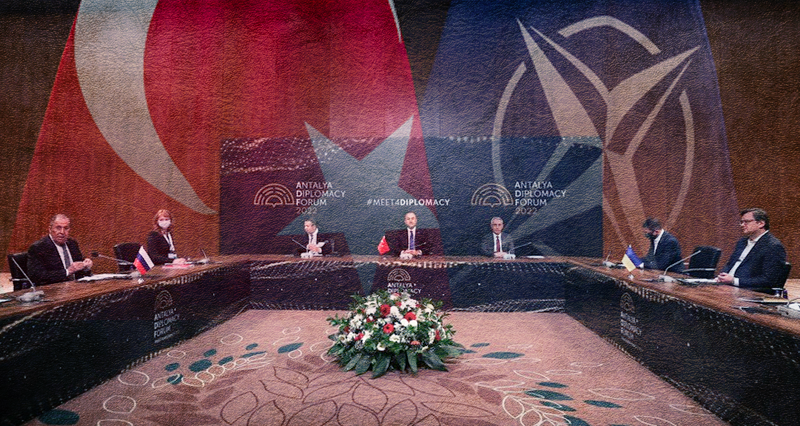 Turkey’s security interests demand that the country withdraws from NATO. This is the opinion expressed by United World International expert Yunus Soner in an interview to the Chinese CCTV.

UWI presents below the interview as published by CCTV. The original interview can be read here.

On March 10, the Russian Foreign Minister and the Ukrainian Foreign Minister held talks in Turkey. This is the highest-level meeting between Russia and Ukraine so far since Russia launched a special military operation in Ukraine on February 24. In this regard, all sectors of Turkey have paid great attention to it. In an interview with a reporter from China Central Radio and Television, Turkey’s international affairs expert Soner said that Turkey’s provision of a platform for the Russian-Ukrainian foreign ministers’ talks is a positive step taken by Turkey to oppose NATO’s eastward expansion.

Soner has long been concerned with the international situation and has a good understanding of the historical latitude and longitude of the Ukraine crisis. Regarding the Russian-Ukrainian foreign ministers’ talks just held on the 10th, Soner believes that this is a positive attempt to resolve the Ukrainian crisis diplomatically. He adds it is also a favorable occasion for Turkey to oppose the eastward expansion of NATO with a stronger voice.

Soner believes that the Ukrainian crisis only occurred on the surface between Russia and Ukraine. In fact, he argues, has the crisis stemmed from the United States trying to maintain its unipolar international order as a global hegemon, while Russia wanted to push the world pattern towards a multipolar direction. The United States squeezed Russia’s living space through NATO’s eastward expansion, resulting in intensified competition among major powers and the escalation of the situation. The Ukrainian crisis is a manifestation of a great power struggle.

Soner said that the reason why Turkey has been actively mediating in the Ukraine crisis is firstly because Turkey has close economic and trade ties with Russia and Ukraine in the fields of energy, agriculture and tourism. Secondly, starting from Turkey’s own security needs, the Russian-Ukrainian crisis should be resolved as soon as possible.

Soner said that NATO not only supported three attempted military coups in Turkey before, but also continuously financed and supported hostile forces that threatened Turkey’s security in the Eastern Mediterranean, Syria and other regions. Therefore, he concluded, should Turkey withdraw from NATO.