Lula is coming back 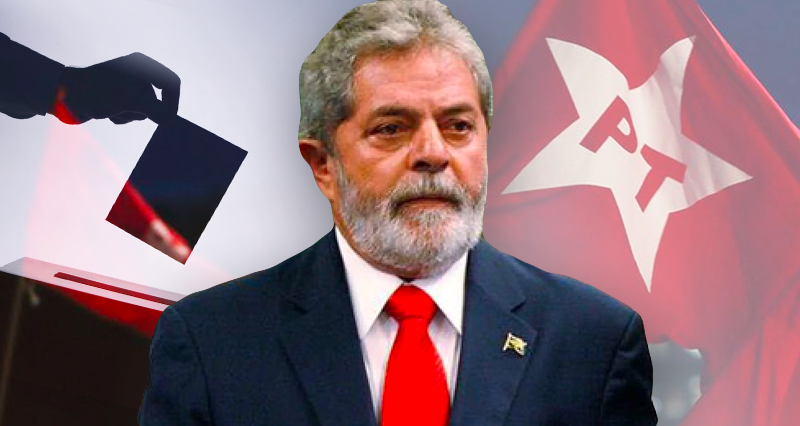 On an 18-hour bus journey, passengers who begin their journey as strangers, somewhat suspicious, and demure in behavior, end the journey stripped of formalities (and shoes), becoming more trustful with each other than with their own families. Such a long trip would be enough to cross several countries in the world, but in Brazil, the route takes us through just two of its 27 territorial entities. In fact, those who lived through the prelude to the last military dictatorship in the South American giant (1964-1985) say that the fear of the leadership of Brazilian generals (and of the United States government) was not that Brazil would become a “second Viet Nam”, but rather than that -because of its dimensions – a second China (it is worth saying, communist). And, among other reasons, it was for this reason that the White House became directly involved in the overthrow of João Goulart, who is ultimately suspected of having been assassinated while in exile in Argentina (1976), by agents of the Plan Condor.

Little has remained of what, in that tumultuous decade of the 1960s, Brazil could potentially become and do, inspired by the USSR, the Cuban Revolution, Vietnam and China. We have to go back to the governments of Luiz Inácio Lula da Silva (2003-2010) to use the formula that “another world is possible”; to speak of a fair redistribution of wealth, of social programs reducing inequalities and the poverty line, which today has increased and become more solidified with Jair Bolsonaro. In the name of hope for a Brazil of the people and for the people, we have to talk about next October 2, 2022, when the general presidential elections will take place. In these elections, vice president, national and state parliamentarians, state governors and deputy governors, as well as representatives of the Legislative Chamber of the Federal District (Brasilia) will be elected.

It is in this context, marked by a new capitalist crisis, the Covid19 pandemic and recent events in Ukraine, as well as aggravated by Bolsonaro’s disastrous management, our bus trip takes provides a great opportunity of insight. On that bus, the confidence of not feeling judged prevailed in the certainty of being in equal conditions, because “we are all in the same boat”. We occupied the same type of seats, and, furthermore, we have spent many hours, many more than we would in the comfort of our private car, sharing experiences and opinions about life and the reality that surrounds us. In this bus, spontaneously, the precious focus group that sociologists from advertising agencies and electoral campaigns would long for emerged. A survey with 0% margin of error to “listen to the street”. The result was unequivocal: if the majority of the population in Brazil thinks and votes like our companions on the trip from Foz de Iguazú (the triple border: Argentina, Brazil and Paraguay) to Sao Paulo, the industrial and business mecca of South America, then: “Lula comes back”.

Why is Lula coming back?

Synthesizing the responses of the travelling focus group: “Because with Lula I was able to buy my house, my car and send my children to university”; “because with Lula, there was meat on the table every day”; “because with Lula the ‘ cafezinho’ was free for everyone, and now I don’t have enough money for coffee”. “Because I studied thanks to him, I fixed my house, I had surgery,” and “because we did understand him, Lula was like the people are.” But there was also criticism of an important part of Lula’s political base: the Workers’ Party (PT). Fortunately, Lula’s political base, which could be decisive in the next general elections, is not limited to the PT, however, these demands must also be heard. Our bus passengers, as is the case across the board in Latin America and other regions of the world, no longer trust traditional political parties.

Thus, the Brazilian Workers’ Party, “the largest party in Latin America”, has not been spared from criticism of party structures, nor from the discredit that refracts the lack of faith and rationality in politics itself. In fact, I could observe this among the ‘Petistas’ themselves (as PT followers are called), as many of them told me: “I am not going to vote for the PT candidate for governor of my state, but I am going to vote for Lula for president.” There are states governed by the PT, where public policies do not differ or contradict those applied by the federal government led by Bolsonaro. It is worth remembering that, in the last general elections of 2018, the PT lost four states that it had traditionally won since 2002: Amapá, Amazonas, Minas Gerais and Rio de Janeiro.

To be fair, at the media level, the right wing, the extreme right and Brazilian conservatism have done a lot so to ensure public opinion focuses only on the PT when it comes to corruption and party politics. In order words, and as absurd as it may appear, it seemed that the phenomenon of corruption, corruption itself had joined the Workers’ Party, while the rest of the political actors (including Bolsonaro here) and the party structures had escaped from the political logics that corrode the human being.

It is only worth mentioning that Michel Temer, of the Brazilian Democratic Movement (MDB) party, by orchestrating a parliamentary coup disguised as an impeachment, accused Dilma Rousseff (2011-2016) of corruption in her management. But when Temer arrived in Planalto – the Brazilian government palace – he is known to have done exactly the same thing as Rousseff, moving money from an account that had funds to another that did not. The difference is that Dilma did return those funds to her original account, while Temer changed the laws to dispose of public money at will, and, furthermore, avoided being judged for it: “done the law done the snare.”

For the current Brazilian president, there is no crisis of capitalism (that is, socioeconomic), there is also no climate or environmental crisis, which the deforestation of the Amazon can worsen, there is no health and epidemiological crisis caused by Covid19. For Bolsonaro, only two crises matter: the fuel crisis and the fertilizer crisis. In a few words, what worries the Brazilian head of state is business: agribusiness.

Let us remember that Bolsonaro has been an active denier of the Covid-19 virus and an anti-vaccine militant. In a country with 30 million positive cases and 700 thousand people deaths from Covid, the federal government refused to purchase vaccines and it was the state governments that went out to procure the doses, with terrible results for the population. Sanitary control measures in Brazil, as in other Latin American countries, do not come down from bureaucratic paper or the written norm to the daily and practical life of citizens.

Regarding the environmental issue, shortly before the latest military events on Ukrainian territory, Brazil was shocked by the tragedy of February 15, when in Petropolis, in the state of Rio de Janeiro, when heavy rains caused a landslide that swept away much from a low-income community built in a mountainous area. The number of deaths amounts to 233 people. Hundreds of people lost their homes and many will not be able to rebuild them, leaving them homeless. Bolsonaro blamed the families and the conditions in which they lived.

In relation to the recent events between Ukraine and Russia, Bolsonaro has described his stance as a “policy of balance”. The Brazilian president pointed out: “Brazil does not have the capacity to mediate or resolve this conflict. Both (Kiev and Moscow) are our trade partners, that is why Brazil keeps a balanced position.” Planalto’s position differs from Itamaraty (Brazilian Foreign Ministry), the Minister of Foreign Affairs, Carlos França, at the United Nations strongly condemned “the Russian invasion”.

It is important to clarify that the beginning of a new armed phase of the historical conflict in the framework of the Russia’s liberation of the people’s republics of the Donbas, Donetsk and Luhansk region, has been politically distorted and has been widely publicized, in Brazil and the world, as “Russia’s invasion of Ukraine.” We differ from this simplistic and opportunistic characterization of events.

Of course, both Bolsonaro and his foreign minister have been forced to go out and clarify their official positions in the media and deny any “short circuits” between Planalto and Itamaraty.

Bolsonaro has made an effort to explain his “political balance” between Russia and Ukraine, arguing that he depends on the import of Russian fertilizers for agribusiness in his country. However, in economic terms: How much does Brazil depend on Russia? The South American giant is not among Russia’s main trading partners, and vice versa.

In relation to fertilizers, Brazil is the world’s fourth largest consumer (behind China, India and the United States) and the number one importer of fertilizers for agriculture. Brazil imports more than 80% of the fertilizers it needs for its agricultural processes. In this framework, Russia provides Brazil with at least 20% of the fertilizers, so, although it can certainly complicate its national food production, the Brazilian government has possibilities to diversify its suppliers and thus cover the demand that it resolved with Moscow.

It is worth noting that Brazil and Russia make up, along with India, China and South Africa, the emerging BRICS economies, and that, in February 2022, Bolsonaro paid an official visit to Putin. However, outside the link through the BRICS, the Brazilian president is little known, and even less appreciated, by the Kremlin.

The erratic policy of Jair Bolsonaro helps Lula return to power. This is not a minor element. Beyond the fact that Lula returns because he is Lula, because it is necessary and urgent for the Brazilian people, in a region, Latin America and the Caribbean, which is once again reconfiguring itself, after the arrival of right-wing governments and a conservative reaction that continues to hit hard.

Poverty and unease, corruption and little government empathy have subjugated this emerging economic power. However, hope is just around the corner. In this framework, the role of the press will be decisive, because although Bolsonaro has fought with the big Brazilian media (Globo, UOL, Folha de Sao Paulo), it is very likely that these media emporiums, between Lula and Bolsonaro, with certainty will try to tip the balance in favor of Bolsonaro.

The October battle will then be between the Brazilian people who take the bus, the vast majority of the country, and the media emporium. Let’s see how this new class struggle ends.