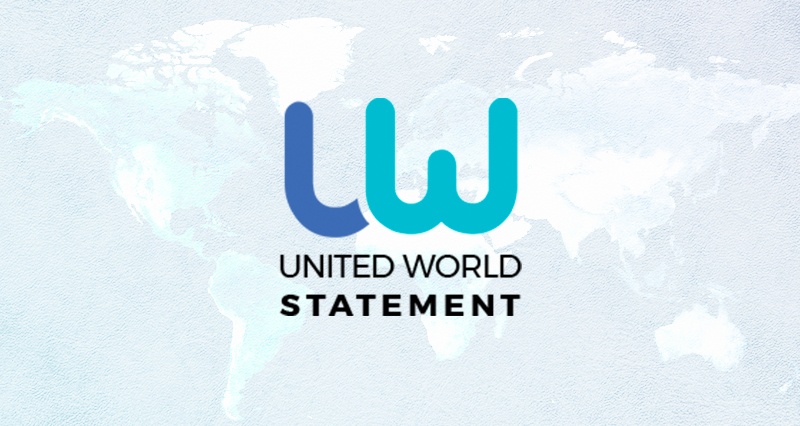 On March 3, the United States Department of Treasury announced that United World International would be included into the Ukraine/Russia related sanctions list. Washington’s decision of unilateral sanctions obviously aims to keep alive the unipolar world and the American hegemony. The measure against UWI is a continuation of previous US sanctions against Iran, Syria or Turkey, when the latter has decided to purchase the S-400 defense system – all actors which the United States considers as obstacles.

United World International is part of the Görev Foundation (Turkey) and publishes from Turkey. UWI has always sided with the struggle for a multipolar world and with the oppressed and emerging countries’ efforts to establish and defend their national sovereignty. Our website has supported the establishment of strategic political, military, economic and cultural cooperation between countries in order to stop US aggression and achieve global peace and welfare. For that purpose, UWI develops with contributions from experts and authors from the five continents strategies to solve problems ahead of humanity and deliver ideas to conflicts from Cyprus to Taiwan, from Karabakh to Libya, from Kashmir to the Malvinas.

These ideas and strategies developed within the framework of the project of a multipolar world have been echoed all around the world. Mainstream media organs as well as academic periodicals all around the world in dozens of different languages have cited articles, analyses and comments published by United World International. Topics that were opened by UWI to discussion were taken up and discussed in various parts of the world.

On these days, when the Atlantic Era comes to its end and the sun rises with the Eurasian Age, Washington’s decision to impose sanctions on United World International will only push us to work even harder and to produce more to serve the abovementioned goals. We are inviting everyone to contribute and cooperate so that we can develop the United World International to become an even more in-depth, rich and influential website.

Editorial Board of United World International, 8th of March 2022