“The sanctions imposed on Russia would also affect Europe” 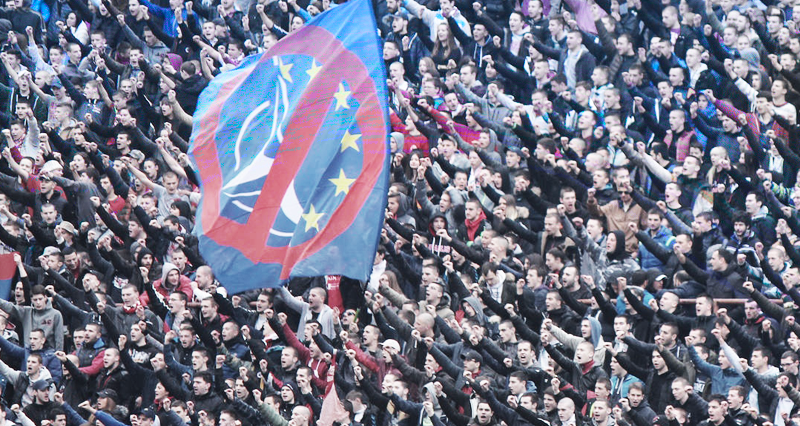 Below we publish the interview as printed by Aydınlık. The original interview can be read here.

What kind of a roadmap will the EU and NATO follow after the start of the Russian military operation in Ukraine? The United States, the EU and NATO have announced that they will not put up a military response, and instead have declared economic sanctions against Russia.

Among the most discussed items on the sanctions agenda is the NordStream 2 pipeline.

The Russian President Vladimir Putin has decided to terminate the Ukrainian crisis, which had been luring already for many years, with a military intervention. Russian troops have crossed into Ukraine from several fronts at the same time at the dawn of February 24th. In terms of the military forces, the frontlines, the objectives and the political will behind this military determination, Russia has proven to be superior to the United States, NATO and the EU in every aspect.

Neither the United States, nor the NATO or EU have taken any effective action against Russia. Their announced economic sanctions have not caused an impact.

The critical issue here is the European dependency on Russia in energy resources. The energy prices in Europe, which has already been having problems with the Covid-19 pandemic, have reached the peak of the last four decades. It is also now a matter of debate what stance the Berlin government will take, having invested billions of dollars in the NordStream 2 pipeline that will transport Russian gas to Germany.

Moscow State University Professor Mehmet Perinçek spoke to Aydinlik Europe on these issues. Stating that Europe is heavily dependent on Russia in the field of energy, Perincek said that these sanctions against Russia would also affect Europe almost as much as Russia.

How would the cancellation of NordStream 2 affect Europe?

The United States is using the Ukrainian crisis not only against Russia, but also against Europe. One of the underlying factors of the Ukrainian crisis is the American goal to keep the EU under control and use it as its own instrument. NATO has lost its main purpose especially with the dissolution of the Warsaw Pact and the collapse of the Soviet Union in the 1990s, because its main had been the defense of the North Atlantic front against the threat of communism, the Warsaw Pact and the Soviet Union.

When this threat has “disappeared”, NATO no longer had any reason to exist. Since then, the United States has sought to make NATO useful in preventing the European Union from emerging as a rival to itself, to keep its former allies within NATO in check, and to use them for its own goals. And the recent Ukrainian crisis aimed to create a perception of a Russian threat in order to disrupt relations between Russia and Europe and prevent Europe from moving away from the United States.

There are some major projects between Russia and Europe in this sense. They have many trade partnerships, and one the most important of them is the NordStream 2 pipeline. The NordStream 2 project would provide cheap and an easy supply of Russian gas to Europe. This has great advantages both for the Russian side and for the Europeans. Cancelling this project would benefit neither the Russian side nor the European side. The United States is the only side that will benefit from this. On one hand the United States is eliminating the strategic energy cooperation between Russia and Europe. On the other hand, it is provoking Europe against Russia.

In addition to that, the United States is trying to make a profit by selling its own shale gas to Europe. However, it is not possible for the American shale gas or any other alternative to meet the energy needs in Europe. In this respect, cancelling the NordStream 2 creates a large crisis for Europe. In fact, Medvedev said in a statement about the suspension of approval of the NordStream 2 pipeline, “I think the Europeans are okay with paying 2000 euros for gas”.

Do you think the European citizens are insistent on cancelling the NordStream 2, or do not agree with their governments?

We can say that the perception of a Russian threat among the average European has actually changed quite rapidly and positively in the recent years. Of course, during the Cold War, there was a huge perception of a Soviet threat in Europe. There was a serious fear of Russia, China, etc.

However, when we take look at the recent public surveys, which I also reviewed and published in many articles, we see that one in every two citizens in France and Germany now considers the United States as a threat to world peace and their country. The perception of a Russian or a Chinese threat is decreasing within European society in the surveys conducted by Europeans, other Westerners and even Americans. The fact that the United States is a threat to world peace, that it is trying to use Europe for its imperialistic goals, and that the crises created by the United States in different parts of the world, cost heavily for Europe as a refugee wave etc., have all increased the displease for Washington’s policies.

‘The Anti-NATO sentiment is rising in Europe’

While some serious objections were put up to this situation in Europe, the anti-NATO sentiment is also rising. When we take a look at the candidates in the French presidential elections, they all make some anti-NATO statements. The vast majority of them has been against NATO.

The United States has established some serious control mechanisms over Germany, and therefore we can say that there is a serious and intense American influence over the country. And this factor is constantly trying to draw Germany towards the Atlantic front.

The Germany that acts for itself meanwhile follows a policy of balance instead. It is closely cooperating with Russia and China on the basis of its own economic interests. However, the Germany for the United States tries to disrupt this status quo and play a role in suspending the NordStream 2 pipeline. This is not something the German public would prefer. There are already some popular movements emerging in Europe. Protests take place in major cities such as Paris, Brussels, Amsterdam and Vienna almost every Sunday, and there are some violent clashes. And these protests show the discomfort within the people in economy and in social life. And with the cancellation of NordStream 2 pipeline, this discomfort will even further increase. A spike in gas prices will trigger it. This, as we have said above, will increase the discomfort within the public.

Will it be easy to give up on NordStream 2, which was put up with a great effort by Merkel?

It is not easy to give up on NordStream 2. Significant investments have been made and the project is now in a situation where the gas is ready to flow by the push of a button. Therefore, the NordStream 2 pipeline is not only a few meters of laid pipes left in the middle of construction. It is a project of billions of dollars of investment and work hours.

In this context, giving up this project altogether will mean that all this investment is thrown away. In other words, it will not only mean the low supply of natural gas and an increase in prices, but also a waste of all these investments, time and efforts that have been made so far. So, I do not think there is any way of giving up on this permanently. In the ongoing process, both sides will take some various steps to find a common ground for the implementation of this project, which is in their mutual interests. The American loss of the global support will also play an important role in the implementation of this project, or rather, in it becoming fully operational.

How will the economic sanctions against Russia besides of the NordStream 2 affect Europe?

Sanctions against Russia, which began with the annexation of Crimea in 2014, are not only against Russia also statistically and numerically. These sanctions have hit Germany and Europe the most. Because Germany and other major European countries have very serious trade partnerships with Russia, and Germany suffered almost as big losses as Russia due to these sanctions.

Therefore, the United States indirectly sanctions Europe while implementing sanctions on Russia. These sanctions target actually all countries that have any trade with Russia. In this context, the sanctions from now on will not deter Russia from its persistence to defend itself, but will leave European countries in a very economically difficult position. For this exact reason, Germany has objected within Europe to the removal of Russia from the SWIFT system, and has played a role in stopping the implementation of such a suspending.

‘European interests do not consist in siding together with the US’

The Italian Prime Minister said that the economic sanctions should not include the energy trade. The Hungarian President also said such sanctions would deeply hurt Europe. How does this divisions of opinions in Europe affect the investments?

There is a serious division within the Atlantic front. This division is between the continental Europe and the United States. There are also some fierce discussions among the European Union members themselves. In fact, we saw that these divisions are getting deeper especially during the pandemic process. Italy had some heavy objections towards the European countries. You remember that the lack of support for Italy in the early stages of the pandemic, the consequent help of Russia and China, combined with the fact that European countries refrained from helping completely, had led to some protests among the Italian public by burning of European Union flags.

Again with the pandemic process, there has been a discussion about eliminating or restricting the Schengen Zone, drawing the borders a little bit more protective. The French President Macron has brought this up.

Therefore, the fact that there are serious debates within Europe, that Hungary decided to not participate in the actions against Russia and it became a member of the Organization of Turkic States, can show us some different trends. Croatia has also made a similar announcement, saying it would be not sending any troops. That is because the European interests no longer consist of siding together with the United States. Every member expresses the damage they have suffered from doing so all these years.

Especially the aggressive policies of the United States are creating major refugee waves, and cause serious reactions within the EU. Also, as I just said, suspending trade with Russia or imposing sanctions limiting that trade would also mean an embargo on Europe. Therefore, it would not be wrong to predict that some different voices will be raises within the European Union in the upcoming period.