Ukraine will never be the same again 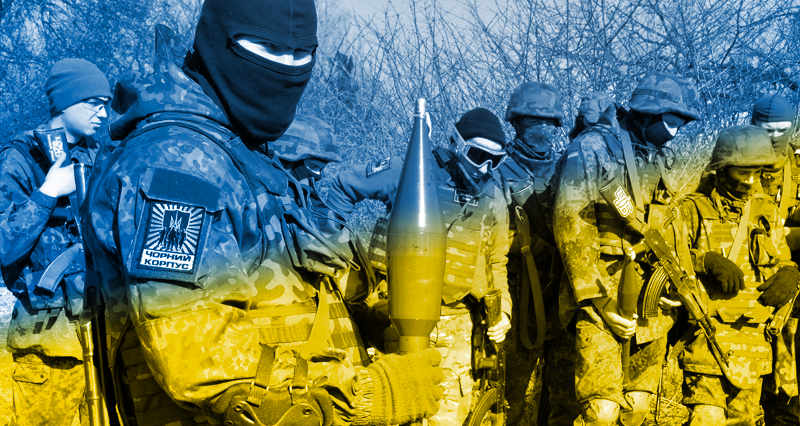 First of all, in the current situation, let’s demand seriousness, not cabaret. This is not the time, nor a place, for empty gestures and tearful “declarations of solidarity”. Responsible leadership should focus on the specifics. It is important not only how to de-escalate the Ukrainian-Russian conflict, but also how to limit its scope. Another set of issues will be finding oneself and facing the challenges of the political reconstruction of Ukraine (or perhaps its decomposition), and the new international order that is being shaped before our eyes.

We must also be fully aware that a politician such as Vladimir Putin would not ever take such a determined action – if he had not been forced to do so. And it is by no means a question of “absolving” anyone, as politics does not recognise such a concept. Simply, the real President Putin (not his media caricature) is an emblematic representative of a defensive strategy; the heir to Kutuzov, certainly not Suvorov. The order could only be issued when the Russian side had reliable information about the expected enemy attack… And not only against Donbas, but probably the Russian Federation itself. Vladimir Putin attacks only when this is the absolutely only form of defense. And it is hardly surprising that the Russians, instead of defending themselves just a few miles from Moscow again or worrying how to feed the people of Leningrad – preferred to land near Kharkov.

Of course, there were probably other factors as well. Over the past few months, it has been hard to resist the impression that the United States and the United Kingdom in particular are outright encouraging and almost forcing Russia to invade. And all this comes with an unequivocal rejection of Russian attempts to return to negotiations on the Donbas question, i.e. giving a real shape to the Minsk format, effectively sabotaged by Kiev. On the other hand, President Volodymyr Zelensky, also because of his original profession, should remember that when staring in the camera mirror, he should never call out three times “Putin! Putin! Putin!” – because a wish can come true and the call will be answered…

The Kiev junta screamed “Wolf, wolf!” so many times that nobody treated it seriously anymore, of course except in the sphere of media propaganda. Thus, the six-month-long threat of a Russian invasion took on the power of a self-fulfilling prophecy. Yet Vladimir Putin clearly, openly and publicly presented the Russian position. In the face of the Westerner’s désintéressement with the Minsk format – i.e. the peaceful denazification and federalisation of Ukraine – Russia has thrown another lifeline to the other side. The recognition of the sovereignty of the Donbas People’s Republics has clearly delineated the Russian sphere of interest. Let’s admit this is really cautious concerning the accusations against Moscow, but this was also not respected. “Putin is running away! Putin is over!” – they shouted, although the Russian president had not even started yet, as it turned out. The media offensive was also intensified, with a clear message: “Do not dare to defend yourself, because we will say that you started it!”. There was an attempt to play a game of chicken with Russia… and already a few months ago, I warned that Putin is not going to swerve first.

So since Russia had sanctions enacted against it already, since it was accused of aggression and invasion anyway, without having actually done anything, and the fact that the next step of the West would be a direct attack – a pre-emptive strike was the only option. Putin’s decision was elementary, when the costs are the same and delay would only be fatal.

In fact, the Ukrainian-Russian conflict itself should concern us as little as possible, in contrast to its potential consequences. Of course, the natural position of neighbors is to keep problems away from their own borders, looking to solve everything as soon as possible. This is what Belarus is doing by proposing talks in Minsk again. Also in the West, for example in France, there are voices discussing the need for urgent NATO-Russia talks (Éric Zemmour, who is running in the presidential election, supported the French initiative in this matter, of course adding a ritual condemnation of the Russian intervention). The Hungarian Prime Minister, Victor Orban, also took a balanced position. Unfortunately, we can be sure that most of the US Central European vassals, led by Poland and Lithuania, will not follow the path of reason and will not propose anything sensible. Reaching instead to the proven arsenal of appeals, summons, speeches, highlights, FB overlays and screams… And also spending taxpayers’ money to support the policy of a collapsing Nazi-oligarchic Ukrainian state.

Meanwhile, regardless of the result of the Russian intervention, Ukraine will not be the same anymore. We do not yet know the scope or assumptions of the denazification announced by President Putin. However, if we take it seriously, and the presence of the Russian troops adds seriousness to such a declaration – it can be concluded that the Russians do again the whole dirty job for other Europeans, as was the case during WW2. Because getting rid of the Nazi Banderites from Ukraine is indisputably in the common interest. We also do not know what the assumed military range of the operation is and whether it is assumed to cover the entire Ukrainian state within its current borders. Above all, however, we should remember that anyone who repeats “this is not the moment to demand anything from Ukraine” is a TRAITOR or a fool. Now is the time to make demands for Ukraine denazification, expulsion of US biological and chemical weapons laboratories, ban GMOs, blacklisting terrorists in the service of Washington, and other US garbage. Unfortunately, we can be sure that no one will do it. Of course – except for Russia.

If a decentralised, federal and, above all, denazified Ukraine is created – ethnic minorities will regain their language rights, Nazi symbols will disappear from the public space, and poverty and hopelessness could someday stop to be everyday challenge for Ukrainians. In turn, the complete disintegration of the Ukrainian state, or its division into a Western and Eastern-Southern part – would raise the question of who would rule the Western one: then mainly oligarchs and thieves or mainly Nazis and murderers… or both, as is it now. If the Russians do not operate beyond the pre-WW2 border of Poland, all of Europe will become a forced neighbour of the Bandera’s Ukrainian Nazi Reich, with all the potential consequences. The Armed Forces of the Russian Federation progresses as quickly as possible – and are therefore in European interests. And after that – final, righteous and just peace.

One response to “Ukraine will never be the same again”