“Anti-US and NATO opposition on the rise in France” 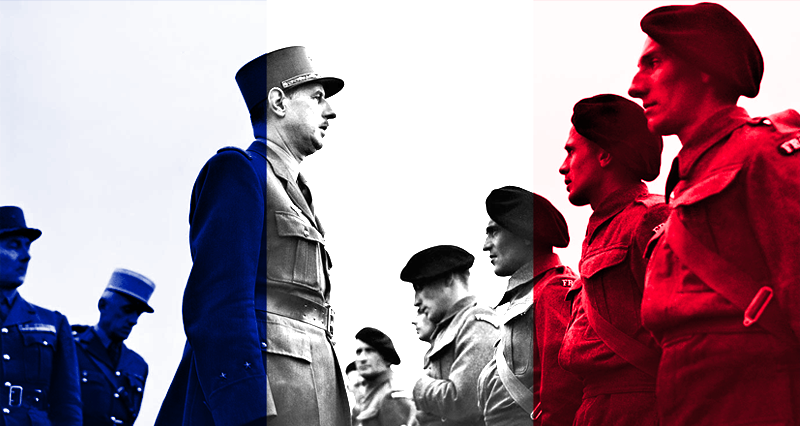 “In the wake of the economic crisis in France, anti-US (the accepted center of the neoliberal order) and anti-NATO policies and perspectives are on the rise.”

Below, we present the interview as published by Sputniknews, the original text can be read here.

Like the rest of Europe, the ‘new right’ movements, which are finding a lot of support, especially among the working class and middle class in France, have become a dynamic power element in the country’s politics.

The Turkish political scientist Onur Sinan Güzaltan gave an interview to a journalist from Sputniknews regarding this question.

According to Güzaltan, the electoral race in France is dominated by parties representing the liberal left and the New Right.

Güzaltan describes the potential candidates before the Presidential elections as follows;

“When we look at the political picture in France, just like the 2002 and 2017 elections, we see the liberal left wing led by President Emmanuel Macron on the one hand and the ‘new right’ political movements represented by Marine Le Pen and surprise candidate Eric Zemmour on the other.

Valeri Pecresse, on the other hand, is a spokesperson of typical center-right discourses. Although Pecresse is ranked second place in surveys, his popularity is likely to decline in the coming period.

On the other hand, it should be noted that French Communist Party candidate Fabien Roussel’s rhetoric against the US and NATO and emphasis on class resonates with a portion of the French people.

Jean Luc Melenchon, the common candidate of large and small left parties, also has a chance to get more votes than he did in the last elections.”

“New right parties are popular among the working and middle class”

Güzaltan defined new right movements as a dynamic force in French politics. He touched on about the makeup of these parties and their impact on French politics as follows:

“These movements are based on discourses that emphasize distance and sovereignty against the US, the EU and NATO in foreign policy, and policies that put the burden of the increasingly heavy economic, social and cultural crisis on immigrants in domestic politics.

The rise of the ‘New Right’ has pushed even liberals like Macron to follow more independent policies on US and NATO issues, as well as tougher policies against immigrants.

It should be noted that since World War II, there has been an antipathy in France for the majority of people against right-wing discourses that are outside the political center.”

According to Güzaltan, anti-US and NATO policies are on the rise in France. Guzaltan expresses the reasons for and consequences of the situation as follows:

“In the wake of the economic crisis in France, anti-US (the accepted center of the neoliberal order) and anti-NATO policies and perspectives are on the rise.”

France’s view on the Russia-Ukraine crisis

Güzaltan states that the anti-US rise in France can also be understood from the attitude taken in the Russia-Ukraine crisis. Guzaltan continues as follows;

“In terms of reflecting the anti-US mood in France as a whole, Macron’s economy minister Bruno le Maire said, in connection with the Ukraine crisis, ‘Let’s not let the Americans drag us into a position we don’t want. It is worth noting that our interests are different from those of the USA.’

It should also be noted that there is a vein in the French army and bureaucracy, inherited from the Charles de Gaulle era, against the US and NATO, while defending friendship with Russia.

“It seems impossible for France to leave the EU”

In the interview, Guzaltan also made evaluations about the perspective of the candidates to the European Union before the Presidential elections.

“Center-left and right candidates agree to move on with the EU. The cracks over the EU issue come from the ‘new right’ candidates Le Pen and Eric Zemmour, but it is difficult to say whether or not they would actually withdraw from the EU if they come into power.

The French political elite, like the rest of Europe, is aware that we are reaching a global breaking point…

Relations between Turkey and France have been bad around issues such as Islamophobia, the Eastern Mediterranean, and immigration policies, points of tension that have been exacerbated in recent years.

Güzaltan says, “The two countries are on different fronts in the Eastern Mediterranean, the Middle East and Africa” and, “Of course, this competition also has negative effects on Turkish citizens living in France. There is intense criticism towards Turkey among the right and left political movements in France, and frankly, there is no political voice advocating for improving relations with Turkey.

It is difficult to say that relations between Ankara and Paris will improve in the coming period.”