If the Moscow Declaration contains the signature of Ilham Aliyev, then Turkish interests are protected there 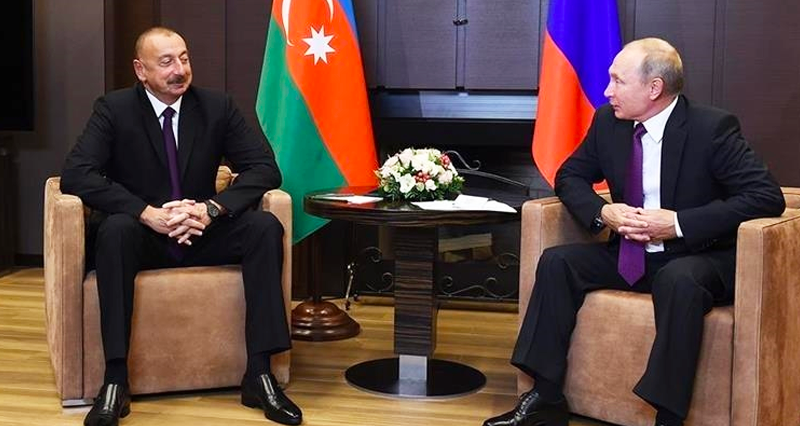 The full text of the agreement can be found here.

Below we present the interview as published by Caliber.az.

The victory of Azerbaijan in the 44-day war in Karabakh is the merit of the Azerbaijani people, the army and the president of the country, but the Ankara-Moscow axis played a very important role in it.

Well-known Turkish historian, political scientist Mehmet Perinçek said this to Caliber.Az, commenting on the signing of the Declaration of Alliance between Azerbaijan and Russia.

“Everyone knows about the relations between Azerbaijan and Turkey. There is no need to describe them further. As Heydar Aliyev correctly noted in his time: They are ‘One nation – two states.’ And the Shusha Declaration once again confirms this fact. The Declaration on Allied Interaction, signed on February 22 in Moscow, does not contradict the Shusha Declaration, on the contrary, both complement each other, because these declarations pursue one goal: peace, prosperity and stability in the South Caucasus region.

The fact is that Turkey and Russia are not rivals, but strategic partners. Therefore, Turkey can only regard the Moscow Declaration positively. In addition, it should be emphasized that Turkey is cooperating with Russia in the Astana Process, they are partners in the “3 + 3” platform and work in concert to resolve the Karabakh issue. Therefore, the document signed yesterday by the leaders of Azerbaijan and Russia cannot be contrary to Turkish interests.

“After the liberation of Karabakh, the West has lost the instruments of influence with which it had interfered in the affairs of the region. Peace and stability in the region prevent the intervention of external forces, and the Moscow Declaration serves just the same peace and stability. External forces need wars and conflicts. On the contrary, what serves integration in the region only pleases Turkey,” our interlocutor said.

Further, Perinçek recalled that in the wars between Russia and Turkey, neither of the two countries was ever the winner. The only winners in the confrontation between Turkey and Russia have always been the forces of the West.

“The plans of the West in the region were based on constant provocations of Turkish-Russian relations. Wars, conflicts, rivalry between Russia and Turkey have always been fueled by third forces that pursued two goals; firstly, conflicts fomented from outside did not leave the slightest chance for an alliance between Russia and Turkey, and secondly, constant conflicts weakened Russia and Turkey, depriving them of economic strength. At a time when both countries were concentrating their forces, means and attention only on fighting each other, third forces were implementing their plans in the region. And when both powers entered into an alliance, then this alliance would make it impossible for third forces to intervene. Therefore, revanchists in Armenia and in the West write that Turkey and Russia are rivals. However, the objective interests of these countries largely coincide, and Azerbaijan plays a very important role in this. In other words, today there are the axes Ankara-Moscow, Ankara-Baku, Baku-Moscow. And here Azerbaijan creates an Ankara-Baku-Moscow triangle, which is aimed at one goal. Therefore, the Shusha and Moscow declarations complement each other and this is beneficial to all countries of the region,” Perinçek concluded.