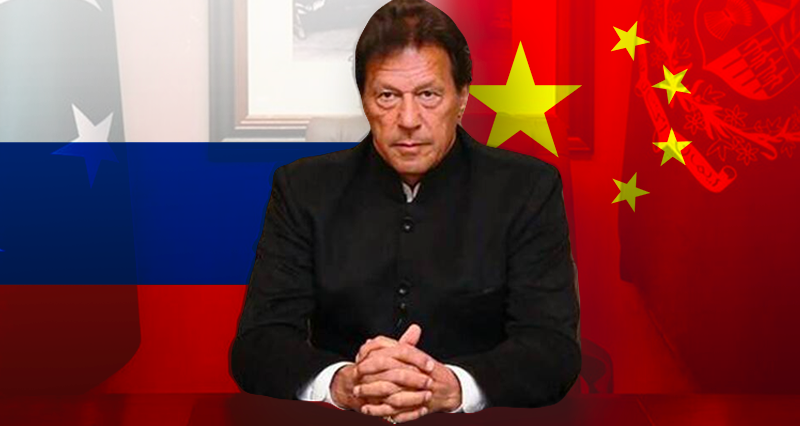 In spite of the world experiencing all-encompassing stagnation due to a surge in the COVID-19 global pandemic, the geopolitical environment remains in a state of constant flux. International relations continue to move forward with global developments proceeding as usual, underscored by conflict, commercial activity, and political realignments.

Since the beginning of the new decade wherein the course of human history has been permanently altered by the global pandemic, there have been major developments in the arena of international politics that have had a profound impact and changed the trajectory of geopolitics. For example: thawing relations between Israel and Gulf states, President Trump becoming the first President after three predecessors to leave office after a 1st term in office, the signing of Doha Accord between the US and the Afghan Taliban, US and International troops unceremonious withdrawal from Afghanistan, ascension of the Taliban to power, US sanctions against Iran limited as a first step to revive JCPOA, swift consolidation of a new Sino-Russian strategic partnership, and improving Pakistan-Russia relations are some examples.

Great power competition is more pronounced than ever before with more contenders in the game than ever before. Several political pundits and experts of international affairs have been talking about the emergence of a new Cold War between major world powers with different power centers emerging across the globe.

Consequently, significant developments have taken place in the recent past that have substantially accentuated power politics between the major powers of the world, which in turn is resulting in shaping every dimension of the global order.

Although the on-going Ukraine crisis remains at the center-stage of world politics for the time being, but there are other relevant events including the joint statement issued by China and Russia at the side-lines of the opening ceremony of Beijing Winter Olympics 2022 and the upcoming visit of Pakistan’s Prime Minister Imran Khan to Russia in the last week of this month.

These two developments are of equal importance, if not more, than the ensuing Ukraine crisis, as their outcomes are bound to have a profound impact on the politics of the Asia-Pacific region, a place that is increasingly becoming a theater for great power competition. Besides Russia being the constant variable in both developments mentioned above, Pakistan’s relevance and position in the Asia-Pacific region is of note as well.

The China-Russia joint statement on International Relations entering a new era and Global Sustainable Development was given on February 04, 2022 at the side-lines of the opening ceremony of Beijing Winter Olympics. It was a detailed statement that broadly touched upon various facets of Sino-Russian bilateral relationship, their combined outlook of global developments and their shared views about and expectations of the international system.

The joint statement is of great significance for the entire world as it presented the weltanschauung mutually shared by two major powers of the world which will shape the world’s future political discourse. However, for Pakistan, this joint statement was important for several reasons.

First, the statement came from China, a country with whom Pakistan shares a great strategic relationship and Russia, a country with whom Pakistan is developing new connections while working toward forging a strategic partnership. Second, a thorough review of the joint statement reveals that it is completely in sync with Pakistan’s National Security Policy (NSP), launched in January of this year.

For Pakistan, the Sino-Russia Joint Statement is like an extension of its NSP with practically similar interests, aspirations and objectives. The joint statement and Pakistan’s NSP both recognise momentous changes in the global affairs along with rapid development and transformation. There is a shared acknowledgement of growing challenges to international peace and security that needs to be addressed via a united, collective response.

Moreover, there is mutual support for democracy, multipolarity, sustainable development, and a rule-based international order that is grounded in international law and centered on UN-based international architecture. The integration, linking the Eurasian Economic Union (EAEU) and the Belt and Road Initiative (BRI) is a common objective of China and Russia which Pakistan shares as well. In fact, given its strategic geographical location, Pakistan is in the best position to facilitate increased interconnectedness between Asia Pacific and Eurasian region.

Among numerous other similarities with Sino-Russia interests (as highlighted in the joint statement) and that of Pakistan’s, some notable ones include:

The harmony between Pakistan’s objectives and aspirations with the ones expressed by China and Russia in their joint statement provide numerous opportunities for mutual cooperation between Pakistan and the two major powers and impetus for further strengthening of bilateral and trilateral relations. This will ultimately result in better regional integration and overall progress for the region.

Furthermore, PM Khan’s visit to Moscow (scheduled to take place February 23-25, 2022) will be a major highlight of this month. The visit comes after PM Khan’s visit to Beijing and his meeting with Chinese President Xi Jinping (who also met with President Putin at the side-lines of the Winter Olympics).

PM Khan will be visiting Russia at the invitation of President Putin and the two leaders will hold one-on-one meetings during this visit to discuss a wide range of issues and matters of mutual concern. The Pakistani PM will be accompanied by a high level delegation to Moscow.

This visit to Russia by PM Khan will be the first by any Pakistani head of state or head of government in eleven years. PM Nawaz Sharif visited Moscow in 1999 while President Musharraf and President Zardari visited Russia in 2003 and 2011 respectively.

Although this visit might not be taking place at the most opportune time due to the ensuing Ukraine crisis which is consuming most of President Putin’s time and attention, several important things are planned for the visit:

Additionally, delegation-level meetings with various officials and stakeholders will also take place during this visit. While in Moscow, the Pakistani Prime Minister will invite the Russian businesses and investors to invest in Pakistan as well. He is also expected to meet with the Pakistani business community in Russia.

Despite predictions that post August 15, 2021, Pakistan would lose its significance in the international arena as the US would no longer have much use for the country, recent developments indicating major political realignments in the region have seemingly carved out space for Pakistan to play a new role and cement its significance in the region. This presents Pakistan with numerous opportunities (political, economic, and strategic) to forge new alliances, strengthen old ones and proactively pursue its national interests.

However, these opportunities come with risks. As stated in its NSP, Pakistan needs to be extremely careful of becoming a part of bloc politics like it did in the past. Pakistan will have to tread cautiously and maintain a careful balancing act in this war of giants, otherwise the consequences could be dire.

Pragmatic assessment of the country’s will and capacity needs to be carried out besides extensive and rigorous internal balancing. Pakistan’s leadership should realize that the country cannot remain at the mercy of other countries and needs to develop sovereignty for survival and uniform progress. Durable partnerships with other states can only be formed if Pakistan also has something substantial to offer besides its geographic location. If not, then every other relationship will be transactional and temporary.

* Taimur Khan is a research scholar, currently working as a research associate at the Institute of Strategic Studies Islamabad (ISSI). His research focuses on Russia, Europe, non- traditional security issues and foreign policy analysis. He can be reached at [email protected]   Twitter: @Muh_Taimur_Khan