The UAE can prevent the attacks in Yemen via Iran 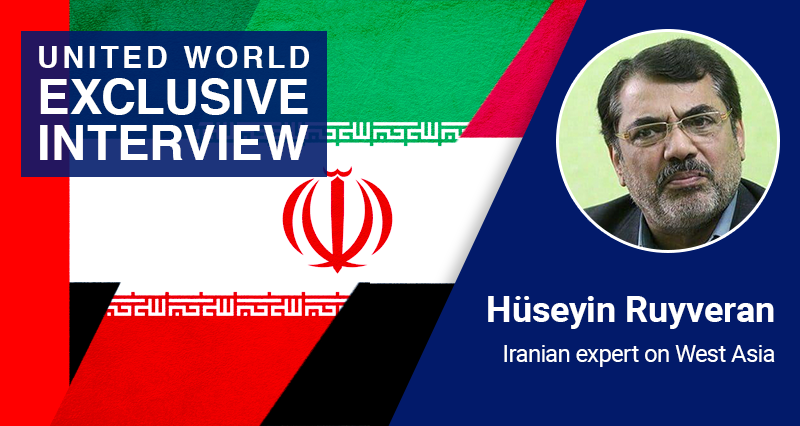 Iranian expert on West Asia, Huseyin Ruyveran said “The UAE can prevent Yemen’s attacks it agrees to the terms proposed by the Houthis. Iran, meanwhile, can play a constructive role between Yemen and the UAE. This could strengthen relations between Tehran and Abu Dhabi.”

The Yemeni resistance has entered a new phase, and the United Arab Emirates is repaid for its interventions in Yemen and its murders in this country.

Yemeni army and volunteer popular forces targeted Abu Dhabi and Dubai with drones and missiles in a large-scale operation on January 17.

Yemeni Armed Forces spokesman Yahya Seri announced on January 24th that the Al-Dhafra air base in the United Arab Emirates (UAE) and other sensitive locations in Abu Dhabi had been hit by several Zulfiqa ballistic missiles.

“In the third phase of Operation Yemen Storm, the depths of the UAE were targeted and Zulfiqa ballistic missiles hit important targets in Abu Dhabi, and Samad-3 drones hit critical targets in Dubai,” Yahya Seri said in a statement.

The UAE has partially halted its military interventions in Yemen in recent months and has been at odds with Saudi Arabia over the issue. Why do you think has the UAE decided to intensify its attacks on Yemen again?

The United Arab Emirates actually put aside the conflict with Ansarullah in Yemen, but in the south of the country, it continued to have a presence on the Socotra and Mayyun Islands, and was trying to establish new bases, especially on the islands in Bab-el Mandeb.

However, why would the UAE intensify its attacks on Yemen again? I think the UAE has brought its mercenaries, especially the Amalika forces, to the Shabve and Marib provinces to help the Saudis, responding to Saudi pressure resulting from the defeats this country suffered.

“The UAE has sacrified itself to Saudi Arabia”

I think the UAE has sacrificed itself to Saudi Arabia. In my opinion, the UAE made such an attempt because it did not expect Ansarullah’s reaction. If they had thought about it, they would not have done such a thing.

What do Yemen’s attacks on the UAE show, including the recent attack on the United Arab Emirates (UAE) by Yitzak Herzog, president of Israel?

Ansarullah hit both Saudi Arabia and the UAE. However, while operations in Saudi Arabia cause damage, this does not pose a problem for the existence of the system. The UAE, on the contrary, is a glass building. It has 10 million immigrants. These migrants came here for money and to make a living. If this country becomes unsafe, they will return to their home countries. The UAE will not grant them citizenship, they do not have such a policy.

It wouldn’t be correct to say it wouldn’t have any effect. But it can affect little. Iran has previously told both Saudi Arabia and the UAE that it will not intervene on Yemen and will not make a decision. So they knew beforehand that Iran wasn’t the real decision-maker on Yemen. In other words, the Yemenis know where to hit.

In fact, Ansarullah is not coordinating with Iran for any action it wants to take. The UAE and Saudi Arabia know very well that this is not happening.

But can the UAE somehow prevent these attacks through Iran? Yes, but only if the UAE agrees to the terms presented by the Houthis. Iran, meanwhile, can play a constructive role between Yemen and the UAE. That could strengthen relations between Tehran and Abu Dhabi.