Raisi’s visit to Russia and the opposition’s reaction 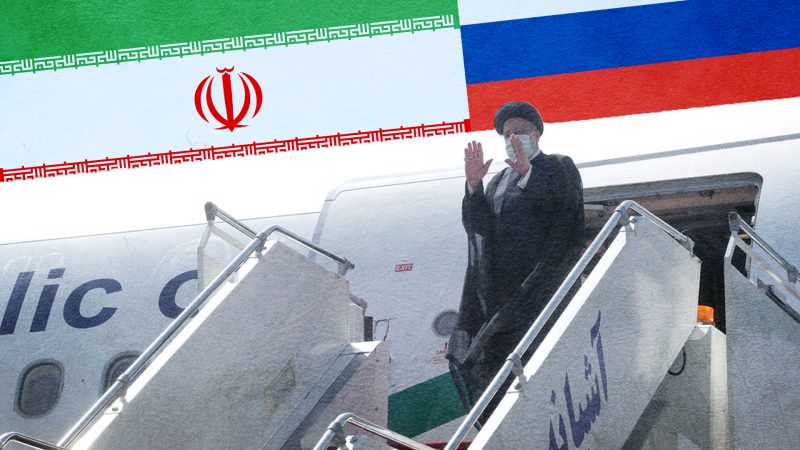 President Raisi made his third, but most important foreign visit, of his 6 month presidency, traveling to Russia. The last time an Iranian president visited Russia was in 2017. Before his departure, Raisi emphasized that the visit was a turning point in the political, economic and military relations between Iran and Russia. He also added that the cooperation and coordination between Tehran and Moscow is effective in strengthening regional security and boosting economic and trade relations.

The positive interactions and statements of Iranian and Russian officials before and after the visit, as well as the emphasis on the importance of the invitation by Vladimir Putin and assent of the visit by Raisi, prove the prospects and positive results of the visit for both sides.

Pessimists and their reaction

Despite the significance of the visit to Iran’s foreign policy and the attention paid by various media outlets around the world, a part of the Persian language media and social network presented a pessimistic view toward the results of the visit to the Kremlin. These pessimists believe that Russia does not have a strategic view in regard to Iran and is simply trying to utilize the Iranian card to balance its relations with Europe and the West. From their point of view, the Vienna talks (Iran’s nuclear negotiation with the P4 + 1, in which Russia plays an important role) are in fact a trump card for the Geneva talks (Russia-West negotiations on Ukraine), and Russia is ignoring Iran’s interests.

Although the visit involved important and perhaps crucial negotiations, the reformist media described the meeting as an unsuccessful experience of bilateral relations. From their perspective, Russia has not provided reassuring behavior on the nuclear issue, the construction of the Bushehr nuclear power plant, the supply of the S300 anti-missile system to Iran, and has behaved passively in the face of Israeli attacks on Iranian forces in Syria. Focusing on disagreements and discrepancies between the two countries, they sought to portray Russia as a country without a credible strategic policy toward Iran.

The pro-Western faction in Iran, most likely intentionally, is ignoring Russia’s strategic position in the international system. In response to every positive and constructive event between Tehran and Moscow, they try to magnify the dark spots and avoid expression of the privileges and strategic importance that these negotiations have for the future of Iran, the Middle East and Asia. They act similarly with regard to the thaw in Iran’s relation with China and Turkey as important regional powers. In their view, Tehran is the loser of these interactions and the other parties have always ignored Iran’s interests in bilateral relations.

History as a blackmail tool

The other feature of this political movement is the focus on historical issues. Whenever Iran interacts with Russia, they recall Tsarist Russia’s wars against Iran in the Caucasus and try to provoke Iran’s collective memory of Russia. Regardless of how irrational or actual the focus on negative historical issues on current political relations is, Iran has had the same historical problems with Britain in Balochistan and Afghanistan, but the reformists refuse to ever address this.

It seems that this part of the Iranian media and analytical body, especially opposition journalists and analysts living in Europe and the United States, is fighting against or ignoring the new multipolar system of international order and consider the US the only world hegemon. In their view, there is no need to arrange a balance in the country’s foreign policy, and the only possible strategy of diplomacy is to establish further relations with the West. All these debates are taking place while Iran, especially in the field of energy and Middle East issues, has a clear strategic convergence with Russia. It is natural that during intermittent and frequent meetings at various political levels, increasing coordination between the two countries will help negotiate possible differences and disagreements between the parties.

2022, the year of expanding Iran-Russia relations

In spite of all the issues mentioned by the Persian-language media in London and Washington, 2022 will be the year of strengthening Tehran-Moscow relations, and the long-term effects of this strengthening will be evident in the future. During President Raisi’s visit to Russia, Kazem Jalali, Iran’s ambassador to Moscow, announced a “high-level agreement between the two countries” for a “contract of two decades or more” and said: “The draft agreement has been prepared by the Islamic Republic of Iran and will be provided to the Russian side”.

Referring to the possibility of forming a “joint commission for agreement” between Iran and Russia, Jalali stated that although it would take time to reach an agreement, “in the near future and when we agree on the text, the agreement will be reached.” In this regard, it is crucial to understand the strategic and historical importance of Iran-Russia relations in the region by media and social activists, as well as the efforts to create a constructive and positive atmosphere in public opinion and develop further economic and political cooperation.