Khorasani’s death: A devastating blow to the TTP? 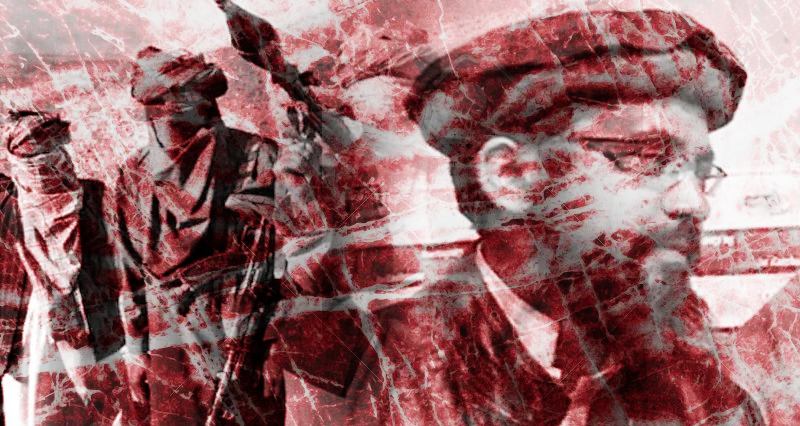 The ongoing proxy wars and mysterious killings in Afghanistan have taken a new turn. The Taliban, after an unexpected takeover of Kabul in August last year, are struggling for regional recognition while terror outfits like TTP go on the run.

Mystery surrounding the killing of one of the most wanted terrorists, Muhammad Khorasani, seems resolved after belated confirmation from the banned Tehrik-e-Taliban Pakistan (TTP). Denial of Khorasani’s death by TTP for the initial four days reflected the obvious chaos and fear prevailing among the leadership of the organizationamidst emerging ground factors on the regional canvas. Initial media reports cited recovery of the dead body of the TTP’s former leader Mufti Khalid Balti from Afghanistan’s Eastern Province Nangarhar on the night of January 9.

Khalid Balti’s appearance as Muhammad Khorasani to justify TTP’s inhuman killing of nearly 150 innocent school kids is sufficient to gauge his importance in the hierarchy of the terrorist organization.

Who is Khalid Balti?

As reported in leading Pakistani papers, Khalid Balti Alias Muhammad Khorasani, a resident of Northern Pakistan, was initially affiliated with Karachi based Deobandi seminary Jamiat ul Rasheed (JuR). After completion of religious education from JuR, he served as instructor in the same seminary for 7 years. Khalid Balti’s inclination to militant struggle eventually ended his link with JuR which adopted a strict policy of disassociating with outlaw and militant elements. After parting ways with JuR, Khalid Balti reached North Waziristan, Pakistan’s north western tribal region bordering Afghanistan, and joined militant circles in 2007. Later he joined TTP through banned Tehreek-e-Nifaz-e-Shariat-e-Mohammadi. He played key role in organization of TTP, master minded major terrorist attacks including Army Public School Peshawar in 2014, and remained spokesperson of TTP with cover name of Muhammad Khorasani from 2011 – 2015. He fled to Afghanistan after the successful operations by the Pakistani army in 2014, ousting many terrorists who took refuge in Afghanistan. He was arrested in Afghanistan by the Afghan authorities after much pressure from Islamabad in 2015 for involvement in the APS Peshawar massacre. However, his extradition to Pakistan could not take place due to the non-cooperative stance of the Kabul government which demanded the return of Taliban commanders in exchange from Islamabad.

After the takeover of Kabul in August 2021, Khorasani along with thousands of prisoners came out as a result of a massive Jail break initiated by the Taliban. After release from jail, as per TTP, Khalid Balti remained in low profile awaiting prominent role or reinstatement as a spokesperson. The reinstatement was not possible because somebody else was now acting as spokesperson using the old identity of Muhammad Khorasani. It is hard to believe that a top commander of the stature of Khorasani was left inactive by TTP to face a mysterious death.

The TTP initially tried to trivialize the shocking development by placing Khorasani in a low-profile list of former commanders. However, a tweet of confirmation and press release from the TTP described his assassination as a huge loss to the movement and expressed resolve to avenge his death. The press release read that: “TTP has lost a great scholar, political expert and a rare diamond, while traveling on 9th of January, He (Muhammad Khorasani) has achieved highest level of martyrdom, as per past practices, very soon, we will try to avenge for his death”. According to the Pakistan newspaper Express Tribune, prior to his death, Khalid Balti was planning attacks inside Pakistan and making efforts toward the unification of the TTP’s divided groups.

Is the TTP on the run?

The assassination of Khorasani under extremely mysterious circumstances has exposed the vulnerabilities of the TTP amid a changing environment in Afghanistan. The killing of Khorasani has sent a renewed shock to the TTP as many of its prominent commanders already faced similar mysterious deaths in Kunar and Nangarhar areas adjacent to the Pakistan-Afghanistan border. According to the BBC, the list of slain TTP leaders includes former Vice Ameer Sheikh Khalid Haqani, Master mind of APS massacre Umer Khalifa Khorasani, senior commanders of Jamat-ul-Ahrar and Sherhyar Mehsood Group Qari Shakeel, Haji Rasheed, Muslim Mama and Dr. Abu Ubaida.

With the latest addition of Mohammad Khorasani to the list of mysteriously assassinated commanders and the very recent narrow escape of top commander Moulvi Faqeer from a drone attack, the TTP has more reason to feel vulnerable than ever.

It is hard to rule out the dynamic role of Pakistan armed forces including its premier intelligence agency in chasing and hunting down the terrorist outfit through sustained operations. As cited by international and regional media outlets Al Jazeera and BBC, the Pakistani army’s operations set the initial momentum against the menace of terrorism by pushing the TTP beyond western borders where the notorious outlaw cult found safe heavens in Afghanistan.

The TTP has been acting with impunity from Afghanistan and executed multiple terrorist attacks inside Pakistan. The Pakistan foreign ministry raised the issue of Indian patronage to the TTP at international forums including UNO. After the Taliban’s takeover on August 15, experts predicted that the TTP would further strengthen its base in Afghanistan to regain lost space in Pakistan’s erstwhile Federally Administered Tribal Areas (FATA). Increased attacks on Pakistan’s armed forces, subsequent negotiations under the mediation of the Afghani Taliban and a month-long ceasefire were falsely read as opportunities for the TTP to strengthen its position. Khorasani’s death has amply nullified this prediction. Almost a week after the death of Khorasani, Pakistan army’s spokesperson DG Inter-Services Public Relations (ISPR), Major General Iftikhar Babar, clearly stated that “We are at war with TTP”. Khorasani’s unexpected killing seems to be a practical manifestation of Pakistan’s long war against terrorism.

Taliban and the TTP equation

Being at the helm of affairs in Afghanistan, the Taliban find it difficult to turn a blind eye towards the TTP especially as it continues to be a security threat to Pakistan. The Taliban cannot ignore the extraordinarily clear phrase of a Pakistani senior official recently reported by leading media outlets: “The TTP is a test case for Afghan Taliban”.

Obviously, the Afghani Taliban will not put their already weak credibility at stake for the sake of a globally recognized terrorist outfit. The general perception of the TTP in Pakistan is that it has been losing ground in Afghanistan after the departure of the ‘Pro-Indian Kabul regime’ headed by former Afghan President Ashraf Ghani. In a much-changed scenario, the Taliban are pursuing different priorities with an obvious intent to gain international recognition by establishing much needed credibility with regional and global players.

The successive targeting of top TTP commanders in Afghanistan has been a huge blow to the TTP, especially after the killing of Balti. Some questions need to be asked in the wake of recent developments. If Khalid Balti was a less than important and dormant figure, why did the leaders of the group start mourning his death as a big loss four days later? If Khalid Balti died as a result of internal fighting, then why did the TTP vow to avenge his killing?

The TTP is under extreme pressure and seems to be on the run to escape the consequences or continuation of the mysterious deaths of its commanders. It seems impossible for the TTP to survive without funding from Indian intelligence agency RAW and the former Kabul Government, officials from Islamabad say. Two options are still open for the TTP, according to an official who commented on the condition of anonymity: either surrender to the state or wait for the consequences. Let’s see what option proves to be most appealing to the group’s commanders as they desperately scramble to avoid some very serious consequences.

* Junaid Sabir is a security and defense analyst based in Islamabad, Pakistan. He can be reached at [email protected]