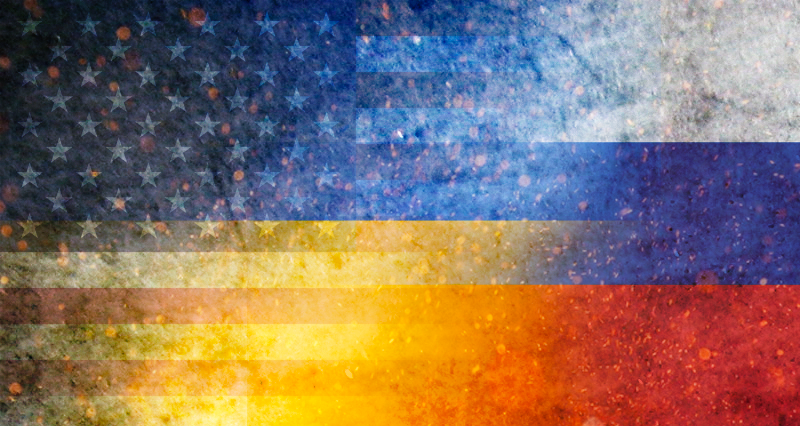 Once again, Ukraine has become the focus of the world public opinion. Since the beginning of November of last year, the US media has been warning of an immediate Russian intervention in Ukraine. At the beginning of November, the Washington Post published an article with photos from satellites showing the build up of Russian troops along the Ukrainian border. Soon after that, US officials began claiming that the threat of Russian invasion to Ukraine was imminent. The Ukrainian authorities at first claimed that there was no considerable  increase in the number of the Russian troops near the border, but then, they began to agree with the US officials.

During November and December, the Western media continued to refer to a potential Russian invasion of Ukraine. Moreover, in December, the US Government warned its citizens not to visit Ukraine. This, of course, created the impression that a war was imminent.

Although some officials say that there is a possibility of a Russian invasion, neither the ordinary people, nor the economic circles are showing any sign of panic. (If the threat were considered to be real, many people would have begun to flee to other countries, while others would be forming queues to join the army. Neither can be seen). The situation resembles the case in the spring of last year, when the Western media claimed that there would soon be such an invasion, but this time, some Ukrainian experts say that the build up of Russian soldiers on the Ukrainian border is greater than it was back then. Nonetheless, very few people in Ukraine talk about an imminent Russian attack. Many experts, including the Ambassador of Ukraine to Japan Serhiy Korsunsky, claim that the Russians are making a bluff to convince NATO not to expand in an eastward direction. Some Ukrainian officials, including the Secretary of the National Security and Defense Council Oleksiy Danilov, say that Russia may intend to invade Ukraine (he says that it is impossible to know the intentions of Vladimir Putin), however, he says that, the Ukrainian Army is much stronger than it was in 2014 when Russia annexed the Crimean Peninsula without resistance. Many Ukrainian newspapers also reiterate that, although the Russians wish to invade Ukraine, they will not, because the Ukrainian army is stronger and secondly, because Russia already suffers from the existing sanctions which were introduced because of Crimea and Donbas issues.

In fact, for almost eight years, Ukraine has been actually and indirectly in a state of war with Russia. In 2014, following the toppling of the then Ukrainian President Viktor Yanukovych by pro-Western groups, Russia claimed that the new government (and the change of power) in Kiev is not legitimate and ran a referendum in Crimea, which was organized under the control of Russian and pro-Russian forces, annexing Crimea. Since the Ukrainian army at that time was in a miserable condition (according to the then Defence Minister of Ukraine Ihor Teniukh, only 5,000 soldiers of the Ukrainian army were well trained and able to fight) and the interim government in Kiev urged the Ukrainian forces in Crimea “not to cause a provocation” and since the West (including the US administration, which has given open support to Kiev) did not take concrete measures to render support to Ukraine or to stop Russia, and Russian forces took control the control of the Crimean Peninsula without any resistance (not a single gun was fired). Since then, there is a demarcation line between Crimea and the Ukraine proper and there has been no conflict in this region (despite the fact that Ukraine and the vast majority of the international community do not recognize the annexation of Crimea by Russia, the Ukrainian authorities say that, retaking Crimea is possible only by diplomatic measures).

Secondly, after the annexation of Crimea, turmoil began in the Donbas region of Ukraine, where the vast majority of the population has always had pro-Russian sentiments. In this region, pro-Russian groups revolted against the Ukrainian government and with support from Russia, they took control of some cities. Soon, the Russian army rendered them active support and aid, including heavy weapons and the pro-Russian groups took control of two province centers (the centers of Donetsk and Luhansk Provinces) and declared them “republics” (the so called “Donetsk People’s Republic” and “Luhansk People’s Republic”).  Therefore, those places have been out of the control of the Ukrainian government since 2014. In that region, great armed conflicts occured and armed clashes still continue. For the last eight years, the number of military and civilian losses has exceeded 14,000 people. However, apart from the tragic dimension of this battle, the conflict in that region has been localized since the beginning of 2015. In other words, there is a demarcation line between those breakaway regions and government controlled areas and everyday they fire at each other, but no invasions have occurred since 2015 and this region is 800 km away from Kiev.

This conflict in the Donbas region of Ukraine is perceived by Russia and Ukraine differently. While Russia claims that this conflict is a civil war in Ukraine, Ukraine claims that this is a Ukrainian-Russian War. Kiev accuses Moscow of waging a hybrid war against Ukraine. While Russia denies that it is a part of this conflict and urges Ukraine to establish direct dialogue with the breakaway regions, the Ukrainian government says that they will not negotiate with the separatists and try to negotiate directly with Russia. For 8 years, relations between the two countries have been at a minimal level. The consulates and embassies of both countries in each other’s state continue to operate, but with the minimum number of diplomats.

However, a general invasion of Ukraine by Russia is not expected for the aforementioned reasons. This does not, however,  mean that there is no fear in Ukraine. The Russian-Ukrainian border is about 2000 km long and there are no natural obstacles. In addition to this, relations between Ukraine and its northern neighbor Belarus have also deteriorated and Belarussian President Alexander Lukashenko, as a result of the Western sanctions and threats, has left his previous “multi vectoral” foreign policy and has begun to admit Russian forces to Belarus. Moreover, Belarus has recognized the annexation of Crimea by Russia (the Belarussian president had been refraining from such a step since the annexation in 2014). In this situation, the Ukrainian Government fears that, in addition to the 2000 km long Russian border, they will have to defend the 1000 km long Belarus border (in total, 3000 km of border). Despite those security concerns, few people in Ukraine actually believe an attack from Russia will occur in the coming months.

The conflict in the region is also a great threat to Turkey. After all, the rise of tensions in Eastern Europe means a rise of tensions in the Black Sea basin, because the US will wish to intervene by sending its battle ships to the Black Sea via the Turkish Straits. For this reason, Turkey has tried to serve as a mediator between Russia and Ukraine. However, these efforts of Turkey have not been taken up by Russia for two main reasons. First of all, as mentioned above, Russia claims that it is not a party to the conflict in Donbas region. Secondly, Russia perceives the problems with Ukraine as a part of the problems in the relations with the US. In other words, the US continues its containment policy against Russia in the post Soviet area and Russia perveives Ukraine as a part of this policy. For this reason, it wished to negotiate the problems in Ukraine only with the US and with the member states of NATO.  Russia’s rulers say that the US did not keep its promise that  former Eastern Bloc countries (Bulgaria, Romania, Poland, Hungaria) would not be accepted to NATO — NATO even accepted the Baltic states (Lithuania, Latvia and Estonia), which were the former Soviet states. In this way, the great defensive advantage of Russia concerning territorial depth has largely disappeared. Russia’s President Vladimir Putin has more than once said that if Ukraine becomes a member of NATO, the NATO missiles in the Kharkiv region of Ukraine will be able to reach Moscow in between 7 and 10 minutes. For those reasons, Putin expects concrete guarantees frğm NATO that it will not expand to the East. Putin’s spokesman Dmytry Peskov has even said that this issue is a matter of life or death for Russia.

With regard to those facts, it should be said that the claims of a sudden Russian attack look like American propaganda. However, since the US continues its containment policy in the Eastern Europe and in the post Soviet Area, the tensions between the US and Russia will continue. The recent events in Kazakhstan are proof of this continued tension between Russia and the US.