Six elections the entire world will be watching in 2022 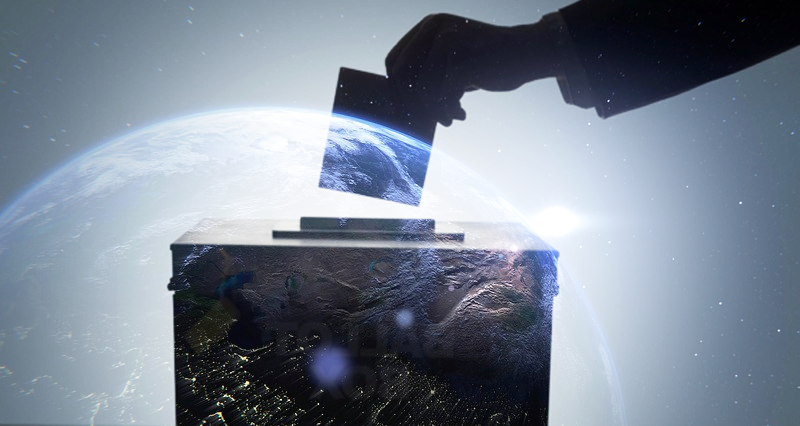 The year 2022 began with the ongoing Covid pandemic, refugee crises, and international disputes on the brink of an open conflict. While many international issues which have turned into international crises are still waiting for resolutions, some countries are scheduled to elect leaders who will be expected to find resolutions. 31 countries across five continents are expected to hold a parliamentary and/or a presidential election this year. People from various countries, from France to Hungary, South Korea to Lebanon, will go to the booths to elect their leaders and/or parliament representatives to lead the country in the next electoral term. These elections are being closely observed by other countries, given potential shifts in foreign policy following elections. We have picked 5 elections of this year, which the entire world is keeping a close eye on:

The parliamentary elections in Hungary this April are being closely observed by both the European Union (EU), the United States and many other countries. Against the coalition of the Hungarian Civic Union (Fidesz) and the Christian Democratic People’s Party, which have ruled the country with a two-thirds majority since 2010, six parties from the opposition varying from the political right, the left, and the “center” are united in an alliance. They have decided to participate in the elections with a joint candidate who will run against the Prime Minister Viktor Orbán, the “undesired man of the West”. The Hungarian Socialist Party (MSZP), the Movement for a Better Hungary (Jobbik), the Democratic Coalition (DK), the Momentum Movement (MM), Dialog for Hungary (Párbeszéd) and Hungary’s Green Party (LMP) came together to form the alliance called Everybody’s Hungary Movement (MMM). The MMM ran for the pre-elections last year and nominated Peter Márki-Zay, who was elected as mayor of the city of Hodmezövasarhely, a strong Fidesz city, with the support of all the opposition parties in the latest local elections, with him being nominated as independent candidate.

From the far right to the radical left, from the greens to the liberals and the socialists, all opposition parties will try to win over Hungary’s longest-serving prime minister. According to media polls, the total estimated votes of all six parties combined is four%above the ruling party Fidesz. Victor Orbán, known for his opposition against the EU despite Hungary already being a member and for his improving relations with China, was the only EU leader not being invited to Joe Biden’s Summit for Democracy. Although Orbán, who the “liberal world” accuses of being an autocrat, still has a chance against the joint candidate of the six-party alliance, he is still not expected to win as easily as the previous two elections.

South Korea, a presidential republic, will hold elections on March 9 to elect its next president, who will rule the country for five years. Current President Moon Jae-in was unable to run for another term because of the term limit dedicated by the constitution, and thus the Democratic Party of Korea (DPK) nominated Lee Jae-Myung, governor of the most populous province of South Korea, Gyeonggi. The main opposition party, the conservative People’s Power Party (PPP), has chosen to nominate the former prosecutor general of South Korea, Yoon Seok-youl as its candidate. The DP’s overwhelming victory in the 2020 parliamentary elections was seen as a guarantee to win the 2022 presidential elections as well. However, the rise in housing prices and the speculations over a corruption scandal involving upper-ranking public officials, and some of the party’s political preferences have undermined confidence in the Moon administration so much so that the PPP won the local midterm elections in Seoul and Busan last year. Some political analysts say that elections will be neck and neck this year.

The traditionally conservative South Korean baby-boomer generation influenced by anti-communism, and those of Gen-Z under the Western cultural sphere of influence are in agreement on the need to pursue tougher policies against China and North Korea. The recent Anti-China campaign has also strengthened the PPP’s position. Democrats, who are more prone to develop better relations with China, are also taking a smoother approach towards North Korea.

Lee, the Democratic nominee, is proposing a return to the sanctions, unlike the current president, related to nuclear negotiations between the United States and North Korea if Pyongyang does not comply with the agreement terms. Describing its foreign policy as a “practicality,” the DPK candidate says he supports working with both China and the United States on foreign relations. The candidate elected on March 9th, will shape the country’s foreign policy and determine the course of relations between China/North Korea and the United States.

Presidential elections will be held on April 10th in France, one of Europe’s greatest powers. If one of the candidates fails to win a majority, the two candidates with the most votes will compete in a second round on April 24th. Current President Emmanuel Macron has not yet announced his candidacy. However, he is expected to run as the candidate of La Republique En Marche (LREM). The candidates running against Macron are:

Valerie Pecresse is the nominee for the Republicans (LR), Marine Le Pen is the nominee for the National Rally (Rassemblement National or RN), journalist and writer Eric Zemmour is been nominated as the leader of the far-right Reconquête (Reconquest), European Parliament MP Yannick Jadot is the nominee as the leader of the Europe–Ecology The Greens or the EELV), the candidate of the centre-left Socialist Party (PS) is the Mayor of Paris Anne Hidalgo, and the far-left movement “France will not submit” (La France insoumise- LFI) has nominated its leader Jean-Luc Melenchon.

If a politician such as Le Pen, who has positioned herself as a patriot against the globalists, Pecresse who said she would make France “neither dependent on the United States nor taken hostage by Turkey, and nor a country with a second role in Europe”, or Zemmour who claims that Muslims and immigrants are the source of all problems in the country, is elected, some changes in the French domestic and foreign policies are likely to follow. However, despite the authoritarian measures he took against the Yellow Vests movement and the social and economic challenges triggered by the coronavirus pandemic that followed during his presidency, analysts believe that the French oligarchs have no intention of giving up on Macron.

The United States of America

The American midterm elections will be held on November 8th, in which a third of the Senate and all members of the House of Representatives will be decided. This is basically a test for the Democrats and President Joe Biden, who hold a majority in both legislative houses. Joe Biden’s last two years of the term would be much more difficult if Republicans win a majority in both the Senate and House of Representatives. Thus, Biden would face many congressional obstacles in implementing his policies.

Despite not yet completing a year in the office, polls show that Biden’s approval ratings have plummeted in his short presidency. The highest yearly inflation in the last 39 years, the new Covid-19 outbreak, the rise in energy prices and the withdrawal from Afghanistan have all damaged Biden’s credibility. Gubernatorial elections in November 2021 in Virginia were won by the Republican Glenn Youngkin, an important sign for the midterm elections.

The elections are also important for the US Presidential elections in 2024. Former US President Donald Trump is expected to announce his pre-candidacy for the 2024 presidential election after the midterm elections. Polls show that Trump has been gaining more and more influence among Republican voters. Biden, who suffers from health issues and whose approval ratings have already fallen, is not expected to run for the office in 2024.

The presidential elections, which the UN-led Libya Political Dialogue Forum said would be held on December 24th 2021 but were not, and the parliamentary elections that were expected subsequently, are still on the agenda for 2022. The Libyan High National Elections Commission (HNEC) has proposed postponing the elections until 24th of January 2022. Meanwhile, the House of Representatives (HoR) is already working on a law that would postpone elections by six months. However, it is not yet clear whether the elections will be held in 2022, as the parties cannot agree on the legislation that would determine the legal basis for the elections. As the UN increases its pressure on the relevant institutions to hold the elections, some updates have occurred that would change the political balances in Libya. Against the growing popular support of the Head of the Government of National Unity Abdul Hamid Dbeibeh and Saif al-Islam Gaddafi, former “archenemies” Fathi Bashaga and Khalifa Haftar have met in the last days of December, and the members of the House of Representatives have made an official visit to Turkey, while the Turkish Ambassador has been preparing to pay a visit to the House of Representatives, all of which offers some clues about the potential future of Libyan politics.

The Brazilian people will go to the election booths on October 2nd this year in order to elect their president, vice president and members of the Congress. The strongest opponent of Brazil’s current president and most prominent presidential candidate Jair Bolsonaro, is the Former Brazilian leader Lula da Silva. Lula was sentenced to imprisonment in 2018 on corruption charges after a judicial coup that was staged to pave the way for the neoliberal policies back in 2016. In March 2021, the Brazilian Federal Supreme Court upheld the decision to annul all charges against Lula. Thus, all the obstacles for Lula’s candidacy were removed. Lula’s candidacy has not been officially announced, however opinion polls that were held one after another in the country, suggest that Lula will have a big lead over Bolsonaro even in the first round. According to the polls in December, approval for Lula among the public reached 48%, while Bolsonaro’s approval rating remained at only 22%. Some other candidates, such as the Minister of Justice Sergio Moro appear to have received 9%of the vote, while the former Governor of the Brazilian state of Ceara, Ciro Gomes received 7%, and the current Sao Paulo state Governor Joao Doria received 4%of the vote.

Bolsonaro is blamed for the deaths of thousands of people, while spreading anti-vaccination rhetoric for many months, underestimating the Covid-19 pandemic and comparing it with a “simple flu” in Brazil, where economic conditions are worsening on each day. However, Bolsonaro, who has targeted the credibility of Brazil’s electronic voting system being used nationwide for the past 25 years, and constantly proposed a return to the former voting system on a real piece of paper, and this signals that he may not recognize any election which he may not win: “Only God can remove me from the government.”

It will be determined on October 2nd, whether God or the people themselves will remove Bolsonaro from power. But on the continent, which Washington has traditionally referred to as “its backyard”, left-wing governments appear to be on a spree. The American “strategic ally” Colombia will also have an election this year. The protests that have shaken the country since 2019 and the economic impacts of the pandemic are likely to change the country’s political course. Gustavo Petro, the favorite candidate in the presidential election in June this year, could become the country’s first left-wing president if he manages to win the election. It would be safe to say that the shift towards the political left in an old American ally on the continent, and another shift towards the political left, in the region’s largest economy, will surely have a significant impact.