“Turkey should widen its peaceful diplomacy in the region” 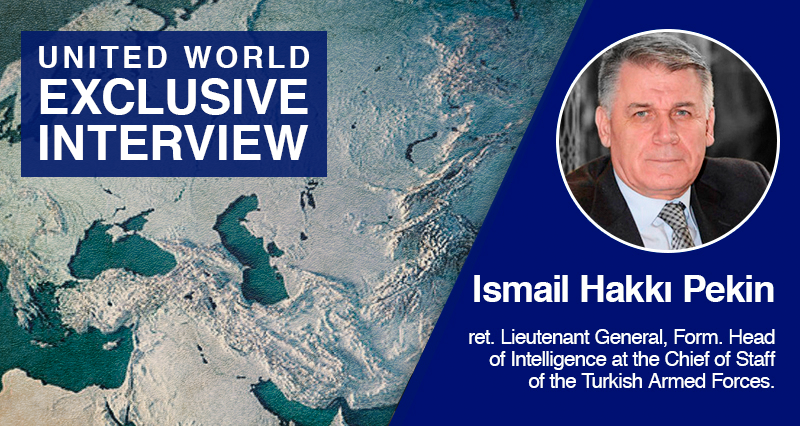 Following the tide of normalization of political relations between Turkey and the United Arab Emirates, Turkish Foreign Minister Mevlüt Çavuşoğlu undertook an official visit to the UAE 13 – 15th of December 2021. The meetings and declarations made during Çavuşoğlu’s visit provide indications of the future relations between Turkey on one side and the UAE and other Gulf countries on the other. Turkish President Erdoğan is expected to visit the UAE on 14 and 15th of February 2022. Meanwhile, Ankara also continues its normalization process with Egypt and Israel.

“Syria should be included into the diplomatic processes”

President Erdoğan stated recently “Turkish-Israeli relations are existential for peace and stability in our region”. At the same time, talks with Egypt and the UAE are continuing to achieve a process of normalization in the relations. Have we entered a new era in foreign policy? How do you evaluate the current approach?

Turkey has started a policy of solving by dialogue and not by force, thus establishing contacts with the countries of the region. This is necessary, because regional countries have some objections concerning Turkey’s actual foreign policy. One of them is the issue of the Muslim Brotherhood. Right now, Turkey is holding talks with both, Israel and the Gulf countries. The talks with the Gulf countries are important in order to attract foreign investment and to develop trade relations. Talks with Israel on the other hand are important concerning security issues in the region and especially the question of nuclear weapons.

In fact, all regional countries have observed that following its retreat from Afghanistan, the U.S. influence is diminishing. Hence, they look for security arrangements among themselves. From now on, it is necessary that regional countries enter an open and honest dialogue, addressing and solving existing conflicts without carrying problems to the level of security conflicts.

As you remember, there was a moment when Turkey had at the same time tense relations with Gulf countries and isolated in the Eastern Mediterranean. Now, Ankara is trying to overcome this isolation. Of course, Syria has to be included into these attempts as well. Turkey has to spend effort to repair its relations with Syria, because Syria will return to the Arab League. And some say that, once Syria has returned to the Arab League, this international organization should coordinate efforts for the country’s territorial integrity. If that proposal is realized, then they will demand the retreat of all, Turkey, Russia and Iran from Syrian territories. But Turkey has nıt yet solved the security issues there. In such a case, the YPG and the organizations in Idlib might start heading towards Turkish territory. Therefore, Turkey must take part in this diplomacy traffic and take precautions.

A meeting between President Erdoğan and Iranian authorities is planned for the beginning of 2022. Iran has its own problems due to the situation in Afghanistan, as you know. And Tehran has also some worries on security matters with Azerbaijan. Turkey needs to address these worries openly and directly. Besides addressing security concerns, the creation of economic zones can also provide a positive impetus to this process. Turkey needs to advance peaceful solutions in the region. We have to focus on how to establish peace in the region without falling into the traps of US provocations. The repair of relations with Syria is important in this context. Turkey needs to continue this multidimensional strategy. The process needs to be advanced based on dialogue and ‘give-and-takes’.

“The U.S. is creating security concerns in the region”

The UAE has pursued meetings with Turkey, Syria and Iran in a row and started a new initiative. What does this initiative mean? Is there a consensus emerging beyond US influence, or is the process advanced within the context of the US-Israeli established Abraham Accords?

As you know, Iran has provided the UAE with a corridor in the Persian Gulf. The UAE achieves income not by own production but by re-exporting, by distributing the goods. Their goods need 20 days when exported via the Persian Gulf and the Suez Canal. With the corridor provided by Iran, that time lap has decreased to 6 days and the UAE has achieved great gains. This is an important dimension of the matter. Hence, the relations have both a security and an economy aspect. Are the U.S involved? They might not be the only factor but one of different factors, because they have expectations from Iran concerning nuclear and ballistic missiles. Meanwhile, Saudi Arabia and China are developing jointly ballistic missiles too, as you know. The U.S. tells Iran not only to stop nuclear but also ballistic missile development. But when Saudi Arabia develops its own missiles, the U.S. cannot demand from Iran to stop its research program. This is the current dilemma. They are thus forcing Iran to take new initiatives.

The US plan in the region is to establish new states in the region based on micro-nationalism and to unite these to a confederation. And trying this, they also disrupt your own unitary state structure. If their plan succeeds, microstates will be founded, protected by mercenaries as the globalists demand. But now, the regional countries are aware of this threat.

Meanwhile, oil reserves are diminishing and new technologies are emerging. Electric cars are being developed and produced. All this puts additional pressure on oil producing countries in the Middle East. And of course, the retreat of the U.S. from Afghanistan has also affected these countries deeply. The Taliban came and became dominant. The Gulf countries also fear such a development.

Thus, the Abraham Accords do not provide security to the Gulf countries. They have deep security concerns. Concerns and dilemmas are continuing in both matters of security as well as economic issues. But we can also not say that the U.S. is not involved at all in these policies. The U.S. in some ways tries to get involved, and the regional countries are pursuing these dual policies according to their needs.

“Putin has no plans to attack the Ukraine”

The Russian President Putin has stated that the tensions will be solved if NATO stops its enlargement to the East – as promised in the 1990s – and abandons military plans and preparations at Russia’s borders. What is your expectation concerning the Russian-Ukrainian tensions? Is there any possibility that the tension turns into an actual armed conflict? How will NATO respond to Putin’s proposals? And what are the expected effects on Turkey?

It is obvious what the West wants from Russia. They say ‘we will not fight with you, but if you attack, we will destroy you economically’. And Russia tries to benefit from the crisis by not attacking but using deterrent forces to increase its influence. Moscow sends to the West and the NATO the message to stop right there and to give up plans to include the Ukraine, Georgia and Moldova to the alliance. With its troops massed up at the border, Russia tries to achieve deterrence. It has no actual plans to invade Ukraine, it wants to avoid that global public opinion turns against it.

The U.S. is already in a bad shape concerning foreign policy, and Putin will not want to change this situation.

For Turkey, the deterioration of regional relations affects us negatively. They pressure Turkey on the topics of passage through the Bosporus and the encirclement of Russia in the Balkans and the Black Sea. Besides, Turkey is a NATO member. Hence, all this tension affects Turkey negatively.

But currently, the Ukraine is not NATO territory. Maybe a solution can be found for Ukraine without dividing the country, taking for instance the Taiwan as a model. The recognition of the Donbass as an autonomous region and the stop of NATO’s eastern enlargement. These two steps would end the tensions.

Lastly, what are your expectations and proposals for the region in 2022?

The relations between Azerbaijan and Israel and between Turkey and Israel are developing. With these relations deepening, Iran fears to be encircled on one side by Azerbaijan and on the other by Afghanistan and Pakistan. Therefore, Turkey’s visit and contacts to Iran are very important. The relations between Pakistan and Iran are already tense, as you know. Saudi Arabia uses its intelligence apparatus to establish relations in Afghanistan via Pakistan and to encircle Iran. Iran reacts by deepening relations with India. Turkey’s relations with India are restrained because of Pakistan.

If the other countries try to stalemate Iran, then Tehran will act jointly with Armenia and a regional conflict may erupt. Russia meanwhile does not want any change in the balance of power and will therefore act more neutrally. Armenia is of course left alone and wants now to join the Organization of Turkic States. It does not want to be without allies in the region. Turkey and Armenia have started negotiations in this context.

In consequence, Turkey’s role of peaceful, dialogue-based diplomacy can prevent possible conflicts and security concerns in the region.