Hurricane Speculation: what is going on with fuel prices?! 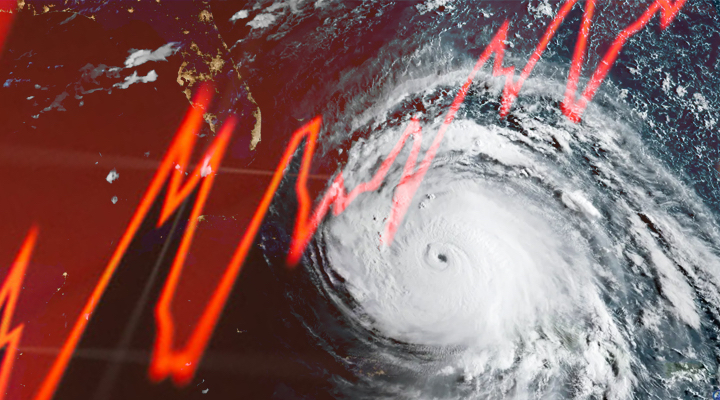 Hurricanes and the destruction they cause are spectacular. Despite appearing regularly in the American South, they are still considered to be dangerous and unpredictable. From a day to day perspective they are dangerous and destructive, but from a wider economic perspective, they potentially affect opportunities for recovery and GDP growth. Some of them, such as Katrina and Ida which occured in oil extraction areas, were perceived as a significant factor affecting the US economy, the fuel market, and the level of real retail gasoline prices. In fact, however, widely discussed research suggests that their direct impact is less than what retail customers tend to assume, and that price movements are influenced by other market factors.

A supply shock occurs when the supply decreases to a degree that exceeds the range normally observed for that sector, situations in which supply is the factor with the strongest influence on the price. Any disturbances in this mechanism resulting from the market actors’ behavior, including customer reactions and speculation, can raise doubts as to whether we face a real supply shock. And such an objection should be made analyzing recent increases in fuel prices, in particular on the American market, where the media and politicians have been blaming hurricane Ida from late August and early September 2021. According to the common expectations of the industry, it was supposed to cause only a temporary and slight disturbance of the stable and very slow trend of price growth, associated with the post-COVID recovery of the economy. Meanwhile, fuel prices in the US jump up, pushing experts to excuse themselves for underestimating the cataclysm. However, the hurricane alone is not responsible for what is happening in the fuel market… and this is not only happening in America.

Lutz Kilian is a researcher who focuses on the interdependence of natural disasters and energy markets. His studies confirmed only a limited impact of unpredictable disruptions in oil supply on gasoline retail price. In practice, it turns out that what is more important is the impact of such events and their awareness on consumer behavior and the resulting “precautionary demand”. To put it simply – frustrating news makes people buy in advance and “just in case”. Of course, supply shocks intensify their impact by affecting not only prices but also real wages, as well as interest rates and exchange rates, at least in the short term. When we earn less – our anxiety grows, and even the smallest price increase becomes noticeable. And then we begin to feel more and more fear that it will only get worse!

Politicians are more dangerous than hurricanes

Analysts who did not expect any major movements in the market likely based their forecasts on Kilian’s findings. Hence, they assumed only a moderate reduction in supply, considering greater diversification of American production than in 2005. Therefore, the increase in demand was also expected to be small, which, in fact, would be more annoying than really disruptive in the long run. However, by analyzing other market factors, we understand that hurricanes have a more significant impact on market interests and this in turn reflects in the price movement.  Shortly, the market clearly bet on a large increase, and this effect was the result.

A more common situation is when the price increase after an unforeseen event is lower than assumed – mostly due to the reaction of governments launching reserves, increasing production in regions not affected by a natural disaster, but also when real demand falls due to e.g. slower economic growth. However, when governments reactions are less intensive than expected, and the state does not intervene quickly enough, we can only wait for a panic to buy, despite a temporary cooling of the economy. As academic research has shown, political uncertainty is much more responsible for price fluctuations than any wild weather. This factor is truly long-term, which additionally enhances the asymmetric reaction of the gasoline price to the oil supply shock.

Was it not possible to predict the price increase?

Supply shocks such as those after Hurricanes Katrina and Ida are sometimes underestimated or overestimated in preliminary forecasts, and no one is questioning their relative nuisance for individual gasoline consumers. As a rule, however, they are temporary phenomena followed by a regular transition to the next equilibrium, similar to the preceding shock ones, as far as it is part of the general trend. However, the factors that have not been taken into account this fall, or rather that have been hidden from the public, are disorders of a completely different type. After all, the supply shock after the Ida hit took place in the reality of clear market speculation on oil (and gas) prices against the analyses assuming a slowdown in demand growth. Demand for oil and its derivatives is growing faster than expected within the COVID-19 pandemic, which is related more to stock market activities than to the economic situation, and the supply is still limited, and not exactly because of events like hurricanes.

Analyzing the data of the U.S. Energy Information Administration, we can observe that all weekly US grades and formulations in retail gasoline prices maintained a clear downward trend from April 2019 ($ 2,972 per gallon) to April 2020 ($ 1.87 per gallon), and then followed an upward trend until early November 2021 ($ 3,505 per gallon), with ongoing declines being recorded continuously. As for the US’ regular gasoline retail sales, it is also not evident that it was Ida that disrupted the supply, given that it had already reduced between April and May 2021 from 16983.3 to 9695.1, and then in August 2021 to 3432.9 thousand gallons per day.

Retail price rises are therefore a trend, and events such as the Ida may only act as catalysts for acceleration to an extent that might not be considered in any other global macroeconomic context. This is one of the reasons why economic analysis and economic journalism are not synonymous. The mainstream commentator often (not necessarily consciously) serves media campaigns to extract speculative rent, or at least will do anything to avoid being labeled a “conspiracy theorist”, and so he prefers to safely rewrite simple clichés from official announcements. But honest analyst should not dismiss hard data just like that. The data leaves no doubt: neither natural disasters, nor pandemic policy, are responsible for the avalanche of increases in fuel prices. The real hurricane hitting the global economy is financial speculation.