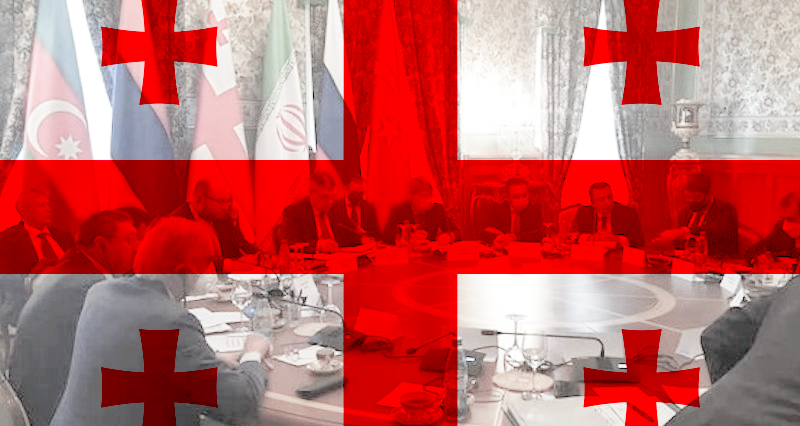 The process of normalization of relations between countries in the South Caucasus has begun. Especially the negotiations between Baku and Yerevan have started. Ankara and Moscow also support the decisions taken in meetings of presidents of Azerbaijan and Armenia Ilham Aliyev and Nikol Pashinyan.

Turkey and Russia are also working actively on the topic of the “3 + 3” cooperation platform (Turkey, Russia, Iran + Azerbaijan, Armenia, Georgia) in the South Caucasus. This platform’s the next meeting will be held in Turkey and, as the head of the Turkish Foreign Ministry said, he expects Georgia to participate in it. It should be remembered that the Georgian delegation was not present at the last  “3 + 3” talks in Moscow. The Georgian side says that it will not participate in the “3 + 3” platform due Russia’s presence in the platform, referring to the fact that Moscow has recognized the independence of Abkhazia and South Ossetia.

“This decision is Georgia’s own business. But if Tbilisi abandons this platform, it will lose a lot. After last year’s war in Karabakh, it became clear that, if the regional countries take the initiative into their own hands, they would be able to solve all problems. This is proven by the cooperation between Russia and Turkey on the Karabakh issue. This platform is very valuable for solving regional issues, developing economic ties, integration, opening transport communications, including the Zangezur corridor and the former Soviet railways. Azerbaijan and its Azerbaijani army have with the achieved victory begun a new era in our region.

Stabilization and peace are beneficial to all regional states – Azerbaijan, Turkey, Armenia, Russia, Iran and Georgia. Opportunities have appeared for the integration of the countries of the South Caucasus, on the one hand, and, for the prevention of the West in the affairs of the region on the other. That’s why Western states need a conflict that permits them to intervene. The West also wants to undermine the integration process in the South Caucasus.

Even Turkey, Azerbaijan and Armenia came together on this platform. The Armenian delegation will even attend the meeting in Ankara. Georgia’s excuse about Russia is not acceptable.

Is it only Russia that participates in this platform? There are Azerbaijan, Turkey, Iran, Armenia. What prevents you from cooperating in the framework of the project with these countries? In my opinion, it is the pro-Western forces in Georgia that oppose the “3 + 3” platform.

I would like to draw your attention to the following fact: The Western powers in Armenia are also against the 3 + 3 platform. They go as far as to say that there will be no “3 + 3” format, as the West would not allow Russia and Turkey to achieve their goals.

This decision of Tbilisi has nothing to do with the interests of the Georgian people. This attitude only leads to Georgia’s isolation. There are many examples from the recent past about the negative consequences of acting under Western guidance in the region. Especially today, relying on the Atlantic camp will result in huge disappointments. We expect the Georgian administration to abandon this decision as soon as possible and to take part in the regional initiative.”