Ankara’s proposal to mediate between Moscow and Kiev 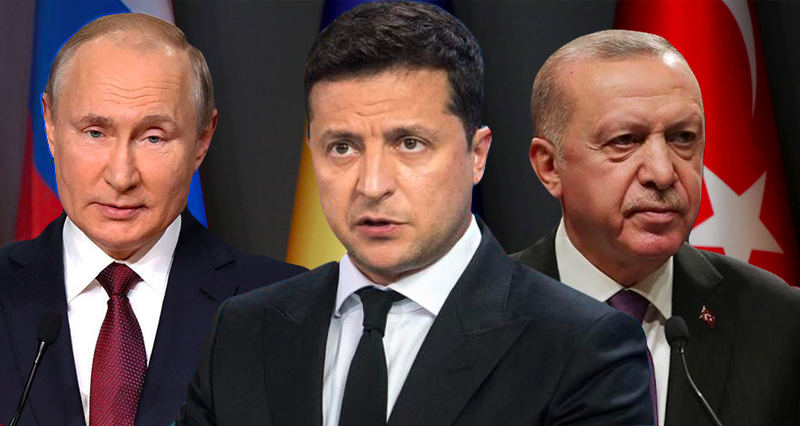 Turkey has once again declared its readiness to mediate in the Russian-Ukrainian relations. Recently, the Minister of National Defence of Turkey Hulusi Akar proposed this at a meeting with the participation of the Chief of the General Staff of the Turkish Armed Forces Yaşar Güler and other commanders, noting that Ankara is ready to provide all kinds of support for the normalization of relations between Moscow and Kiev. Akar also drew attention to the escalation in the Black Sea region, adding that Turkey opposes the deepening of the crisis.

Turkish President Tayyip Erdogan had previously voiced the proposal of mediation too.

United World International expert Dr. Mehmet Perinçek believes that the objective interests of Turkey and Russia coincide in the Black Sea region, in the eastern Mediterranean, in Syria and in the South Caucasus. At the same time, both countries suffer from the United States’ aggressive actions.

Perinçek commented on the issue to United World International the following:

“Turkey has serious problems with Washington because of the US support for the PKK/PYD. In the Eastern Mediterranean, the United States created an anti-Turkish bloc, which included France, Greece and Southern Cyprus and which contradicts Turkey’s national interests in this region. Note that the US is surrounding Turkey and Russia in the Eastern Mediterranean. On the other hand, all US plans in the Black Sea region are against the interests of both Turkey and Russia.

Therefore, the main task of Russia and Turkey is to obstruct American plans in these two regions. However, the United States has its proxies in these regions – Greece in the Mediterranean and the Ukraine in the Black Sea region. But the trick is that American plans are directed against the interests of Ukraine and Greece too. Thus, if Turkey and Russia succeed to obstruct US influence in these regions, both Greeks and Ukrainians will benefit from this.

I believe that Turkey’s proposal for mediation between Russia and Ukraine has significant importance, since it is through the normalization of relations between Kiev and Moscow that Turkey can reduce the influence of the United States in Ukraine, which will ultimately contribute to the region’s stabilization. Therefore, Turkey seeks to bring Ukraine and Russia to the negotiating table, eliminating the influence of Washington.

Cooperation between Russia and Turkey has shown that if regional countries take the initiative into their own hands and at the same time exclude any outside interference, it is possible to resolve any of regional problems. The ‘Astana Process’ on Syria and the resolution of the Karabakh problem have demonstrated this very well.

On the other hand, Ukraine has already become disillusioned with the United States, becoming aware that the Americans never fulfil their promises – as the example of Afghanistan also had demonstrated. The United States provokes some countries against their neighbours, uses them for its own purposes, and then Washington abandons these countries to their own problems. For this reason, the greatest favour to be done to Ukraine is to save it from American control.

Turkey’s mediation proposal can play an important role in ensuring regional stability and peace within this framework. However, Ankara needs to substantiate this proposal and offer a concrete solution. If Western intervention in this issue is prevented, than there will be no problem on the table that Russia, Ukraine and Turkey cannot solve.”