Debate over the new model of the U.S. banking system 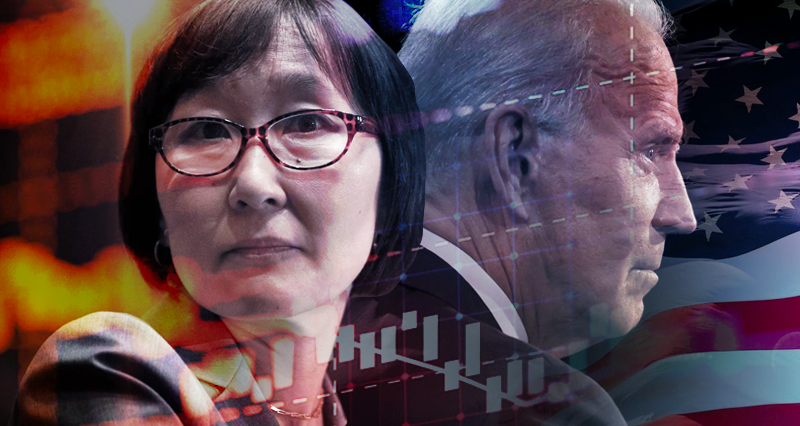 Saule Omarova is a professor who was born in the Soviet Union and completed her undergraduate education at Moscow State University. Her graduation thesis was titled “Karl Marx’ economic analysis and the theory of revolution in ‘Capital’”.

She immigrated to the US after the disintegration of the Soviet Union. Omarova, who previously worked as an advisor in the Under Secretary for Domestic Finance affiliated with the US Department of Treasury, in a study she conducted in 2020 made suggestions for changing the current financial system radically. Omarova criticized the US central bank Fed’s working style as a ledger of financial intermediary franchisor institutions. Thus, she suggested a method that she named a “People’s Ledger”. These criticisms and suggestions were gathered in the study with the title “A People’s Ledger: How to Democratize Money and Finance the Economy”.

Omarova’s study, beyond being an academic study, is significant as it represents a breaking point in the orientation of the US’ economic policy. Here we will talk about why it represents a breaking point and how it was responded to by US political authority during the downfall of the dollar’s hegemony. Before that, we will examine Omarova’s suggestions for central banking.

“After decades of rising inequality, systemic instability, and relentless concentration of economic power, ordinary Americans are demanding a greater say in the distribution and use of financial resources”; this is the first determination of the study which emphasizes its foundation. Stating that the public is excluded from the use of financial resources, Omarova emphasizes the contrast between the base of money and the way it is used. A currency is accepted as a currency depending on the state behind it and gains the transaction function. However, although the currency relies on the reputation of the state and is supplied to the market by the central bank, the distribution of currency is organized by intermediary financial organizations such as banks, not the state itself. Therefore, the features of being a currency are given by a public institution, but the use of money is handed over to a limited number of non-public foundations which don’t act according to the will of the public. This forms the basis of an anti-democratic strain in the financial system. On the other hand, this system also decreases the efficiency of monetary policy because it restricts the authority of money suppliers about the distribution of money in accordance with supply. Secondly, in the words of Omarova, “privately owned banks and other financial institutions distribute sovereign credit-money throughout the economy, effectively collecting “privatized seigniorage” for their services.”

In this respect, Omarova recommends two significant and radical alterations. The first is that accounts be directly offered by the Fed to everyday US citizens. She supports the idea that, arguing that the application of “FedAccounts”, the monetary policy will work more accurately and effectively. Opening central bank accounts would also redefine areas of other banks. She determines the main objective as ensuring banks to focus on promoting the “real economy” and not making outsized profits from speculative trading. She expressed that launching a central bank digital currency (CBDC), as an addition to FedAccounts, will serve to reorganize the relationship between the central bank and the other financial institutions. In this FedAccounts system, not only the quantity of money and credit supply will be provided by the Fed, but also the quality of it.

Secondly, Omarova recommends the foundation of a new public institution called the National Investment Authority (NIA). “Filling the critical institutional gap between the Fed and the Treasury, the NIA would be tasked with devising and implementing a comprehensive national development strategy.” Omarova said and also it will “transact directly in private financial markets, proactively channeling public and private financial resources into large-scale, transformative public infrastructure projects.” Here, Omarova suggests a model that combines monetary and fiscal policies by using resources of the private sector rather than the popular “independent central banking” mentality represented by the US-routed economic perspective today. This system, according to Omarova, will reverse the familiar pattern of “public capital, private management” model of “public-private partnership” in favor of the “mixed public and private capital, public management” model. In this system, the NIA will provide productive, non-speculative and non-inflationary investment opportunities to private capital entrepreneurship. On the other hand, it will use information-production capacity of private markets, such as signals of prices, to make public investment decisions.

Target: productivity of the real economy

On this basis, the “People’s Ledger”, will ensure that socially harmful speculative trades will be obstructed, the financial system will become less complicated and more efficient, and it will be more able to perform its core function of supporting a productive economy. In this respect, the financial system should work more inclusive, efficient and stable.

Despite that this was written in the US, it is not much surprising that a scholar wrote those suggestions. US President Joe Biden has offered Saule Omarova to the head of the Office of the Comptroller of the Currency, the institution responsible for regulation and supervision of all national banks, thrift institutions and foreign banks which operate in the US: an offer which would make Omarova one of the most significant authorized persons of US banking system has been negatively treated by bank organizations, lobbies and their representers in senate. Eventually the offer was withdrawn. Criticisms against Omarova pointed out that the ideas are “extremely leftist” and that she is against free-market capitalism. Furthermore, the idea of ending today’s widespread banking system was criticized due to the fact that it would displace plenty of private banks and other financial institutions.

Although there have been exaggerated criticisms referring to Omarova’s origins, of course it definitely does not show us that Biden is socialist or opposed to free market capitalism. The same cannot be said also for Omarova. What is significant here is that Biden’s attempt to place Omarova to one of the most important positions of the US banking system while proposing to combine monetary authority with fiscal authority, eliminate speculative trade in financial transactions and canalize the transactions to increase productivity of the real economy. These proposals don’t include an objection to the international hegemony of the US and FedAccounts. However, the “People’s Ledger” system aims to raise the productivity of the real economy and it determines that financial intermediaries operate against social benefit and harm the efficiency of economic policies. It also aims to increase the effect of government on monetary policy with a model in which policy makers have greater responsibilities. At these points, Omarova’s recommendation for the head of the office is an indicator of the separation between the new and old understanding. In light of the US’ numerous military defeats and the long-term international depreciation of the dollar, these improvements entail a more clear view about the country’s potential breaking point.

● Omarova, Saule T. “The People’s Ledger: How to Democratize Money and Finance the