“Multipolarity is a great chance for Chile” 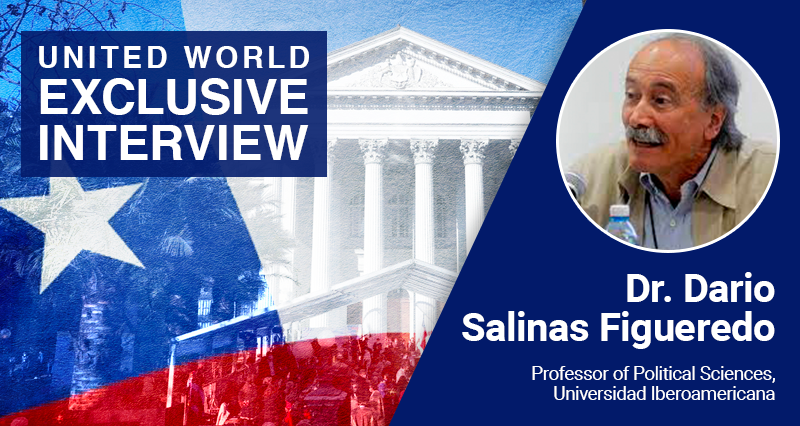 Chile is heading to the second round of presidential election on December 19. The two remaining candidates, right wing Jose Antonio Kast and left wing Gabriel Boric had concluded first and second in the first round, where the former received 28 and the latter 26% percent of the votes.

But in the background of the elections, another process takes places which the US think tank Stratfor calls a “Political Revolution”: The work of the Constitutional Convention to write a new Magna Charta for the country.

In October 2020, almost 80 percent voted in a referendum to replace the current constitution, dating from the times of Augusto Pinochet.

In May a second referendum was held to choose the 155 members of the Convention, overwhelmingly won by the center-left and left fractions.

The Constitutional Convention is expected to deliver a draft in 2022, which then will be presented to another, final referendum.

I interviewed about the elections and the work of the constitutional convention Dr. Darío Salinas Figueredo, Chilean professor for political sciences currently teaching at the Universidad Iberoamericana in Mexico City.

What are your expectations for the upcoming elections?

The elections are extraordinarily important, because a government of the right headed by Sebastian Pinera is confronted. It is the second time that the core forces, which sustain the classical neoliberal model, are governing. But they are very weakened in terms of votes, and the coalition that rises up against them on a democratic and progressive base has the chance to win over the electoral fight.

The new constitution that is debated today in Chile is the result of a popular uprising. This uprising has placed on the country’s agenda to enact a new Magna Charta, which overcomes the institutional and judicial system inherited from the Pinochet era.

What is the most important change that you expect from this new constitution?

First of all, the most important change is already happening, with the Pinochet rulings are judged upon judicially. Secondly, there are 6 commissions working to indroduce a new content to the Magna Charta. This is not an easy task, because there are different visions inside the Convention.

There is a sector that wants to preserve the current model, albeit in a modified form. And than there is another sector, which is decided to establish a new base along the Magna Charta based on self-determination and sovereignty.

But what ever comes out of this constitutional convention, it will benefit the country.

In Latin America, there is much discussion of regional integration and the so-called Patria Grande. Has the constitutional convention’s work any aspect related to this debate?

The work on the constitution is deeply connected to this debate, because all the form of foreign policy relations of Chile in the past years, 17 years of dictatorship and more than 30 years of transition, has happened basically happened in the field of trade. Essentially, free trade policies and policies of deregulation were on the agenda.

Now within the debate on the constitution, it is proposed that Chile should open itself up to all directions and not have only relations with the United States. Our country should establish relations with Asia, with Africa, and of course deepen our connections to Latin America.

Does that mean that the new constitution reflects recognition of a multipolar world?

In the debate, it is postulated that the unipolar world is in a crisis and that we are currently witnessing the transition to a world of multiple centers, instead of a hegemonic system lead by the United States.

The United States itself is in a deep crisis. It is not that they don’t have the capacity to lead, they already lost their leadership on the international and Latin American level.

They had created the Group of Lima, but that group is today a cadaver. That does not mean that they cannot cause any damage anymore. They still can. And Biden, as much as he may have wanted to distance himself from Trump, follows the same strategic line especially towards Latin America. He follows the same line of interventionism, of regime change, of sanctions and blockades.

What means multipolarity for Chile?

A great chance for development. Developing deep relations with Iran, Russia, China, India. We can keep our relations with the United States. But we shall not limit ourselves to them.