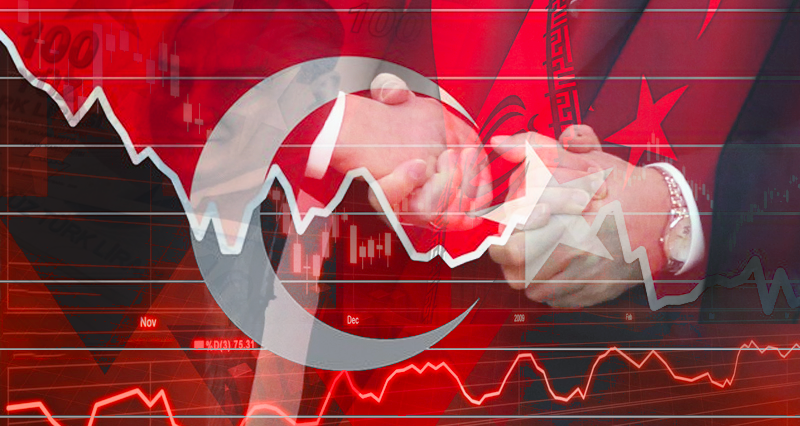 The Turkish currency is continuing to loose value against the US dollar and the Euro, turning Turkey’s economy and external relations into a globally much debated issue.

UWI presents below the interview as published by Tehran Times. Subheadings were set by UWI.

“Our region is under American pressure,” Onur Sinan Guzaltan tells the Tehran Times.

“We must think together not only about how to stop this American pressure, but about developing economic organizations and models to resist the American economic campaign.”

After the lira crashed against the U.S. dollar in recent days, dozens of people took to the streets in Turkey calling on President Recep Tayyip Erdogan’s government to resign.

Turkey’s lira crashed 15 percent against the U.S. dollar on Tuesday. The Turkish currency has shed a staggering 45 percent of its value this year, becoming the worst-performing currency in the world in 2021.

The currency crash in Turkey followed the economic crisis in Lebanon. Such developments have raised questions about a possible plot to undermine West Asian countries.

To that end, some political observers point to developing regional cooperation to counter recent pressures against Turkey, Iran, and Lebanon.

“We lack organizations like economic bodies developed in the West like the IMF, etc. We have to think about creating regional organizations,” Sinan argues.

“Turkey, Russia and Iran can take steps together to develop an economic resistance bloc to encounter the war launched by the Atlantic axis,” the lawyer suggests.

Q: What are the main reasons for Turkey’s lira crash to new low against U.S. dollar?

A: There are two main reasons; first, from the 1940s up to now Turkey has been a part of the Western economic model. So our economic and production model is not designed to be in our interest; it follows Western free market model.

I can say that despite some exceptions since the 1940s to nowadays the Turkish economy has failed to help our people.

To be a part of NATO was not just a political choice, but also it was an economic decision that has caused the Turkish currency to lose its value today against the dollar and euro.

The second reason is that the U.S. and the Atlantic powers for a long time have tended to pressurize Ankara and its economy. The Turkish political elite is trying to diversify the ties as we have relations with Russia, Iran and China while the Western powers are not happy with such a political choice. So they are weaponizing the economy to strike and stop Turkey’s steps towards the East.

Q: Erdogan has described the currency crash as an economic war? Do you think this is a war? If so, who wants to undermine Turkey’s economy?

A: President Erdogan was right when he described the recent developments as an economic war. As I told you, the Western Atlantic powers are trying to use the economic leverages to stop Turkey’s rapprochement with Asian powers considering the economy an Achilles’ heel for Turkey.

The main problem that Turkey has faced for twenty years is that Erdogan has not tried to abandon Western economic model during his tenure. Erdogan and his government failed to create an alternative for Western-based free market model.  Although they tried to approach Asian powers including Iran, Russia and China, the Turkish government failed to develop a kind of resistance economy.

We are paying the price for such a bad choice made by our governments from the 1940s till now.

Q: Some other countries in the region like Iran and Lebanon have also witnessed a fall in their currencies. What is your opinion?

A: I think Iran and Lebanon are different cases. Iran has been living an economic embargo since the 1979 revolution up to now. The difference between Turkey and Iran is that the first possesses natural resources whereas Turkey lacks such an advantage. But the Atlantic powers have targeted both of them (Iran and Turkey), while the blockade against Lebanon is going under challenge of civil war and an economic collapse that have been threatening the country since the 1970s.

The Lebanese never had a national market up to now, because of that the case of Lebanon is not comparable with Iranian and Turkish cases. They have fallen victims to international dynamics.

A: It is true that we are witnessing protests against Erdogan’s policies in recent days. These are small protests, but if the government doesn’t take the necessary measures in terms of economy to help workers and the middle class generally the problem will exacerbate increasingly.

Historically, Erdogan, his political background, and party (AKP) have good relations with financial groups besides being a part of neo-liberal economic model. Although they are trying to change their model, it’s not easy to shift to another model of economy.

“Turkey, Iran and Russia can develop an economic resistance bloc”

I am not sure if his politico-economic team is capable enough to make such an alternation.

Turkey needs economic policies that protect the rights of workers rather than financial lobbies. The government must start nationalization steps in the economy. We need to discuss a certain production and economic model to provide new horizons and opportunities for peasants and workers. The government has to declare an economic mobilization that moves all different classes of the society, but it seems difficult for now.

Q: How can regional countries join hands to deal with this tough time?

We lack organizations like economic bodies developed in the West like IMF and etc. We have to think about creating regional organizations.
Turkey, Russia and Iran can take steps together to develop an economic resistance bloc to encounter the war launched by the Atlantic axis.