Blow to US’ China policy: Nicaragua stops relations with Taiwan 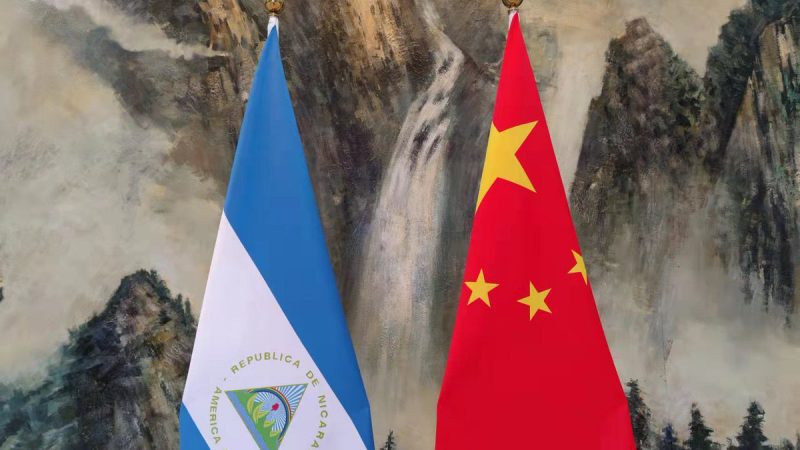 The government of the Republic of Nicaragua has stopped relations with Taiwan and has established diplomatic relations with the People’s Republic of China. The Central American country’s step reflects a broader tendency in the region and constitutes a huge blow to the United States. Nicaragua’s decision also may lead to an increase of Chinese foot print in Latin America with global effects.

In a declaration published on December 9, the Foreign Ministry of Nicaragua stated that “there is only one single China. The People’s Republic of China is the only legitimate government that represents all of China and Taiwan is an inalienable part of the Chinese territory”.

The Foreign Ministry of Nicaragua further declared to “break diplomatic relations with Taiwan and ceases to have any contact or official relationship” anymore.

Nicaragua had been one of 15 countries that recognized Taiwan as an independent state.

On December 10, a Nicaraguan delegation was welcomed in China’s Tianjin. Both countries signed Joint Communiqué on the Resumption of Diplomatic Relations Between the People’s Republic of China and the Republic of Nicaragua.

Representing China in the meeting, Vice Foreign Minister Ma Zhaoxu said “China stands ready to work with Nicaragua on the basis of mutual respect, equality and mutual benefit to enhance cooperation in various fields and steadily develop bilateral relations to the benefit of the two countries and peoples”.

The Taiwanese government expressed “heartfelt pain and regret” over Nicaragua’s decision and accused the Ortega-led government of disregarding a “longstanding and close friendship” between the two peoples.

“To safeguard national sovereignty and dignity, Taiwan has decided to terminate diplomatic relations with the Nicaragua with immediate effect, end all bilateral cooperation projects and aid programs, and recall staff of its Embassy and Technical Mission in Nicaragua”, the Foreign Ministry of Taiwan stated.

US calls to “expand engagement with Taiwan”

The US State Department, which had not recognized the elections of November 7 in Nicaragua that carried Daniel Ortega to the presidency, said the latter’s “actions cannot reflect the will of the Nicaraguan people”. The State Department’s statement called on “all countries that value democratic institutions, transparency, the rule of law, and promoting economic prosperity for their citizens to expand engagement with Taiwan”.

Within that context, Lithuania had permitted the opening of a representation of Taiwan in the country.

Nicaragua’s decision is a major blow to US efforts to include Taiwan into the United Nations system. Just at the end of October, US Secretary of State, Blinken had called on “UN Member States to join us in supporting Taiwan’s robust, meaningful participation throughout the UN system and in the international community”.

Still, Nicaragua’s decision reflects a broader tendency in the region. In the past years, the Dominican Republic, Panama and El Salvador have already “severed diplomatic ties with Taiwan” as the Chinese Global Times reports.

Moreover, the recent elected government of Xiomara Castro in Honduras has also presented its first point of action in foreign policy to establish relations with China instead of Taiwan.

Laureano Ortega, son and advisor of President Daniel Ortega represented Nicaragua in the bilateral meeting in Tianjin. In a written statement published after the meeting, Ortega stated that Nicaragua is “willing to take active part in the construction of the Belt and Road”.

Unconfirmed reports stated interest of constructing a new canal connecting the Atlantic and Pacific oceans, in competition to the existing Panama Canal.

Nicaragua’s step comes after the US had established and tightened a new sanctions regime targeting President Ortega and other officials of the government with the so-called RENACER act.

The US-led Organization of American States (OAS) had condemned the recent elections in Nicaragua, whereupon the country had started the process to withdraw its membership.