Western seduction: How the US and the UK are trying to bring Syria into their sphere of influence 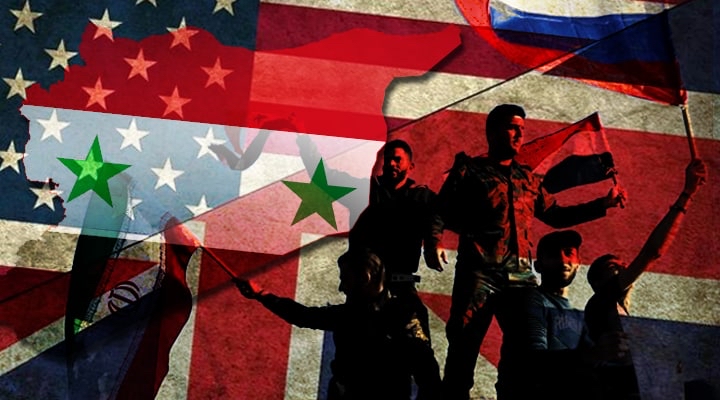 Ten years into Syria’s civil war, attempts by the U.S. and Europe and the Middle East to oust Bashar Assad’s regime in Syria have proven futile and Arab countries are gradually restoring relations with Damascus.

In the US, neoconservatives like Charles Lister or Nicole Robinson from the Heritage Foundation are warning Joe Biden against “normalizing” relations with Assad. Warning means they fear that such a prospect is possible.

Can the US or any other Western country “normalize” relations with Syria, and where would that lead?

How did Bashar al-Assad become an enemy of the West? Until 2011, Bashar Assad was perceived in the West as a reformer who led Syria toward a more liberal society and while fostering rapprochement with the Western world. However, the beginning of the “revolution” changed everything. The West launched an attack on the Syrian president, trying to use the mechanisms of the Arab Spring to destabilize the country and implement the “Greater Middle East” plan.

However, the West’s actions against Syria have not been successful. Moreover, regional powers like Turkey and Iran have strengthened their positions considerably. Together with Russia within the framework of the Astana process, they have become key players in Syria.

Today Russia, Iran and Turkey are a much more serious threat to the United States and its allies than Damascus itself. Paradoxically, Bashar al-Assad’s Syria before 2011 was much more favorable to the West than it is now. Back then, Russia, Turkey, and Iran had much less influence, there were no Russian military bases, Turkey was not squeezing PKK fighters, and Iran had not yet been able to directly approach the border of the Israeli-occupied Golan Heights.

Therefore, it would be beneficial for the US to at least partially return to the situation of 2011, which implies at least a partial restoration of relations with Damascus. And since Bashar al-Assad has been demonized by Western propaganda to the point that such relations can’t be discussed in public. Any contact will go through his entourage.

According to Josh Rogin from the Washington Post “Biden is tacitly endorsing Assad’s normalization”, although Secretary of State Blinken states the opposite in words.

Working through the elites

It would be naive to believe that Syrian elites are a monolithic bloc. As any elite, the interests of different political and economic groups clash in Damascus. There have been and are among them some supporters of rapprochement with the United States, the United Kingdom and Israel.

At the beginning of 2021, for example, the British media seriously discussed the nomination of Asma Assad to the presidency of Syria.

As The Economist noted: “Both in Damascus and foreign capitals, Syrians openly speculate whether she harbors political ambitions to climb to the very top. If Bashar’s position becomes untenable, could a President Asma offer a sop to the country’s Sunni majority while preserving continuity? There are even rumors that a family member recently met American officials to seek backing for such a scheme. “Bashar and Asma are both thinking about this,” said a former Syrian diplomat. “She would love to be president and both are considering it as a revolutionary solution to save the regime.”

Might the West try to make inroads with Syria through Asma Assad’s entourage? Can its classic carrot and stick method still work?

So, on the one hand, the West is increasing sanctions pressure on Syria with the so-called “Caesar’s Act”. The purpose is to show that it is impossible to restore Syria without the West. On the other hand, not so long ago, in August 2021, the UK government lifted sanctions on Tarif al-Akhras, who is a cousin of the father of the Syrian first lady, Asma al-Assad.

The latter action is a clear sign that London is ready to negotiate with Damascus, but on its terms.

Of course, both Asma al-Assad and her husband Bashar al-Assad wish their country and its people nothing but good. However, in their desperate search for a way to normalize the situation in the country, it is possible that they will make the mistake of approaching the Western calls positively.

However, Syria’s experience since 2011, as well as the experience of other countries, such as Iran, show that the West cannot be trusted. The US and its allies can easily revert to sanctions and pressure when they need to. Therefore, the best strategy is not to give in to threats or promises, and, like today’s Iran, stick to its line, cooperate with allies and not compromise.

Another possible direction in which the US can put serious pressure on Damascus is through the process of negotiations between Damascus and the Syrian Democratic Forces (the de facto Kurdish separatist forces, indistinguishable from the PKK).

The Anti-Turkish Brett McGurk – Biden’s envoy for the Global Coalition to Counter ISIS – is trying to drag Russia into this game. He has previously advocated a deal between Washington and Damascus, but Russia should also fear a rapprochement between Damascus and Washington.

The US, while maintaining control over the actions of Kurdish terrorists, could trade the formal inclusion of SDF formations into the Syrian Arab Army and the partial lifting of sanctions for the weakening of Damascus’ contacts with Russia and Iran. In particular, the result could be the replacement of Russian companies in Syria’s oil sector with American ones.

The Gulf monarchies will benefit from the potential rapprochement between Damascus and the West. They are already restoring ties with Syria. The UAE has been doing so since 2018. Russia and Iran lose: the refusal to develop cooperation with these countries will be the most likely price of reconciliation with the West.

But there is another important player in Syria: Turkey. In the described scenario, it remains a loser. The PKK’s position in Syria will strengthen, obtaining a new level of legality.

In order to prevent this scenario in Syria, it is necessary to develop cooperation between Turkey, Iran and Russia. Coordination between these three countries and normalization of relations between Damascus and Ankara is necessary to counter American influence in Syria. Otherwise, the situation will turn against it.

There is real potential to level American pressure by mobilizing participants in the Astana process and unlocking economic and political cooperation between Turkey and Syria.