Between Sochi and Brussels 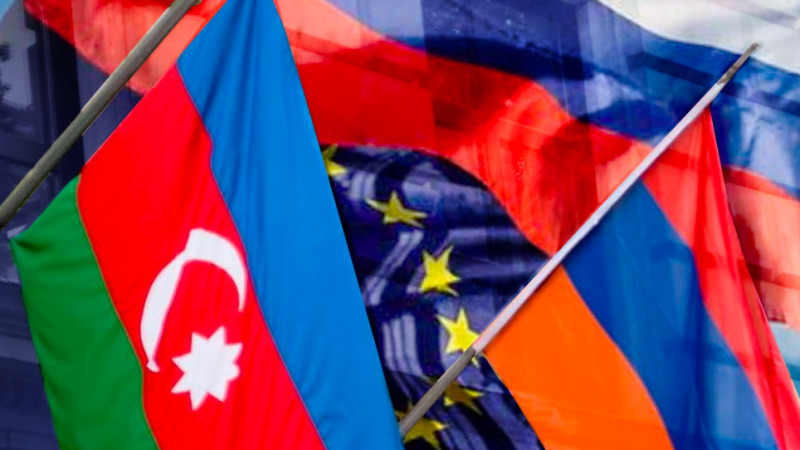 There is a serious need for dialogue and cooperation in the South Caucasus. It is clear that achieving peace between Armenia and Azerbaijan after the 44-day Second Karabakh War will be a long process and that serious mediation mission is needed. Moscow took the initiative from the first day, and even during the hottest part of the conflict, a lasting ceasefire was achieved between the parties.

One of the parties to the November 10 tripartite agreement is Moscow, which shows that Russia has a key role to play in resolving the conflict. Over the past year, several meetings have been held between the leaders of Armenia and Azerbaijan, as well as the governments of the two countries, with the mediation of Russia. The purpose of these meetings is to open communications in the region and to achieve lasting peace and development in the region in the post-war period. Moscow’s initiatives are welcomed by both Armenia and Azerbaijan.

However, Europe is not happy. The stance of the United States and France, the co-chairs of the OSCE Minsk Group during the 44 day Karabakh war, seriously damaged the West’s image in the region as a whole. Today, the influence of the West and Europe in the South Caucasus has been shaken. Russia and Turkey have taken the lead.

What will Aliyev and Pashinyan discuss in Brussels?

Europe, on the other hand, does not intend to reconcile with this fact and is trying to re-establish its mediation mission by re-taking the initiative and reigniting the conflict.

The December 15 meeting, initiated by EU Council President Charles Michel, could be seen as a rematch for the West to strengthen itself in the region. This meeting was the last hope not only of Europe, but also of the government of Nikol Pashinyan, acting at the behest of the West. Serious preparations were made, grand plans were prepared, and the Armenian Diaspora in the West was mobilized for this meeting.

The goal was clear – to meet Ilham Aliyev and Nikol Pashinyan at the summit in Brussels on December 15, and at the same time, to protect the interests of some Western countries in Yerevan and increase the role of Europe in resolving the conflict in the region. But Vladimir Putin thwarted all these plans.

The meeting in Sochi on November 26 was also a response to Europe – the war in the region is over and preparations are underway for a lasting peace. Attempts to shape the perception that the conflict is not over and to limit Russia’s efforts have failed. The statements made by Russian leader Vladimir Putin at the Sochi meeting are a sign of this – Russia has full control over the processes in the region, and all opportunities have been mobilized to implement the terms of the November 10 trilateral agreement. A lasting peace agreement will be signed between Armenia and Azerbaijan soon. There is no need for additional intermediaries.

The main decisions are made in Russia

Indeed, the meeting in Sochi is another serious step forward. Preliminary agreements have been reached between the parties on the disputed issues. There are agreements between Armenia and Azerbaijan on the demarcation of the state border, the acceleration of demarcation and delimitation, the opening of communications in the region and other humanitarian issues. The statements made by both the Prime Minister of Armenia Nikol Pashinyan and the President of Azerbaijan Ilham Aliyev after the Sochi meeting give grounds to say that this meeting was productive.

Russian leader Vladimir Putin said, “We want the results to be achieved before the Brussels meeting”, and then the process became more active. One week after the Sochi meeting, another meeting between Armenian and Azerbaijani government officials took place in Moscow – the parties began to work together on issues arising from the Sochi meeting.

We can say that Putin has achieved his goal – the Brussels meeting no longer makes sense. What issues will Azerbaijani President Ilham Aliyev and Armenian Prime Minister Nikol Pashinyan talk about during the Eastern Partnership Summit to be held in Brussels on December 15?! All issues to be discussed have already been agreed in Sochi, and appropriate steps are being taken. Russia is the party that monitors and directly assists the agreements. This is a very important factor. The identity of the mediator and the ability to mediate is a serious factor in the negotiation process.

Europe still has a chance

In this regard, the meeting in Brussels can be considered an ordinary and procedural meeting, as Europe’s mediation opportunities in the region are completely exhausted and there are no mechanisms to influence the parties. On the other hand, Putin’s convening of the Sochi meeting and reaching concrete agreements between the parties have reduced Europe’s chances to zero.

Nevertheless, the West can contribute to the post-war period. If Europe’s plans for the region are sincere, then it can express its support for the common cause by implementing a number of post-conflict projects. The region needs humanitarian initiatives to reunite the Armenian and Azerbaijani communities. In this regard, European institutions, instead of forming the impression that the conflict is not over, should accept the reality that the conflict is over and strive for lasting peace between the parties. Competing with Russia in the region will not benefit Europe. In any case, Russia is part of the region, and Europe is an outside observer.