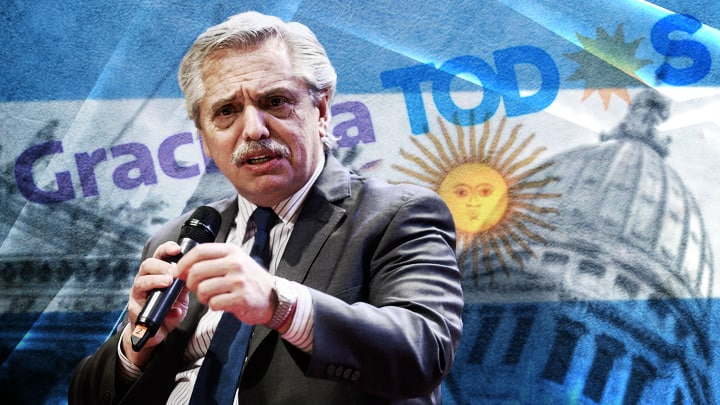 The final scrutiny of Argentina’s legislative elections, held last Sunday, November 14, has not yet concluded. However, the computations obtained and endorsed by the National Electoral Chamber (CNE) show little possibility of significant variations in the current projections.

Based on this, the result of these national elections can be read in various ways, for example, from the 24 electoral districts (23 provinces + the Autonomous City of Buenos Aires), the opposition alliance “Juntos por el Cambio” (JxC) prevailed in 13 districts; the coalition in the government Frente de Todos (FdT) won in 9 provinces; while in two Patagonian and hydrocarbon provinces, Neuquén and Río Negro, other political parties and territorial alliances won.

According to this view, the right-wing Juntos por el Cambio managed to win the majority of the votes of the most important provinces of Argentina, also those with the highest incomes and with the largest electoral volume (more population registered), among them, Buenos Aires, Santa Fe, Córdoba, Mendoza, Misiones and City of Buenos Aires (CABA). For its part, the Frente de Todos would have obtained support mainly from the northern provinces (except Tierra del Fuego), which are less populated and whose productive development is less.

The latter is contrary to what happens in the two aforementioned Patagonian provinces, which are more independent in economic terms and where regional political forces prevailed: the Neuquino Popular Movement (MPN) and Juntos Somos Rio Negro (JSRN).

This view of the Argentine legislative elections, which has been taken up by part of the national and international media, would make the following reading possible: Together for Change won in 54% of the districts (provinces and the capital of the country), while the Frente de Todos did so in 38%. In other words, a considerable majority of the country supported the right, Together for Change (54%), and less than 40% of the Argentine population (38%) was loyal to the progressive K-Peronist project of the Frente de Todos. But, in reality, this would be a manipulation of the results and a misrepresentation of the Argentine political reality, which in any case continues to reflect a deep polarization of Argentine society, of the so-called “La grieta” (or the divide) that, among other things, in these elections, midterm parliamentarians led the FdT and JxC to a technical tie in the province of Buenos Aires.

Noting, in addition, as has happened in other countries of our region and the world, the emergence of the extreme right and the resurgence, with less intensity, of a hope from the hand of projects that vindicate the “classic left” (Trotskyists, Leninists, Communists and / or Socialists).

Another possible perspective on the results was that announced by the opposition in advance on the night of the elections. Juntos por el Cambio (JxC) then accounted for a difference of 10 percentage points between JxC and the Frente de Todos (FdT). However, as the Argentine CNE database was updated, this difference narrowed.

At this time, with 97.6% of the votes counted, the gap narrowed to 8.5%. This difference is reduced to 1% in the province of Buenos Aires, while, in the City of Buenos Aires, a bastion of the right and the far right, which also coexists with a sector of the elite Argentine conservatism, the FdT had a “historic” campaign that allowed him to obtain 25% of the votes in favor.

Composition of the Congress

After the national legislative elections were held, in the Chamber of Deputies, the Frente de Todos, which had put 52 seats at stake, lost only 2 of them, holding 118 seats, and continues to be the first minority in the Lower House of the Argentine Congress. Juntos por el Cambio, on the contrary, obtained 2 more seats than it put into play, renewing, as of next December, 2 legislators.

The surprises of these elections were, in the first place, the ultra-right coalition, Avanza Libertad, which had no representation in the Argentine Congress and now has 4 seats. They, the so-called “libertarians,” are potential allies of Juntos por el Cambio in the parliamentary arena.

Second, the Front of the Left and Workers, Unity (FITU), also had an outstanding campaign, managing to double its participation in the Argentine Congress from 2 to 4 legislators. It is possible that some legislative projects could be agreed between the FdT and the FITU, but it is not something that will come about automatically, and, in fact, from the Left Front they have already announced that they would maintain their critical stance towards the government.

What are the most likely allies Frente de Todos (FdT) might have in the new Congress? Let us remember that the Lower House is composed of 257 deputies and deputies, and that to reach a quorum, 129 votes in favor are required. The FdT has 118, which requires 11 deputies from coalitions and extra-bloc parties. Thus, the Frente de Todos will need to maintain the allies it had since 2019, and go out to look for 2 more votes, which it will find – not without inconveniences or concessions – in the provincial parties: Misiones, Mendoza, Río Negro, Santa Cruz, Corrientes, Santa Fe.

In short, the Frente de Todos has seven “potential” allies in the Chamber of Deputies, however, even if it does end up getting them (118 + 7 = 125), it is still not enough to reach the quorum (129). All this implies greater negotiating and dissuasive efforts on the part of the main actors of the FdT not only within the Legislative Branch, but, especially, with the Executive Branch.

In the Upper House, the governing coalition will have (until December 2021) 41 senators and senators, of which, last Sunday, 15 were in dispute. The Frente de Todos retained 9 seats, but lost 6. This will leave the FdT with 35 seats to face the second half of Alberto Fernández’s government. It is worth noting that the above meant the loss of the quorum in the Argentine Senate, something that had not happened since 1983, when the democratic system was re-established in the Argentine Republic.

Thus, as is the case for the Deputies, the Frente de Todos will become the first minority in Senators as well, a chamber in which 37 votes in favor are required to obtain a quorum and approve the Presidential Decrees or DNU (Decrees of Necessity and Urgency). The FdT has here two “insurance” allies: the legislator Alberto Weretilnek, from the Juntos Somos Río Negro party (JSRN) and the parliamentarian from the province of Misiones, Magdalena Solari.

Another determining factor in Congress, and, in particular, in the Senate, is Cristina Fernández de Kirchner, who in her capacity as Executive Vice President presides over the Upper House and whose vote is decisive in a tie situation. CFK has been able to organize the internal and external debates of the most controversial issues dealt with in the nucleus of the Argentine Senate. There were few discrepancies between the legislators of the Frente de Todos in this chamber, but when necessary “the boss” has managed to settle the differences in a flat and root way. Without a doubt, she is a strong point of the FdT.

Beyond the approach with which an attempt is made to manipulate quantitatively and qualitatively from sectors of the Argentine right and far right, regionally and globally, the results of national legislative elections in sovereign Argentine territory; it is important to look at things from a governmental perspective. In this sense, the Frente de Todos saw the tie in the Buenos Aires Legislature, the advance in the Buenos Aires Legislature and its first minority position in both houses of the Argentine Congress, as a great electoral victory.

It is worth noting that the Argentine right tried and managed to position these parliamentary elections as a recall referendum for Alberto Fernández, so much so that after exercising his right and obligation to vote, a blurred Mauricio Macri even spoke of “an orderly transition”. The former president, who will be remembered in the black pages of Argentine history as the person responsible for indebting the southern country once again with the IMF and bringing only calamities to the Argentine people, when asked about how he sees the country from here to the next two years, replied:

“Difficult, very difficult, but Together for Change is going to help with great responsibility so that the transition is as orderly as possible so that the country is put back on the right course,” Macri replied.

This announcement of a “new orderly transition”, two years before a new presidential election (2023), raised controversy and found detractors inside and outside the government. The mayor of Buenos Aires, Horacio Rodríguez Larreta, distanced himself from Macri’s sayings and affirmed: “there is no transition because there is an elected government until 2023.” On the other hand, Larreta said that the opposition, which he now leads (JxC), is waiting for the presentation of the Multi-year Economic Program for Sustainable Development:

“In the national Congress, they should present the projects as soon as possible. The President unclearly mentioned a plan, a program in Congress. We hope you present it quickly, because we lacked a plan these two years. Hopefully it will and it will be debated in Congress,” said the mayor of the capital.

In short, in political rather than numerical terms, the results of the general elections were a significant “comeback” for the Frente de Todos, both at the national level and in the province of Buenos Aires, in comparison with the results obtained in the PASO, September 12, 2021. There were also districts where the results of the PASO were “turned around” and where the Frente de Todos was imposed. Hence, President Alberto Fernández called a large demonstration this Wednesday, November 17, at the mythical Plaza de Mayo, and that from the Frente de Todos it was celebrated as if they had won the elections, because in reality, they perceive it as “a rebirth” of Peronism-K (and not Kirchnerista). A new opportunity was afforded in the alliance in the government.

Finally, the new political map in the Congress of the Argentine Nation has not yet begun to reconfigure itself, there are projections and scenarios, but it will only be possible to see what is coming at the parliamentary level as of December 21, 2021, when the benches are renewed on  December 10, and more specifically in 2022, when the legislative year begins.