War is over if you want it to be 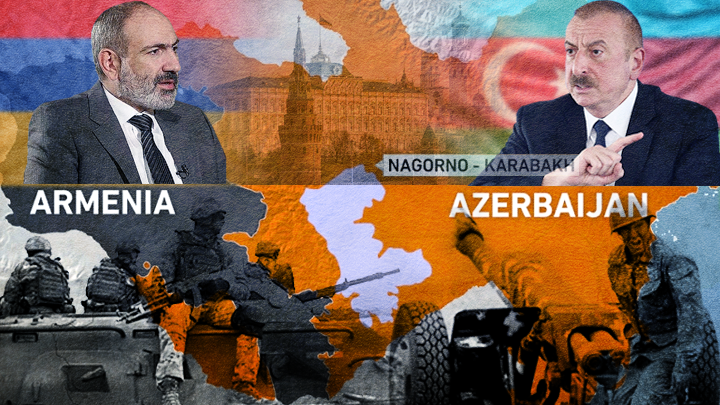 It seems that the lasting peace in the South Caucasus is difficult to achieve yet, and there are objective and subjective reasons for this. Certain forces, both inside and outside the region are not interested in establishing long-term peace and cooperation in the South Caucasus.

Last week, the situation in the region has become tense again and active military operations were conducted on the Armenian-Azerbaijani border. Both sides suffered losses. The Armenian army, which first violated the ceasefire and attacked the other side, suffered more casualties and lost two military positions.

Finally, with Russia’s intervention, a ceasefire was reached again.

It is noteworthy that the defeated Armenian army resorted to provocations again and tried to restore the conflict in the region. Is the Armenian side, defeated in the 44-day Second Karabakh War, really able to fight against Azerbaijan, or are there factors forcing Armenia to do so?

Both internal and external factors need to be considered here. The internal situation in Armenia is unstable and the Armenian society, which has not yet recovered from the 44-day war, continues witnessing a wave of protests against the government of Nikol Pashinyan. In order to reduce internal tensions and divert attention from the political-socio-economic chaos, the Armenian military-political elite is resorting to such provocations on the border between the two countries. But this method also has a boomerang effect. Because, in the clashes on the border, the Armenian army still suffers losses, Armenian soldiers are taken as prisoners, and this deepens the internal crisis in Armenia.

Before the leaders’ meeting in Moscow

On the other hand, the next meeting of the leaders of the three countries is expected in Moscow in the near future, Armenia and Azerbaijan are expected to sign a lasting peace agreement. Before the agreement, the state borders between the two countries must be fully defined and agreed upon by all parties. The Armenian government intends to win the peace agreement by gaining new territories and heights on the border.

But these are not the only reasons. Geopolitical processes are going on in the region, which also need to be taken into consideration. The growing influence of Russia and Turkey in the region does not satisfy Western circles, especially the United States and France. The two countries, co-chairs of the OSCE Minsk Group, do not want to reconcile with Russia’s decisive position in resolving the conflict.

A border game of forces jealous of Russia

For this reason, in order to delay the implementation of the tripartite agreement signed on November 10 and to overshadow Russia’s mediation mission, from time to time they try to provoke the border and create the impression that the conflict is unresolved.

A premeditated plan on their side includes repeated calls from the United States and France for the resumption of the OSCE Minsk Group following each round of clashes and the pressure on official Baku.

The goal is clear: to violate the ceasefire, to prevent the signing of a lasting peace agreement and to thwart Russia’s mediation mission by resuming hostilities. Unfortunately, Nikol Pashinyan, who came to power in 2018 with the support of Western circles, especially the SOROS Foundation, today does not take into account the interests of Armenian nation, but the instructions of his masters in the West.

But the reality does not change. The war in the region is over. The Republic of Azerbaijan has restored its territorial integrity. Rapid work is underway in the region to restore infrastructure and revitalize life. Russia and Turkey jointly control peace and security in the region. The countries of the region determine the future of the region.