Afghanistan’s future under the Taliban 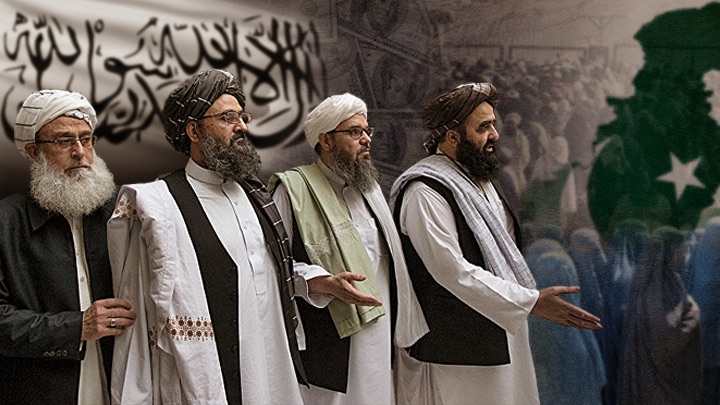 In a dramatic move on August 15, the Taliban took control of Afghanistan for the second time as they stepped into the Presidential Palace in Kabul. The historical palace has remained the center of power and the tug-of-war over it has been going on since the nineteenth century. From Emir Abdur Rehman to the Western-backed Ashraf Ghani, the palace has witnessed much drama and chaos.

However, the recent episode shocked the world as Ghani and his team flew away despite having promised just the opposite just hours before and without letting anyone know — well, except the Taliban. Ghani deceived Afghans but also his NATO allies that kept his government running for years. His mysterious departure marked a swift victory for the Taliban after 20 years of bloodbath.

This was a landmark conquest for the group. Indeed, the rapid takeover was a massive intelligence failure for the Ghani administration. On the Afghan political stage, Ghani can be portrayed as an accomplished actor able to fool his own people and allies for years. Even US presidents Trump and Biden could not read the strategic chessboard where they were in checkmate.

History has been made, so now we have to move forward. It is important to keep the emotional responses aside and ignore the fault lines that tumbled the previous government. There were plenty of problems in the previous government, which led to its disintegration, and it would be like flogging a dead horse to continue to think about the past.

Time for a reality check

The fact that the Taliban are in power doesn’t mean that Afghanistan’s troubles are over. The new leaders of the country have a long and bumpy road ahead with endless problems that need to be addressed.

For starters, they have been unable to provide the security they guaranteed; suicide attacks and targeted killings are still claiming the lives of innocent Afghanis. And then comes the shattered economy.

Deadly attacks from a branch of the Islamic State (IS) continue. Recent brutal attacks on mosques that claimed the lives of dozens sent shockwaves through the Taliban’s hurried claim that war has been ended in Afghanistan. The insurgents’ territorial expansion poses an evident threat to the viability of the new Afghanistan. Meanwhile, the Taliban claim to have engaged in intensive fighting with IS fighters in various provinces in an attempt to quell the threat.

No food, no future

Around 23 million people, over half of the population, are facing acute food insecurity. Humanitarian issues and poverty have been a big challenge in the past too. The former Western-backed government miserably failed in this area despite billions of dollars poured into the country to help vulnerable Afghans.

Given that the Taliban is overwhelmed, the international community should initiate more ambitious programs to help the needy. The US also froze Afghanistan’s US Dollar reserves as a result of the banking system barely functioning, but this should be unfrozen and part of it should be allocated to cope with the humanitarian crisis.

The Taliban and the US signed a peace agreement in February of 2020, which settled the withdrawal of American troops. The freezing of financial reserves doesn’t respect the spirit of the accord. The Taliban, the US and regional countries, with Western powers as brokers, should work together towards comprehensive talks. Millions of innocent Afghans deserved to put an end to a suffering that has continued interrupted for more than 40 years.

Peace and stability in Afghanistan is indeed in the best interest of the region – the Taliban says it enjoys good relations with all the neighboring countries, and calls Pakistan a second home.

Relations with Pakistan have never been normal over the past two decades. The former government blamed Pakistan for instability in Afghanistan and for its covert and overt support to the group. Kabul and Islamabad have a long history of tense relations, but will the Taliban be able to fix it?

Sovereignty concerns, security interest, geopolitical dynamics, cross-border ties, connectivity and trade are just some of the complex aspects behind the two neighboring states’ uneasy relations. Undoubtedly, a positive relationship not only with Pakistan, but with the region as a whole, could ease the job of the Taliban to foster stability and development in the country.

Women: the ‘other half’ of the Afghan people

Another sinking point which needs to be addressed urgently is the role of Afghan women in society. Afghan women are different than they were in the past, as Afghanistan today is different than it was in the 1990s. They also have the right to think about and participate in decisions about the future of our country.

Their political participation, in addition to their social and economic roles, have made them stronger: much stronger. The Taliban said that they are willing to uphold women’s rights based on Islamic teachings. However, girls are turned away at schools, and women are frequently forced to leave their jobs. This is a very challenging matter for the Taliban and a big concern for the Afghan women who achieved so many gains in the past years.

Afghan women could be divided into two groups; pro-Taliban and anti-Taliban. A number of women protest in favor of the Taliban while others take to the streets to voice the opposition against them. The new Afghanistan should be a country where all women have their voice regardless of their views and affiliations, and gender equality is not compromised in any way.

The soul and brain-drain

A number of Afghans have fled the country and others are trying to reach Iran and Pakistan since the victory of the Taliban. Reportedly, 300,000 Afghans cross into Iran on a daily basis. This is shocking and devastating.

The same applies to Pakistan as thousands of people try to cross into the country every single day. In the wake of massive inflows of Afghan refugees, Turkey, Iran and Pakistan have bolstered border restrictions.

The Taliban has an obligation to protect civilians, but just asking them to beef up public safeguards will not solve the problem. Afghans need to stand shoulder to shoulder with each other in tough times and can even press the Group in case of negligence. Trust-building is essential and the Taliban must take into account all the Afghans and treat them equally in all affairs of governing.

Furthermore, the Taliban also need to engage in talks with Afghan political leaders in exile. This is a great time for the Taliban to show flexibility and call upon the Afghan leaders from all tribes to return home and join the political arena.

The Taliban would become a champion of peace if they succeeded in bringing back the dissident leaders and working with them for betterment of the society.

There is also a resistance movement against Taliban rule. It is weak at the moment, but in the medium term it could gain momentum, legitimacy and strength. As a result, it could challenge the Taliban. Afghans may see another war and bloodshed. Why should this war not end once and for all by giving dialogue a chance?

For a prosperous, developed and united Afghanistan, there is a need for joint efforts. The world is watching the Taliban to see whether they have indeed changed or are planning to recreate their harsh rule – remember the public executions and strict punishments.

Yet, apparently, the Group has no intention to return to the harsh punishments used in the past. Recently, men accused of stealing were seen paraded around a city in the back of a truck to humiliate them. Twenty years ago they would have been killed.

Since the Taliban has locked horns with everyone except Pakistan, they see today Islamabad as their only savior. On November 10, Afghan foreign affairs chief met his Pakistani counterpart in Islamabad, a move in line with this decades-old doctrine.

Yet, few details have emerged about what the Taliban had ‘lost and gained’ during the visit. Definitely, the 20-member desperate Afghan delegation was trying to find a way to get Pakistan’s help to strengthen the country’s economy.

It’s better for the Taliban not to rely economically on Pakistan too much as the country itself is dealing with a bad economy. Islamabad has raised taxes and the price of basic commodities has increased manifold over the last year. Pakistan is at the mercy of the IMF.

Likewise, Iran and China are at loggerheads with the US and its allies. Again, economic challenges are manifold. A tough time is ahead of the Taliban as they aim to remain neutral amidst tension between China and the US – and save the falling Afghan economy on the way.

The only way forward is to seize the abilities of half of the country’s population—Afghan women—and bring in talented minds into the government. In addition, the Taliban has to make peace with everyone and keep their ideology within reasonable boundaries.

The Group’s leaders must break the traditional, ancient mindset within the ranks. Otherwise, all their efforts will yield the same result: a perfect zero.

* Mansoor Faizy is the Editor-in-Chief of the Afghanistan Times Daily, and can be reached at mansoorfaizy01@gmail.com

One response to “Afghanistan’s future under the Taliban”