How the Miami-Mafia is fuelling instability in Cuba 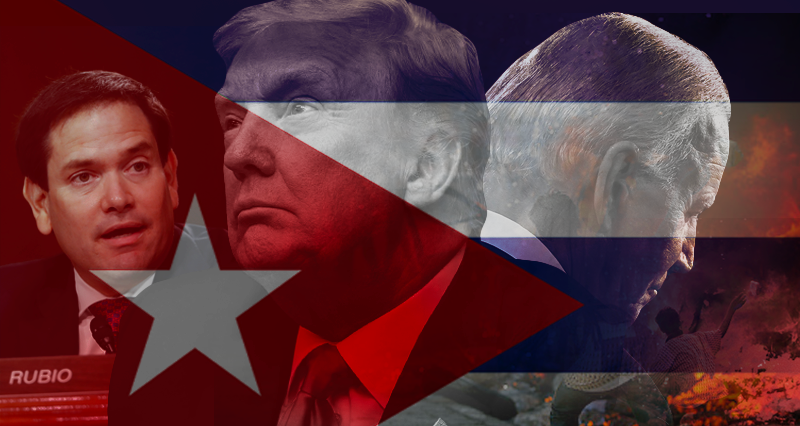 The presidency of Biden has reversed the ‘normalisation of relations between the US and Cuba’, initiated by Barack Obama. In fact Biden has further tightened the criminal illegal economic and financial blockade against Cuba, beyond of what Donald Trump had put in place.

Since the advent of the corona pandemic, the US has intensified its campaign of regime change and destabilising countries in the Latin America, through a myriad of ways, especially by spreading fake news, recruiting so-called minorities such LGTBQ + constituencies as opposition, installing illegal presidents and others into their fold. Washingtın thus tried to advance the agenda of removing those governments, that are not following its dictates. The Biden administration has, for all intents and purposes, positioned itself as the destabilising force in the Bolivarian Venezuela, in Nicaragua and especially in Cuba. This is attributable to a set of intersecting factors, including the disproportionate influence of the Cuban diaspora in Miami, Florida.

The Cuban diaspora is constituted by almost three generations of Cuban-born Americans, now living in US and Miami in particular. They have made it their duty to oppose the socialist Cuban because they were direct beneficiaries of the exploitative relations that existed with US and propped up by an authoritarian dictator Fulgencio Batista.

From the failures of Operation Mongoose and the beginning of the end of Edward Landsdale – a man who had had an enviable reputation as a can-do covert specialist, the seeds of the now complex intersecting work of the CIA, Pentagon, State Department and Department of Defence, the US Information Agency and other government agencies got ahead and are at play now. People such as Republican Senator Marco Antonio Rubio – the Cuban-American politician based in Miami, have invested lots of money and energy into the regime change agenda in order to return Cuba to a backward and pliant satellite of the US – which could have it both ways: Cuba becoming the playground of American rich, and dimming the powerful example it provides to the region and abroad.

The CIA, Pentagon, US Information Agency, the National Endowment for Democracy (NED) together with the Cuban-American diaspora of Marco Rubio in Miami-Dade constituencies have been part of sabotage and terrorist campaign against Cuba for over 6 decades, which has caused irreparable damage to the Cuban infrastructure. They tried to invade Cuba during the Bay of Pigs and continue despicable efforts to overthrow a legitimate and sovereign government, with the active connivance of the US government. Cuba had to send undercover agents to unravel these terrorist activities and after presenting the facts to the US authorities, they instead arrested the Five Cubans who had infiltrated the groups. They were charged and sentenced for flouting undercover operatives laws. They have held sway in the Florida State vote for both Democrats and Republicans and influenced the US anti-Cuba.

In the coming days the US government, together with this group, will once again be complicit in attempts to create instability and chaos in Cuba, through the so-called #SOSCUBA to seek to overthrow the Cuban government. Since the triumph of the Cuban Revolution in 1959, and the change of the socio-political trajectory, Cuba has never been forgiven for rightfully claiming and acting out its sovereignty.

The US government’s posture with respect to Cuba has been to try and return the island to its status as a (US) semi-colony, if not only to dim the light the example Cuba has become since the 1959 triumph of the Revolution. The US non-stop wars against Cuba dates as back as to the presidency of Thomas Jefferson, who always saw Cuba as its territory, under its sphere of influence and jurisdiction. In the aftermath of the 1898 Spanish-US War, Cuba was the first to initiate its own struggle for independence.

During those years, Cubans personified by guerrilla fighters known as mambises fought for the autonomy from Spain. At the end of that war a treaty was signed but never implemented. The US added the Teller Amendment asserting that it would not attempt to exercise hegemony over Cuba. Following the years of war, American interests bought up large tracts of land in Cuba. Cuba has demonstrated in many ways that a united and determined people can overcome the obstacles thrown at them.

Beyond Cuba’s socialist outlook, there are reasons why the Cuban-American diaspora in Miami, Florida wants to turn back the clock. The Revolution returned the dignity of all the peoples of Cuba, including the black people and the indigenous. The Revolution continues to be an example for progressives and many across the world, but the Cuban-American mafia in Miami, think this is not for their benefit therefore, it must change. Cuba has been demonised as part of broader plan to win the hearts and minds of the youth and those who’ve not experienced the Revolution.

Chris Matlhako is the 2nd Deputy Secretary General of the South African Communist Party, governing the country in the Tripartite Alliance together with the African National Congress (ANC) and the Congress of South African Trade Unions.