The GOP moves steadily towards authoritarianism 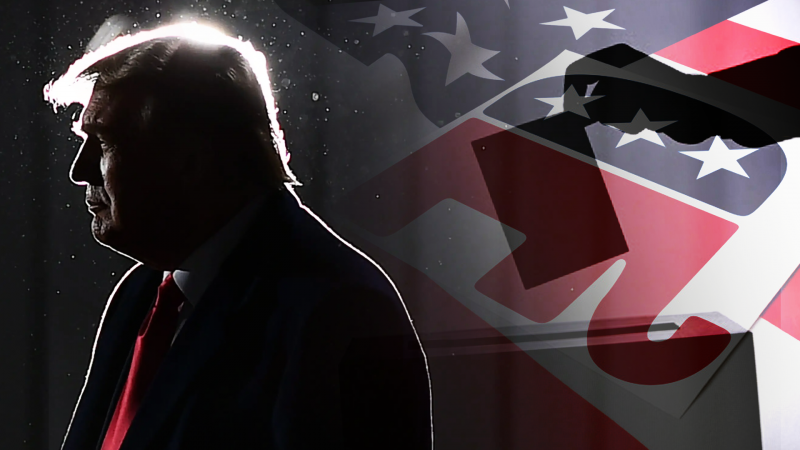 After Trump’s defeat in 2020, the GOP offensive to regain the White House in 2024 has begun. With false allegations of improvable fraud in states where the former President won in 2016 and the promotion of projects to make it harder to vote, the strategy for what is to come has become the guarantee of a victory in 2024 through measures that have already been approved in 19 US states.

So far in 2021 alone, more than 360 bills have been introduced in 47 of the country’s 50 states to further restrict access to the vote. Both these initiatives and the accusations of fraud and the non-recognition of the Democratic Party’s victory, something unprecedented in American history, show the choice for authoritarianism adopted by Republicans and supporters of former president Trump.

“As in a sport, when people don’t accept the rules, there is no point in playing the game,” explains Kenneth Janda, professor emeritus of political science at Northwestern University, in an interview. “The main problem is that many Republican politicians are buying Trump’s accusation that the election was fraudulent. A party cannot be considered democratic if it does not accept the results of the ballot box.”

What appeared after the former President’s defeat to be a break within the party eventually proved to be a growth of Trump as the undisputed Republican front-runner. According to a Morning Consult poll, the former President has an 82% approval rating among party voters, while two out of three Republicans want him as their candidate in 2024. This support is also reflected in the idea sown by Trump himself about fraud in the 2020 election, as 78% of the party’s voters do not believe that Joe Biden’s victory was legitimate.

With the radicalization of the party, the persecution of dissent is becoming increasingly evident. Congresswoman Liz Cheney, for example, was removed from her position as leader of the Republican bloc for opposing the fraud speech and her re-election bid is in jeopardy. As GOP scholar Geoffrey Kabaservice explains, “since 1980 the party has been increasingly willing to expel those who don’t follow the leader. Before, dissenting interests could be accommodated, now it is the cult of personality that is more and more strongly constituted”.

On the other hand, while some party figures suffer the consequences of standing in opposition to the former President, others are taking advantage of his popularity among Republican voters to gain support for the 2022 legislative elections. This is the case of Iowa Senator Chuck Grassley, who received Trump at an event in which he presented his candidacy: “If I did not accept the support of a person who has 91% of the Republicans in my state, it would not be very smart,” he said on stage with Trump at his side.

The road to radicalization

While the Republican Party historically had the support of the middle and upper-middle classes in the suburbs, over time it moved away from these voters and became the choice of rural voters. This migration began in 1964, when then-presidential candidate Barry Goldwater launched a campaign to mobilize the conservative southern electorate that was dissatisfied with the end of racial segregation.

Since then, the idea of a culture war began to brew over issues such as access to abortion and, later, the refusal to discuss gender issues or to push for debate on the removal of critical race theory from school and university curricula. Although this electorate has been reduced, the Republicans’ bet is on mobilizing the voters they still have.

“They appeal to the idea that we are facing existential threats related to values, such as family and religion. This is happening while society as a whole is moving in an increasingly progressive direction, which generates a sense of fear,” explains Pippa Norris, a political scientist at Harvard University.

At the same time, she points out that the US Constitution itself provides incentives for Republicans to focus on a rural electorate and, consequently, to appeal to its radicalization. According to the US Constitution, all states have the same weight in the Senate, which means that sparsely populated states such as Kansas have the same representation as California or New York, where the number of inhabitants and consequently the number of voters is considerably higher.

The way to incentivize these voters to mobilize is expressed in the idea that the opposition is illegitimate, as has been the case since 2020 with the discourse of fraud. “The Republican party is no longer interested in competing on public policy and prefers to make processes more difficult,” explains Lucan Way of the University of Toronto.

Consequently, the result in sight is an increasingly radicalized Republican Party. “There is potential for an anti-democratic rupture, which could mean violence,” argues Kabaservice. On the other hand, as Republicans seek to undermine access to the vote in the states where they govern, some analysts anticipate the possibility of an alliance between members or former members of the party who prioritize their commitment to democracy with the Democrats. Meanwhile, some media outlets insist on the idea of portraying these two situations as the result of a polarization in which both sides are equal and it is necessary to seek a middle ground.

Professor Alfred McCoy recently published an article warning of the imminent danger of a successful democratic rupture in the run-up to the 2024 election. What on January 6, 2021 resulted in a failed coup attempt with the invasion of the capitol, now appears as a political articulation between influential and increasingly reactionary actors to ensure that democracy does not impede the Trumpist power project. Nothing that might emerge from this adventure will result in concrete benefits for the American people and, to a much lesser extent, for the peoples of our America.

*Ana Laura Dagorret is an Argentinian journalist based in Rio de Janeiro who specializes in geopolitics and international relations. She is member of the PIA Global staff and she is also the co-author of Manual Breve de Geopolitica, which can be download for free in spanish in the following link:  https://perio.unlp.edu.ar/la-facultad/ediciones-de-periodismo-y-comunicacion/manual-breve-de-geopolitica/

2 responses to “The GOP moves steadily towards authoritarianism”