Failure of the Francafrique expansion attempt in Sudan and its aftermath 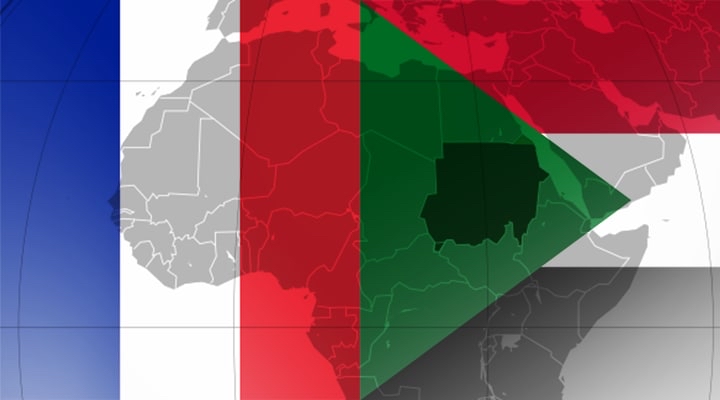 On October 25, amidst popular unrest, power in Sudan shifted to the military. The interim civilian Prime Minister, Abdalla Hamdok, was first arrested but later released. The army, headed by the head of Sudan’s Sovereign Council, General Abdel Fattah Al-Burhan, assumed full responsibility for the country’s fate. The precondition for the redistribution of power was the unstable situation following the overthrow of President Omar Bashir in 2019. The pro-Western civilian government led by Hamdok pushed the socio-economic situation in the country to dangerous limits. Under these conditions, the military was easily able to take power.

Western countries have condemned the transfer of full power to the military in Sudan. The new leadership is under unprecedented pressure. The U.S. Secretary of State spoke to the deposed prime minister by telephone, which can only be understood as a direct interference of Washington in Sudan’s domestic affairs.

Globalist institutions also showed their stance: Sudan will not receive financial aid after the coup, and Germany is threatening to take a similar decision. The U.S. has announced a recosnideration of the normalization of relations between Khartoum and Tel Aviv after the change of power in Sudan.

As UWI has already informed, the United States was the main loser from the change of power in Sudan.

Paris, however, is also one of the main losers. A Franco-Sudanese economic forum was scheduled in the capital at the end of November, according to Africa Intelligence. The head of the French forces in Djibouti (FFDJ), General Stéphane Dupont, was going to pay a two-day visit to the capital of the republic. However, that visit was canceled.

After the overthrow of Omar Bashir, Paris began to actively try to consolidate its influence in Sudan. In addition to cooperating with the Sudanese military, France promised Sudan debt forgiveness in exchange for neoliberal reforms. The agreement was scheduled to be signed as early as this November.

At present, Khartoum owes a total of almost $70 billion.

Paris had also intended to include Sudan in an international conference on Libya at the level of heads of state scheduled for November 12. However, all of these plans will now at least be frozen. Thus, France has so far failed to include Sudan in its sphere of influence. Against the background of the collapse of the pro-French regime in Mali and the uncertain future of Guinea, where there was also a recent coup, the failure in Sudan would be another blow to the French neocolonial state in Africa.

Sudan is important to Paris from a geopolitical point of view.

First, it provided an opportunity to gain a foothold in eastern Africa and create an unbroken chain of controlled states that would stretch across the continent in the Sahel zone. It is a coincidence, but it is in this zone that the ancient caravan routes pass, which are still used for the transcontinental human, drug and arms trafficking.

Second, France competes with Turkey in the African region. The former leadership of Sudan, led by Omar Bashir, drew closer to Turkey and even agreed to lease the port of Suakin to Turkey for 99 years. The new leadership of the country did not cancel the agreement over the island.

Moreover, the Sudanese military, which overthrew Omar Bashir, began to establish relations with Turkey too. In this context, Paris intended to pull the Sudanese on its side.

Third, Sudan directly borders Libya. Sudanese mercenaries are operating in Libya, and there were reports that Sudanese groups could operate both on the side of groups in Western Libya loyal to the government in Tripoli and on the side of General Khalifa Haftar. It would be possible to influence the situation in Libya through Sudan, taking advantage of certain autonomy of the Sudanese forces operating there. In Libya, Paris is actively trying to establish itself both militarily, helping General Khalifa Haftar, and diplomatically and economically, through the oil and gas company Total.

The change of power in Sudan could result in worsening the conditions for close Sudanese-French cooperation. France’s destructive influence in the region is thus limited. The coup in Sudan opens a window of opportunity for France’s competitors: Turkey, Russia and China, and will affect the situation in the Sahel and Libya.