Second war of independence in Africa 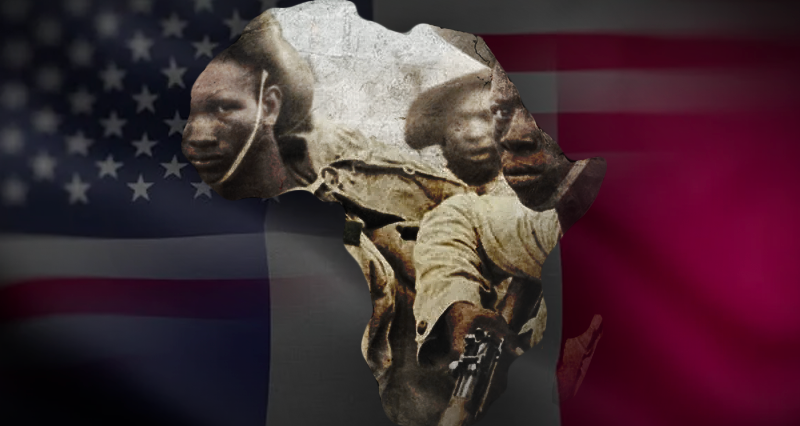 From China-bis to Asia-bis: Rise of the geopolitical importance of Africa in the world

1. Alongside Asia, the African continent is the new center of gravity of our world with its growing population, demands and rich resources waiting to be put into use.

The African continent, which had a population of around 100 million at the beginning of 1900, increased tenfold and reached 1 billion inhabitants by the early 2000s, is expected to increase four times more by the year 2100.

Also in 2100, the number of states in Africa whose population exceeds 100 million will rise from 2 to 9.

Turkey should take steps to improve its kinship and friendship ties with the rising African continent in all areas.

The population of Asia will increase from the current number of 4.4 billion to 4.8 billion by 2100.

Nigeria, Ethiopia, Egypt, the Democratic Republic of the Congo, Tanzania, Madagascar, Uganda, Niger and Chad will be the countries that have a population of more than 100 million by 2100.

With only 43 people per square kilometer, the African continent has a population density three times lower than that of European countries.

According to projections, birth rates in Asia and Latin America will decrease rapidly over the next three decades. The United Nations has announced that the world’s population will continue to grow, however according to some other projections, the global population is expected to decline after 2064. China’s population of 1.4 billion is projected to drop down to 732 million by the end of the century. The populations of the European capitals and of Japan are also expected to be reduced by half in the meanwhile.

The Asian continent, which is home to 59% of the world’s population today in 2020, is expected to fall to 40% of the global population and have the equivalent population potential of the African continent by the end of the century.

2. The African continent has been experiencing its 2nd War of Independence since 2013. Turkey should stand in solidarity with the new struggles of the African countries, which have been a source of inspiration in their war of independence against colonialism at the beginning of the 20th century, which they have now revived after a 60-year pause.

The African continent was in a struggle against the “C” of Colonialism at the beginning of the 20th century, and in 21st century, the “C” now stands for “Commonwealth of Nations” which was imposed over them for over sixty years, and they have achieved significant success in many countries over the last decade. We salute this great struggle.

The anti-colonialist movements against imperialist overlords across the African continent in the early 1900s, especially against Britain and France, have resulted in the independence of these countries throughout the 1950s and 1960s.

With the imposition of neoliberal policies throughout the 80s, whatever public sector the African continent had was destroyed by privatization.

In the 90s and 2000s, imperialist powers went one step further, and created conflicts between tribes, carved terror corridors through African countries using separatist and jihadist terrorist organizations, established military bases with the excuse of terrorism which were funded by themselves, and organized military coups and invasions in effort to break up states into multiple separatist entities.

Year 2013 or “Belt and Road” Initiative: Milestone of revolutions in North Africa and Sub-Saharan countries

Since 2013, thanks to the economic freedom movement created by the Chinese “Belt and Road” initiative, leaders from center-right to center-left, and even the most pro-French leaders, have begun shifting away from the Atlanticist sphere of influence and moving closer to the Asian camp.

Almost all countries in Africa have signed the “Belt and Road Initiative Partnership Memorandum”, especially after 2016. The African Union members that were also part of the “Non-Aligned Movement” in the 60s have been shifting towards cooperation with Asia since 2015.

After 2010, “stability”, “peace” and “economic growth” began to prevail among the African nations. The “Anti Third-Term Presidency” movement and acts of “civil disobedience” started by the imperialist powers are aimed directly at preventing this new orientation.

3. The African nations began to unify an overwhelming majority of the population under “National Fronts” against imperialist centers, and are organized under the name of the ‘Extended Presidency Alliance’.

The political movements that fought against colonialism together at the beginning of the 20th century were divided politically into center-right and center-left over the last six decades. And now, with the Second War of African Independence, this rivalry has started to disappear, and the national unity created against colonialism has been restored in many African countries.

Enhanced majority of Presidential Alliances in Africa: the “déjà vu” of decolonization

We salute the African “Presidential Alliances”.

We see the desperation the United States and France are in in these countries; and we announce that we stand side by side with the African “National Fronts”, and against the “civil disobedience” movements and coup attempts.

The Ivory Coast, which experienced civil war in the 2000s and witnessed the military occupation of France, have been a part of the movement “Alliance of Presidency”, which, since 2015, has put aside its differences, despite being historically known as the “Frenchmen of French Africa”. Moreover, the “fierce enemies” of the 2000s also came together under the umbrella of “National Front” in early 2021. The Alliance of Presidency’s approval rating is over 90% in Ivory Coast, the result of the spirit of “National Front” of the Second War of African Independence.

In Algeria, Mali, Burkina Faso, Tunisia and many other African countries, Alliance of Presidency members are in office with nearly 80-90% of the vote. In the Second War of African Independence, the center-left, the center-right and the socialists will join together into this greater alliance.