Putin: Trust in the US-dollar is fading 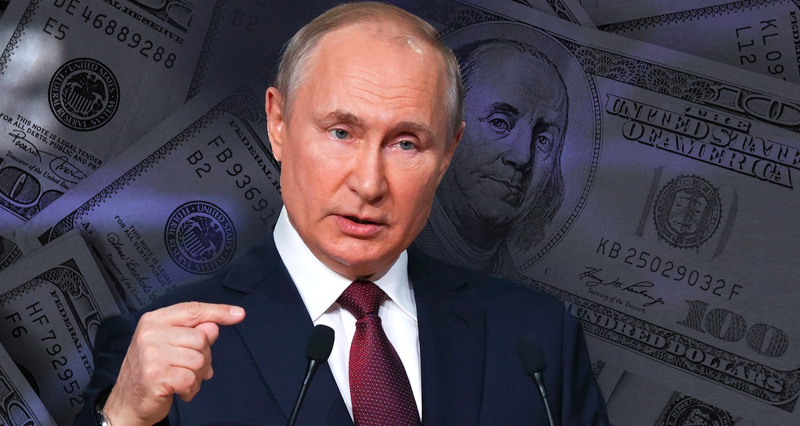 The US economy is showing signs of crisis, while the US government continues to use economic sanctions as a tool of diplomacy. The combination of the two factors deepens the global mistrust towards the US-Dollar and leads actors to search for alternatives.

Russian President Vladimir Putin spoke on this development to Hadley Gamble from CNBC. Below UWI documents Putin’s views on the American currency and Russia’s financial politics.

I know that your central bank governor – in our conversation this summer she essentially said to me you are moving away from dollar-denominated assets when it comes to trying to diversify away from the US dollar. Is that so sanctions have less of a bite to the Russian economy?

I believe the US makes a huge mistake in using dollar as the sanction instrument. And it does so because it impedes US transfers in US currency, or sanctions in production. So we can’t acquire money in dollars and what does it lead to? We are forced – we have no other choice but to move to transactions in other currencies. This is the first thing I wanted to say.

And we also do the same. We diminish the role of the dollar in our reserves and means of payment and we try – we’re not always successful – but we try to move to making transactions in national currencies. In this regard we can say that the US bites the hand that feeds it. This dollar is a competitive advantage – it is a universal reserve currency and the United States today uses it to pursue political situation and pursue political goals, and they harm their economic and strategic interests as a result.

Do you see the US dollar devolving into a currency that isn’t the world’s reserve currency? Do you think that can happen?

It undermines its position as a world reserve currency. Both transactions and reserves in US dollars shrink. But we are not interested in moving completely away from transactions in dollars. And we are satisfied as of yet to pay in dollars for energy sources for oil first and foremost.

But if the US government’s policy continues then we have no choice and we will do nothing but the US will undermine the situation. Among other things, the US national debt is growing; once again, Congress has now decided to increase the government debt ceiling. So what is it? Emission. What is emission? This is the rise in inflation. And today the US faces record high inflation growth. So these are economic reasons that undermine trust towards the dollar.

Everyone has a question: “what’s next”? What will they do with this colossal debt? Will they manipulate somehow the dollar? Will it diminish the value of the dollar? What will they do with the debt? These are fundamental questions – it has nothing to do with us. It’s about the Federal Reserve system and the policy of the US administration. The United States is the largest economy in the world – a very high-tech one. And the whole world economy depends on the health of the US economy. And we are interested in seeing no such shocks. But it doesn’t depend on us. And we closely follow the situation and analyze it to make necessary steps to ensure our long-term interest.