A glance at Egypt: Lebanon’s crisis might bring Syria back to the Arab League and a new approach surfaces between Cairo and Tripoli 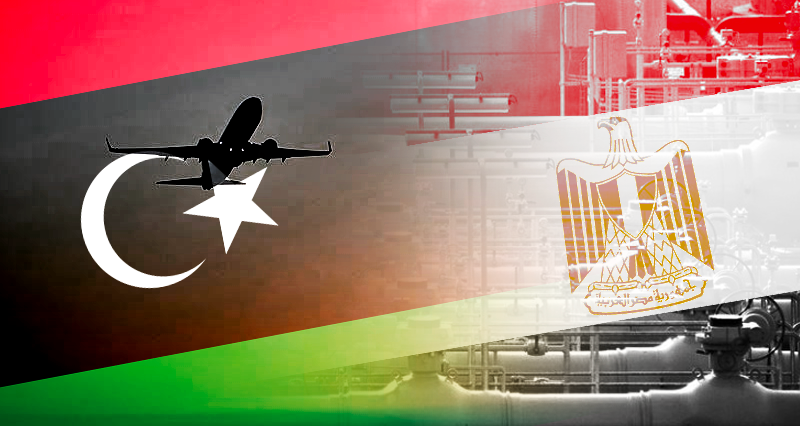 Transporting Israeli gas to Lebanon via Egypt, Jordan and Syria as the most recent US move to cut Iranian influence?

On September 8, energy ministers of four Arab countries convened in the Jordanian capital of Amman to set a plan to save Lebanon from the worst economic crisis witnessed by a country since the 1800s. The deal involves three Arab countries – Egypt, Jordan and Syria – and stipulates transferring natural gas from the Egyptian peninsula of Sinai to Jordan to generate electricity that will be transferred to Lebanon through Syria. If the agreement proceeds as planned, Lebanon might receive regular power supply within a year.

The plan is unprecedented for many reasons: It includes six countries unusually cooperating to save the small country, including Egypt, Jordan, Syria, Israel and the United States of America. Also, Syria’s involvement marks the first official talks with its Arab neighbors in a decade.

According to Israel’s Channel 12, the gas that will take the entire journey from Egypt to Lebanon includes Israeli gas, within a plan that involves settlements from several regional and international players. As one of the unusual aspects of this plan, Syria is permitted to be part of any energy trade in the region, despite US sanctions imposed on the war-ravaged country. The Biden administration will also have to ignore its new rules that prohibit multinational banks, including the World Bank financing the whole deal for Lebanon. These new rules had prohibited financing fossil fuel projects.

Hezbollah will also have to compromise, given the fact that the light inside his hiding shelter will be lit by Israeli gas processed by American technology, under US supervision and permission. Apparently, Hezbollah has no other option, as long as this concession will help to calm down the turmoil that plagued the Lebanon in 2019 and reached its peak in 2020 after the tragic explosion of Beirut port in August. Ever since, the country’s economy has been in a downfall that resulted in a total collapse of the currency and a severe shortage of medicine, fuel and basic supplies.

According to the Atlantic Council, the whole deal appears to be an alternative US plan to roll back Iranian and Russian influence in the region; thus, instead of igniting another war and deploying more troops, the US has decided to ease some forfeits, pour in more cash and watch how the magic happens.

Last August, the Secretary-General of Hezbollah, Hassan Nasrallah promised to obtain Iranian fuel that would rescue Lebanon’s imploding energy grid. But as Hezbollah was unable to receive these shipments, Nasrallah blamed the US and, by extension, Israel. But, in mid-September, Iranian fuel supplies arrived via Syria, which further proved Hezbollah’s strength and the failure of the Lebanese state. One of the conditions the US has imposed was an immediate economic reform and less influence of Iran in the country.

Besides of rescuing a brotherly Arab country, the new deal will also move the Egyptian-Syrian relations a step closer. Accordingly, a meeting between Egypt’s foreign minister Sameh Shoukry and his Syrian counterpart Faisal Mekdad on the sidelines of the United Nation General Assembly in New York on September 25, followed the meeting between the four Arab ministers of energy. In the meeting, Egypt explored the potential possibility of restoring the relations with Syria, according to Shoukry.

“Now, as military conflicts have faded away, it is time to explore the steps that may lead to the prosperity of Syrian people and finding an exit from the ongoing crisis since 2011,” Shoukry said during a phone interview from New York to the Egyptian TV show Kelma Akhira, adding that the meeting will help to restore Syria’s role as an active party of the Arab world.

The Egyptian media has welcomed the meeting between the two diplomats, explaining that this step had been long awaited for normalizing the relations between the two countries, which were unified under federal rule 63 years ago.

An Egyptian writer described the severed ties between Cairo and Damascus as a convulsive and nervous decision, blaming the former president Mohamed Morsi’s regime for it. He added that Egypt’s position served for no one’s interest but the Muslim Brotherhood, western empires and the terrorist groups, who all have worked relentlessly on dividing Syria and risked the safety of its people, just to achieve pure selfish interests.

“Egypt shouldn’t’t follow the wave of restoring ties with Damascus, it should lead it,” writer Mohamed El-Shazly said in an article published in the state-run newspaper Al Ahram. He also blamed the Syrian opposition, who used to meet regularly in Cairo to discuss the Syrian fate, for demanding the step down of President Bashar Al Assad.

“The ties were completely severed and the blockade was comprehensive. How did that work for the people of Syria and the opposition itself?” El-Shazly wondered, proposing that the return of Syria to the Arab barn might improve the political atmosphere in the country.

Abdullah Al Sanawy, another Egyptian columnist and writer, has gone further, encouraging to commence a dialogue not only with Syria but with Turkey and Iran as well, in a way that serves the interests of Egypt in Libya and preserves the Arab national security.

To put all these developments in the right context, we should keep in mind that fact that Egypt has not raised its diplomatic representation in Damascus yet, unlike several Arab countries such as the UAE, Bahrain and Oman.

When asked about Egypt’s stance towards reactivating Syria’s membership in the Arab League, the Egyptian top diplomat said it is contingent on the Syrian government’s compliance with the UN’s resolutions and restoring security and safety of the Syrian people, as well as ending the crisis of the Syrian refugees around the world. Shoukry also asserted that all foreign forces should leave the Syrian territories, even the American troops.

Maybe Cairo has its disputes with the Syrian regime, but it has never echoed the voices calling for getting rid of Assad’s regimes, except during Morsi’s reign, as the current regime of President Abdel Fattah Al Sisi does not need another militant-run country in the Middle East.

The relations between Egypt and Libya have witnessed a breakthrough following the visit of the Prime Minister of Libya’s interim Government of National Unity, Abdulhamid Al Dabaiba to Cairo on September 15. The two leaders, Sisi and Dabaiba, have agreed on several settlements and deals that can deepen the relations between Cairo and the government in Tripoli.

There is no doubt that the recent political developments in Libya have reassured Cairo that Libya is willing to fully collaborate in various topics, which have ignited Cairo’s discomfort and triggered a prolonged alert on its borders with Libya.

On October 4, Libya’s eastern-based parliament announced agreeing on law for a parliamentary election to take place a month after a planned December 24 presidential election, a move that has been praised by President Sisi during his meeting with Dabaiba.

During the meeting, Sisi has offered Egypt’s readiness to help Libya streamlining the voting process in December’s elections.

Dabaiba’s visit resulted in signing 14 MoUs between the two countries worth billions of dollars and covering various fields, including construction, agriculture, civil aviation, electricity, sports, energy and oil. One of the significant results was resuming flights between Cairo International Airport and Mitiga International Airport, after a seven-year hiatus. EgyptAir also ran a special flight to Benina International Airport in Benghazi to transport the Egyptian national team to meet its Libyan counterpart for World Cup qualifiers.

Resuming flights is a significant development and confirms the sincere will of the two neighbors to restore relations, translating all the past meetings and agreements into an actual move on the ground. This will advance the transportation of the Egyptian workers who will take part in Libya’s reconstruction and enhance exchanging expertise that will execute all the Egyptian projects.