First anniversary of the Karabakh War 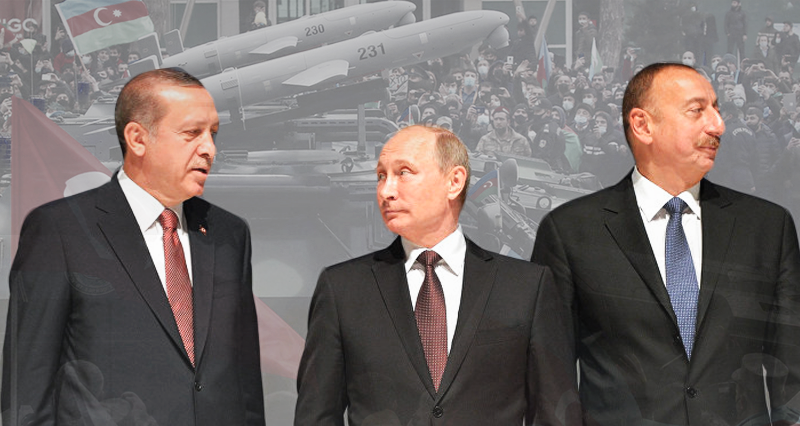 Around this time last year, a new war broke out in the South Caucasus. The 30-year-old frozen conflict flared up again and large-scale military operations erupted in Nagorno-Karabakh.

From the first hours of the war, which began on September 27, the advantage was on the Azerbaijani side for a number of reasons.

Immediately after the ceasefire agreement signed in May 1994, the Republic of Azerbaijan aimed to develop its economy, attract foreign investors to the country and bring the country’s economy up to world standards by advancing the oil and gas industry.

It also increased the military potential of Azerbaijan, which has a strong economy. Equipped with modern weapons, the Azerbaijani army has been conducting regular military exercises in recent years and was ready for battle.

Trying to maintain a balance in the region, Baku worked closely with the world’s leading arms producers – the Azerbaijani army had in its arsenal the most modern weapons produced by Russia, Israel, Turkey, Belarus and other countries.

A strong economy leads to victory

In short, Azerbaijan was actively preparing for war. Armenia, on the other hand, has not been able to benefit from the lands it has occupied for 30 years, and no country in the world has recognized Nagorno-Karabakh as an independent state. For Armenia, which has a weak economy, maintaining Nagorno-Karabakh and other territories was an additional financial loss, which led to further serious consequences economically.

In addition, the Armenian government, which has been fluctuating between Russia and the West, was not considered a reliable partner by both sides.

When the war broke, all these factors had an impact, and the Azerbaijani side won the 44-day Second Karabakh War and the territorial integrity of the Republic of Azerbaijan was restored.

A tripartite agreement signed on November 10, 2020, put an end to military operations and launched Russian peacekeeping activity in the region.

Turkey and Russia, which cooperate in Iraq and Syria, also came to a common agreement in Karabakh. After the war, a joint Russian-Turkish Monitoring Center was launched in Karabakh, which still monitors the ceasefire in the region.

Peace without US and West

The war in Karabakh was in fact the beginning of a new process in the world: the lies of the United States about peace were exposed, and the parties to the conflict in the world once again saw the West’s true face. Recent events in Afghanistan have further exposed Washington’s real position.

New realities have already emerged in the world: countries must cooperate with each other and benefit from the mediation of regional powers. Turkish-Russian cooperation in ensuring peace in Karabakh has revealed new realities for the whole world: conflicts cannot be resolved without the participation of Turkey and Russia. The coexistence of these two powerful countries is also very important in terms of maintaining the balance of religion and race: Muslim and Christian, West and East.

As a result of the efforts of these two countries, new infrastructure projects are being opened in the South Caucasus today: the Zangezur Corridor will be launched in the near future and an atmosphere of cooperation will be formed that will serve the interests of all countries in the region.

And most importantly, all of this is taking place without the involvement of the United States and the West.