France: Support for terror and its consequences 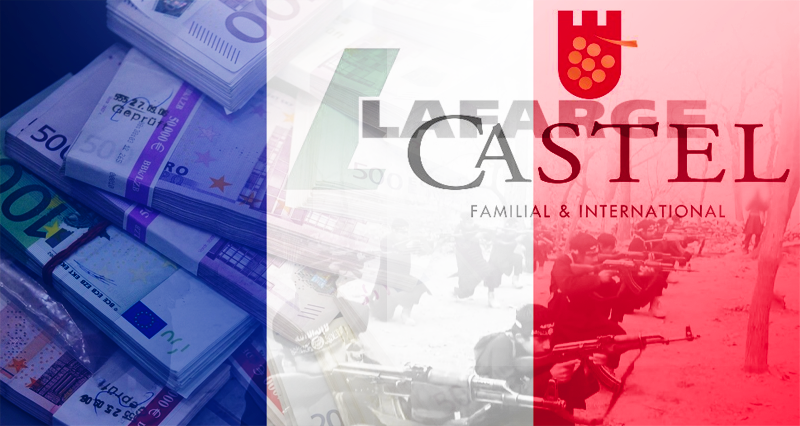 Recently the French Court of Cassation gave the green light to indict the French cement giant Lafarge for complicity in crimes against humanity by financing ISIS in Syria.

The court’s decision overturned lower court rulings that determined in 2019 that the cement giant’s payments to ISIS in Syria did not constitute terrorist financing. The court now holds otherwise, emphasizing that “one can be complicit in crimes against humanity even if one doesn’t have the intention of being associated with the crimes committed.”

In 2007, Lafarge invested in a large cement plant in Syria’s Aleppo province. When ISIS militants seized the area, the French company began paying terrorists protection money. Moreover, the money also went to firms affiliated with the militants. A French company bought oil and pozzolan from terrorists.

Jacob Wærness, a former Norwegian intelligence agent, was responsible for contacts with the ISIS terrorists. He described his contacts in detail in his memoirs, after which he was arrested in France in 2018. The country’s authorities were forced to launch an investigation after the truth came out.

However, that’s not the whole story. Anadolu recently reported, citing documents made available to the agency, that Lafarge constantly informed France’s domestic, foreign and military intelligence services about the ties to ISIS.

French intelligence agencies used Lafarge’s network of relationships, its cooperation with terrorist organizations in Syria, and negotiations to build ties with terrorists. On November 18, 2018, an intelligence officer codenamed “AM 02” testified in court, stating that intelligence and Lafarge worked closely together in this area. Jean Claude Veillard, the company’s head of security, also claimed the same.

Money for the PKK

ISIS is not the only terrorists with whom French intelligence agencies cooperated through Lafarge. Between 2012 and 2014, Lafarge sent cement to all armed groups in Syria, including al-Nusra, an al-Qaeda-linked terrorist group.

PKK-affiliated Kurdish left-wing separatist YPG groups were also involved in negotiations with Lafarge. https://english.alaraby.co.uk/analysis/why-lafarge-being-prosecuted-its-work-syria These terrorists also received money from the company, but the French company’s funding of the YPG terrorist organization did not generate a similarly violent response as was in the case of ISIS. Moreover, the YPG/PKK used the Lafarge plant to set up their base there.

The fact that French authorities support YPG terrorists by hosting their leaders at the Elysee Palace is no secret. YPG fighters are trained by the French military. French diplomats also support the separatists. Lafarge has brokered funding for terrorist groups fighting against both official Damascus and Turkey. De facto, all indications are that the French company was used by the intelligence services.

The imperialist policy of France is also rejected by Turkey and the Syrian authorities. Both the Turkish Foreign Ministry and the Syrian Foreign Ministry accused France of sponsoring terrorism. Despite the fierce confrontation, both Ankara and Damascus hold Paris responsible for the rise of terrorism in the region. The French support of terror was aimed against both of them.

Support of terror and separatism in Africa

There is another fact that fuelling terror through private companies in regions of the interest this is a well-established mechanism of the French secret services. In another part of the world, in the Central African Republic, the French alcoholic beverage giant Castel Group paid money, allegedly to protect its sugar plantations, to militants of the Union for Peace in the Central African Republic (UPC) group.

On December 17, 2020, the UPC joined the Coalition des Patriotes pour le Changement (CPC), a coalition of groups led by former pro-French President François Bozizé. This coalition tried to overthrow the country’s legitimate leadership and disrupt democratic elections, but was stopped by the local army trained by the Russian instructors. French and Russian interests clash in the CAR, and militants of the former pro-French president, financed by a French company, tried to drive the Russians out of the country.

The French also have experience of interaction with the separatists in Mali, where, according to journalists, local separatists of the structure of Coordination of Movements of Azawad (CMA) together with French troops and businessmen took control of gold and uranium.

Africans themselves consider Paris “the main sponsor of terrorism” in Africa.

Cases like the Lafarge mishap prove that French business, French intelligence and the French military are operating in tandem. France uses business to finance terrorists and bandits in Syria and Africa, and occupies countries where it is supposedly engaged in the fight against terrorism (like Mali) to advance business interests.

The Movement Against Slavery and Terrorism (MAST) in Nigeria accuses French President Emmanuel Macron of supporting terrorism. According to one of the leaders of the movement Princess Ajibola, Paris allegedly supplied arms to the Boko Haram/ISWAP group.

An international human rights organization Save Humanity Advocacy Centre (SHAC), has accused France and some business operatives in France of having a substantial interest in supporting and sustaining Boko Haram. According to analysts, there were cases when French forces were airdropping weapons and provisions to terrorists in Nigeria. In 2015, eight French nationals were arrested for fighting on the side of Boko Haram in Cameroon. They were sent to France and till today there is no information of their fate.

Nigerian analyst J. Tochukwu Omenma says that “France’s non-committal attitude toward the Boko Haram fight is due to their profound economic interest—oil and uranium from the Lake Chad areas to support its energy needs”. Under the guise of anti-terrorist fight the French and their proxies capture resources, including Nigerian ones, and try to drag Nigeria into the French sphere of influence.

According to the Nigerian researcher “there is sufficient evidence that the trio of Francophone Nigeria neighbors have not done enough to combat Boko Haram, and it is a possibility that they intend to capture the rich oil deposit in the region and turn over the real estate to their colonial master for the full exploration of crude oil, gas, and uranium”.

The price of imperialism

Paris does not shy away from any methods in pursuing its imperialist policy in the Middle East and Africa. It threatens Turkey’s security because France has supported and continues to support PKK terrorists and does not hesitate to pay money even to ISIS terrorists. The French are doing the same in Africa. This again threatens Turkey’s interests in trying to play an active role in the continent’s affairs. But, of course, it is the Africans themselves who suffer first and foremost.

France’s aggressive policy, however, also has negative consequences for the French themselves. While Lafarge was paying money to ISIS terrorists, they were planning the terrible attacks in Bataclan and Nice. At the same time, invasions of other countries under the pretext of the war on terrorism only strengthen the terrorists’ support and lead to terrorist attacks in France itself. As French analysts Alain Gresh and Jean-Pierre Sereni point out, since the 1960s, terrorist attacks against France have been a reaction to Paris’ actions in the Middle East and Africa.

“We do not measure to what extent the wars led by the West in the Muslim world feed a hatred which goes far beyond the extremist circles… Forgetting the link between foreign policy in the Arab world and the development of jihadism leads to a blindness that explains fifteen years of failure in the “war on terror. This omission paralyzes strategic thinking and drags France into an infernal spiral for which it can only pay a high price”, experts say.

The only way out of this spiral of horror and violence is for Paris to abandon its aggressive policies in the Middle East and Africa, renouncing imperialism and interventionism. French elites should leave the world alone and deal with their own domestic problems, of which there are plenty. Both their own citizens and millions of people around the world will thank them for it.