The Junta promised to respect agreements with Guinea’s partners 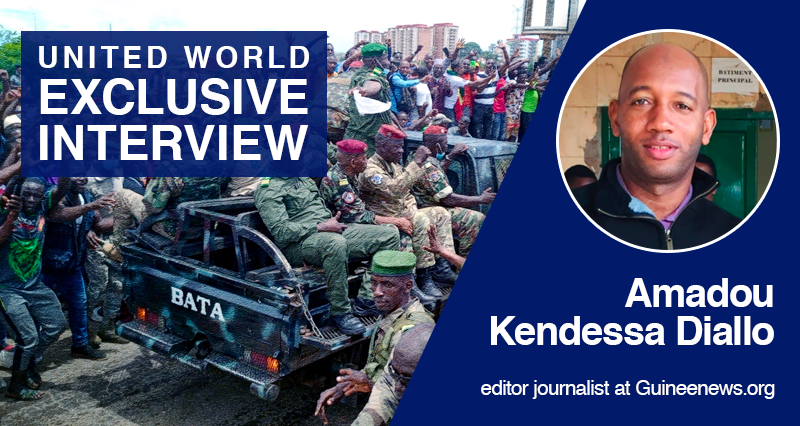 The debates on the military coup of last week in Guinea are continuing. The leader of the coup Colonel Mamady Doumbouya, who overthrew Guinea’s President Alpha Condé, has said that a new “union” government would be formed in weeks. Doumbouya stands out with the military training he received in Israel and France. While serving in the French Foreign Legion, Doumbouya had returned to his country at Conde’s request to head the Special Forces created in 2018. On the other hand, the ousted leader Condé, who defended the idea of ​​”Independent Africa”, is a prominent figure due to his opposition to French colonialism.

These developments brought along the allegations that France might be behind the coup. Condé’s government had very close relations to countries like Turkey, Russia and China. Thus, the new administration’s approach to these countries is an open and important question.

The future of the relations with France

Many experts say France backed that coup. Do you think that France had a role in the coup? How will the relations between Guinea and France continue from now on?

It is difficult to say that France played a decisive role in this coup. Even if we are talking about the presence of mercenaries among the Special Forces that brought down the Condé regime. It is obvious that the relations between Alpha Condé, the deposed president, and the French leaders, were not in a good shape. There was high tension between the two countries. But this tension did not start just yesterday. Since 1958, Guinea has always been suspicious of France. Alpha Condé, who defines himself as a Pan-Africanist, has always said that Guinea does not depend on another country.

Moreover, after the last presidential election of 2020, Macron did not congratulate Condé for his victory, because of the violence that occurred in the country and the opposition of France to any constitutional change in Guinea. I do not think that all this has helped calm the climate between the two states.

In my opinion, the two countries could return to peaceful relations given that the new strongman in Conakry was trained in France and served in international missions. Although: Alpha Condé had also spent more than four decades in France before being elected in 2010.

Alpha Conde had good relations with Turkey, Russia and China. What will be the attitude of the military administration towards these countries? How will this coup affect the relations?

For the moment, the military in power has promised to respect all of Guinea’s agreements with its partners and international organizations. Now, will they keep their word, let’s wait for them and see what they will do in the weeks or months to come.

If the powers you just mentioned respect their commitments, I believe there will be no witch-hunts. I remind you that the three countries, Russia, Turkey and China have always been alongside Guinea. And China today is one of our country’s biggest partners. It has built enough infrastructures in Guinea. I think that’s an asset.

On the other hand, it is not excluded that other powers pay the price for their proximity to the old regime that was much criticized in recent years.

What is the official statement of the military administration on the new foreign policy of Guinea?

To my knowledge, the junta has yet to make a statement on its foreign policy. Until now, even the list of junta members has not been made public. I think that regarding the new foreign policy of the junta; let’s wait for the formation of the future government.

All that is known is that the junta is currently organizing consultation meetings for the possible formation of a government of national unity as it has promised.