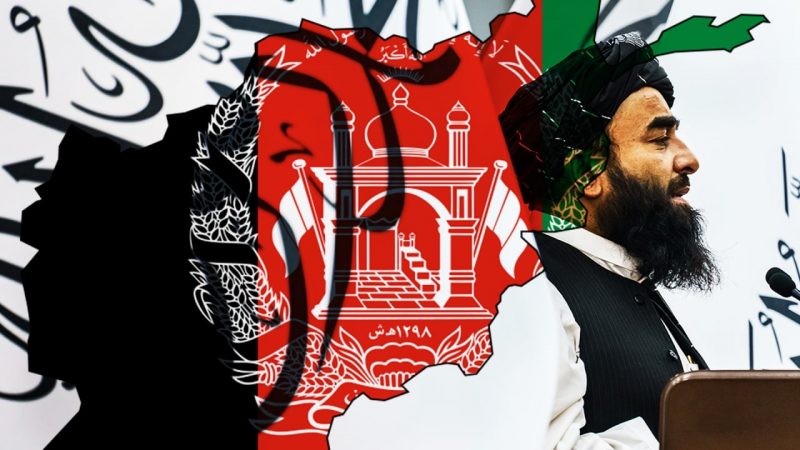 After the retreat of the US forces, the Taliban leadership, which has established control over Afghanistan, has announced the future leadership of the country.

The announcement has followed the claimed clearing of the Panshir Province from anti-Taliban forces. The spokesperson of the Taliban, Zabihullah Mujahid declared the leadership of the provisional government of Afghanistan.

Mullah Mohammad Hassan Akhund is the Prime Minister of the new government. Originating from Kandahar, Muhammad Hassan has been head the Taliban’s powerful leadership council, or Rehbari Shura, since 20 years. He is also one of the founders of the armed wing of the Taliban.

Turkish analyst Ramazan Bursa commented, “In spite of that, Akhund is widely considered more a religious and political leader than a military commander. He holds a strong and influential position within the movement”.

Bursa says “It is widely reported that Prime Minister Mullah Mohammad Hassan has been the closest person to the leader of the Taliban, Hibatullah Akhundzada, in the last 20 years.”

During the Taliban government 1996 – 2001, Mohammad Hassan was first the Foreign Minister and later Deputy Prime Minister.

Mullah Mohammad Hassan Akhund is one of the Taliban leaders on the sanctions list of the United Nations.

The First Deputy Prime Minister of the Afghan government, Mullah Abdul Ghani Baradar was born in the Uruzgan province in 1968 and grew up in Kandahar, the country’s second biggest city. As several Afghan leaders, Baradar joined the Mujahedeen to fight against the Soviets in the 1980s.

The civil war that broke out after the Soviet’s withdrawal 1989 has disappointed Baradar deeply, who returned to Kandahar to open a religious school (madrasa) together with Mullah Muhammad Omar.

When Mullah Omar founded the Taliban in the 1990s, Baradar was at his side and married his sister. Baradar took over critical duties during the 1996 – 2001 Taliban government and was Deputy Minister of Defence at the time when the government was crushed down.

When the US invaded Afghanistan in 2001, Baradar crossed over to Pakistan. He was arrested in 2010. Photos showing him put in chains by the Pakistan government when taken into custody caused great debate at that time.

After being imprisoned for a long time in Pakistan, Mullah Baradar was released and arrived in Doha, Qatar. Since January 2019, he is leading the presidency of the political office of the Taliban in Qatar and is the president of the negotiation delegation.

Due to the fact the Taliban leader Hibatullah Akhundzada never appears in front of the media or participates in meetings, Baradar has become the most well known face of the movement.

He made a phone call with the then US President Donald Trump as well as recently met the Chinese Foreign Minister Wang Yi in Beijing.

Sirajuddin Haqqani is another of the group’s top figures, who is on an FBI most wanted list.

After the death of his father, Jalaluddin Haqqani, he became the new leader of the Haqqani network, which has been credited with some of the most violent attacks that have occurred in Afghanistan against Afghan forces and their Western allies in recent years, reports the BBC.

Currently, the Haqqani network is designated as a “terrorist” organization by the United States. He is one of the FBI’s most wanted men.

Originally from Paktia province, Mutaqi calls himself a resident of Helmand.

Mutaqi served as minister of culture and information during the previous Taliban government, as well as minister of education. Mutaqi was later sent to Qatar and was appointed a member of the peace commission and negotiation team that held talks with the United States.

In statements and speeches while fighting raged for control of the country, he projected a moderate voice, calling on forces holed up in provincial capitals to talk to the group to avoid fighting in urban areas.

In the weeks after the fall of Kabul, Mutaqi played a similar role with the lone holdout province of Panjshir, calling for a peaceful settlement to hostilities, reports Al Jazeera.

Mohammad Yaqoob is the son of the founder of the Taliban, Mullah Mohammed Omar.

He is believed to be little more than 30 years old and is currently the leader of the group’s military operations.

At least 14 members of the Taliban’s hardline interim government in Kabul are on the UN Security Council’s terrorism blacklist, including acting Prime Minister Mullah Mohammad Hasan Akhund and his both deputies, raising concern of the international community over the composition of the new Cabinet in Afghanistan. Specially designated global terrorist Sirajuddin Haqqani, who carries a reward of $ 10 million US bounty on his head, is the acting interior minister while his uncle – Khalil Haqqani has been named as acting minister for refugees, reports CNBC.

“The Islamic Emirate decided to appoint and announce a caretaker cabinet to carry out the necessary government works,” said Mujahid, who named 33 members of “the new Islamic government” and said the remaining posts will be announced after careful deliberation.

Speaking at a news conference in the Afghan capital, Kabul, Mujahid stressed the cabinet was an “acting” government and that the group will “try to take people from other parts of the country”.

The announcement of the new government caused responses globally. Western media widely interpreted that the new government consist of the old Taliban, nıt fulfilling their promise to be “inclusive” both in terms of different ethnic groups’ and women participation.

US: Judging Taliban “by actions, not words”

The United States, which has withdrawn after 20 years of occupation, commented via a spokesperson of the State Department:

“We note the announced list of names consists exclusively of individuals who are members of the Taliban or their close associates and no women. We also are concerned by the affiliations and track records of some of the individuals. We understand that the Taliban has presented this as a caretaker cabinet. However, we will judge the Taliban by its actions, not words.”

Meanwhile, Secretary of State Blinken headed to meetings in Qatar and Germany and pursued phone diplomacy with the UAE and Kuwait.

In a speech held in Qatar, Blinken only and widely focused on evacuation efforts from Afghanistan, refraining from any comments on the future government of the country.

“Upon initial analysis of the names announced, it does not look like the inclusive and representative formation in terms of the rich ethnic and religious diversity of Afghanistan we hoped to see and that the Taliban were promising over the past weeks,” an EU spokesperson said.

The EU’s 27 nations have set out five conditions for increasing their engagement with the Taliban — including the formation of an “inclusive and representative” transitional government.

The spokesperson for the bloc said that “such inclusivity and representation is expected in the composition of a future transitional government, and as result of negotiations”.

Russia has not yet made any plans to hold talks with Afghanistan’s new government but will keep a close eye on the situation in the country, Kremlin Spokesman Dmitry Peskov told reporters on Wednesday.

“We maintain contact through our embassy in Kabul, which is necessary to ensure the safety of our diplomats and resolve other technical issues. There are no plans to hold other talks as of now,” he pointed out. “Like most other countries, Russia will keep a close eye on the steps that the new government will take,” Peskov added.

Ahead of the government announcement, Russian Foreign Minister Lavrov had demanded the “formation of a government that will reflect the entire range of Afghan society, including the Taliban and other ethnic groups, which will not only include the Pashtuns but also Uzbeks, Hazara and Tajiks.”

Beijing said it welcomed the end of “three weeks of anarchy” in Afghanistan with the establishment of a new interim government in Kabul, calling on the Taliban to restore order in the country.

China has been scathing about the American withdrawal, which it criticized as ill-planned and hasty. On Wednesday it said the new government would help bring stability.

“China attaches great importance to the announcement by the Taliban of the establishment of an interim government and some important personnel arrangements,” said foreign ministry spokesman Wang Wenbin at a press briefing.

The spokesperson had stated on September 7th “We always respect the sovereignty, independence and territorial integrity of Afghanistan and support the Afghan people in independently choosing a development path suited to their national conditions. We also support Afghanistan in forming an open, inclusive and broadly representative government, pursuing moderate and prudent domestic and foreign policies, resolutely fighting against all kinds of terrorist forces and developing friendly relations with other countries, especially neighboring countries.”

Turkey’s President Erdoğan commented also on the government announcement. “As you know just now, it’s hard to call it permanent, but an interim cabinet has been announced,” Erdoğan told reporters during a joint media appearance with visiting Congo President Felix Tshisekedi.

“We do not know how long this temporary cabinet will last. Our duty now is to follow this process carefully.”

Foreign Minister Çavuşoğlu also declared his country will “not be hasty in recognizing the Taliban”.

Iran on Wednesday criticized the formation of the Taliban government in Afghanistan, saying it ignored the need for an inclusive government.

Tehran had earlier called for the formation of an inclusive government in Afghanistan, with the participation of all political and ethnic groups in the country.

Shamkhani also expressed concern over “foreign interference” and the “use of military means instead of dialogue” in addressing the demands of Afghanistan’s various ethnic groups.

The remarks are seen as a veiled reference to developments in besieged Panjshir province in northern Afghanistan, where reports allege aerial attacks carried out by Pakistan in support of the Taliban.

Iranian Foreign Minister Amir Abdollahian had been holding talks with former Afghan President Hamid Karzai and Head of Afghanistan’s High Council for National Reconciliation Abdulalh Abdulalh in the recent days ahead of the government announcement.

The Taliban show “pragmatism” and should be judged on their actions, a top Qatari official told the AFP news agency in an exclusive interview, adding there was “no question” the group were Afghanistan’s de facto rulers.

“They have shown a great deal of pragmatism. Let’s seize the opportunities there… and look at their public actions,” said Assistant Foreign Minister Lolwah al-Khater, who stopped short of announcing formal recognition of Afghanistan’s new rulers.

“They are the de facto rulers, no question about that.”

Doha was the central intermediary between the Taliban, who opened a political office in Qatar in 2013, and the international community including Washington up until the Islamist group completed their lightning takeover of Afghanistan last month.

The interview was given just ahead of the government presentation.

The Pakistani Foreign Minister did nıt comment on the Taliban government itself, but stated “The situation in Afghanistan remains complex and fluid. We hope the political situation stabilizes leading to normalcy, soon. The new reality requires us to discard old lenses, develop new insights and proceed with a realistic and pragmatic approach.”