How should Turkey receive a possible Afghan refugee wave? 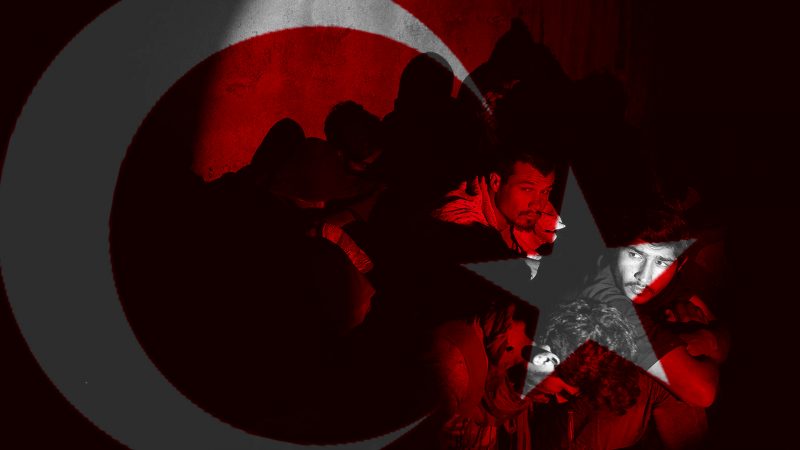 The Taliban, ousted from the power after the American invasion, have seized the power back after 20 years, even before the American troops could complete their withdrawal from the region. At the moment this article is being written, the Taliban have entered the capital Kabul, the Afghan President Ashraf Ghani has fled the country, and Western powers are quickly evacuating their diplomatic mission officials and employees.

There are two very crucial points in this issue for Turkey concerning the region where the whole world has turned its eyes. The first point is the presence of the Turkish troops at the Kabul International Airport. And the second is a possible Afghan refugee wave into Turkey. We have already expressed our views, for the role of the Turkish troops in Kabul: https://unitedworldint.com/19917-the-us-nato-defeat-in-afghanistan-in-5-questions/. And now in this article, we will try to evaluate the second point, which is discussed even more intensively in Turkey.

Images from the eastern border

We first have to remember that these discussions began with the video and photographic images, which were circulated through the social media. These videos and photographs, allegedly taken from the Turkish-Iranian border, show young Afghan men entering into Turkey in large masses without any regulations whatsoever. Regarding these images that have caused some tough reactions, the government party AKP Spokesman Omer Celik said “Turkish borders are tried to be shown as completely vulnerable, through some videos. Turkey has a high border security. We have a situation at hand, which will not allow any misinformation from any sides”. On the other hand, President Recep Tayyip Erdogan has made the statements around the same time when Kabul was being besieged, “We are facing an increasing wave of Afghan refugees coming through Iran into Turkey. And in order to prevent this, we need to further increase our cooperation with Pakistan.”

And after being asked on a TV interview “What is the Turkish policies on the Afghan refugee crisis”, President Erdogan has reminded that around 4 million refugees had come from Syria previously, and that the situation with Afghanistan was different. He said “Right now, we are significantly increasing the protection of our border walls both around the Iranian border and around Iraq.”

Will Afghanistan turn into a second Syria?

As Erdogan said, the situation with Afghanistan is different from the situation with Syria. First of all, Afghanistan does not directly share a border with Turkey. The countries that will be directly affected by a possible wave of refuges would first be Turkmenistan, Uzbekistan, Tajikistan, Pakistan and Iran. However, considering that Turkmenistan, Uzbekistan and Tajikistan follow a very strict border policy, Pakistan and Iran come out as the countries that will carry the heaviest burden in a refugee crisis. As a matter of fact, according to the United Nations (UN), there are around 1,435,445 Afghan refugees in Pakistan. On the other hand, Iran had reported the UN in October 2020 concering the Afghans in the country the following numbers: around 780,000 Afghans with a documented refugee status, around 2 million Afghans as undocumented refuges and about 600,000 Afghans with a residency permit.

The second difference is that the majority of Syrians consider Turkey as a transit destination, but they accept to stay in Turkey when they cannot reach the European countries. But that is not the case with Afghans, especially after 2016. That is because the European Union (EU) has been forcibly deporting the Afghans back to Afghanistan in large groups as part of its repatriation agreement with Afghanistan. Since then, Turkey has become a mandatory final destination for most Afghans, especially when also the strict border controls by Europe are taken into account.

The third difference was that Turkey had welcomed the refugees from Syria with an open borders policy. However, statements from officials show that this policy will not be continued in the case of a possible Afghan refugee wave.

However, the intentions of the Turkish bureaucrats do not change the fact that Turkey is at the center of this Afghan refugee crisis and that the border is being illegally crossed by thousands of undocumented Afghan refugees every day.

According to the Turkish Directorate General of Migration Management, Afghans are among the first in terms of undocumented refugees that were surveyed since 2018. While in 2018 100,841 undocumented Afghan refugees were surveyed, in 2019 this figure doubled to 201,437. In 2020 50,161 refugees were reported, and as of August 12th 2021, around 35,510 undocumented Afghan refugees have been reported. However, it is also worth noting that an undocumented refugee must be found and surveyed first in order to be included in these statistics. It is well known that many Afghans settle in the provinces along the border with Iran, such as Van and Agri Provinces and work without documentation on very minimal wages.

According to 2020 data of the United Nations High Commissioner for Refugees (UNHCR), the number of Afghans under the international protection in Turkey is around 116,400.

According to the Mixed Migration Centre’s report in June 2020 titled “Destination Unknown: Afghans on the move in Turkey”, the majority left Afghanistan because of violence (66.3%) and/or economic factors (63.6%). Afghans who have left their countries due to security concerns, unemployment and difficulties accessing education and healthcare services, are reaching Turkey via four different major migration routes. According to the survey of Afghans in Turkey, a vast majority of respondents have no intentions of migrating further into Europe in the short term. A majority of 51.4% of the respondents plans to relocate within Turkey, followed by 26.5% who do not have any plans, and respectively, 10.9% and 7.7% of respondents that indicate to move to another country or be resettled. According to a vast majority of respondents, it does not matter which country they are in as long as they are safe, welcomed and can benefit from some better living conditions. Young Afghans working in Turkey send their savings back to their relatives in Afghanistan or give them to the human traffickers, in the hope of going to the West.

A regular source of immigrants

Even before the defeat of the United States and NATO and the Taliban’s takeover, Afghanistan was already being reported as the world’s largest regular source of refugees after Syria. It can be said that the emigration is the only subject that was stabilized in Afghanistan for many years.

According to World Bank data for 2019, Afghanistan is the 97th largest economy in the world with a Gross Domestic Product (GDP) of around $82 billion in Purchasing Power Parity (PPP); however, it ranks 184th out of 189 countries in terms of GDP per capita.

Two-thirds of Afghanistan, which has one of the harshest geographical conditions in the entire world, is covered with high mountains. Nearly 80 percent of the country’s population lives in rural areas. Natural disasters such as droughts greatly affect the majority of the population. And when this extreme poverty is combined with incredible amounts of corruption, people have no other hopes, but to leave the country for another region or country. According to the Transparency International in 2018, an estimated number of 4.6 million Afghans had to bribe the officials in order to apply for a job, to contact with local authorities, or to get any security (as border guard or police) and healthcare services, or when applying for an educational institution.

Are new waves of refugees at our doorstep?

Now that the Taliban have taken control over the country, this has added another reason for a greater Afghan refugee crisis. However, the first wave of migrations due to the Taliban takeover, are expected to be from the people who are civil servants, interpreters, who have worked or cooperated with the invader/foreign countries, with a relatively higher standard of living, unlike the previous Afghan immigration waves so far. It is the most reasonable option for this wave to go to one of the neighboring countries at first, which were at the closer perimeter than Turkey, and from there they are expected to apply to the European countries as documented refugees.

There are some different scenarios for the second phase. It will become clearer in the coming period whether the Taliban, which announced that they will not seek any revanchism on anyone and have declared a nationwide amnesty, will become a reason for the nation’s population to flee the country. The worst-case scenario, regardless of however unlikely it is, is that the Taliban will engage in massacres and a massive wave of refugees will take place.

In our opinion, the second and almost inevitable scenario that will affect Turkey would be more economic. The European countries announce that they will cut off the financial aid they have been providing to Afghanistan, if the Taliban declares an Islamic state governed with Sharia law, which the Taliban has already done. And the United States has frozen their foreign currency reserves belonging to the Central Bank of Afghanistan, around 10 billion USD. The worsening of the economic situation in Afghanistan, which is already largely dependent on foreign aid, seems inevitable in the short term unless some emergency financial aid is provided from a third country. Emigration rates are expected to increase for economic reasons under these conditions, but this is expected to be a stable increase over time, rather than a rapid refugee wave in a short period.

What should Turkey do?

There is not a simple solution to this problem. The issue of immigration has evolved into a social crisis in Turkey, which is already carrying the heavy burden of the Syrian refugees, much more than it can carry. Social unrest is growing and the reactions from the government officials are rising as statements from European countries are heard that this refugee wave should be stopped in Turkey before it reaches Europe. Ankara had announced that it is cooperating with Pakistan to prevent a possible refugee waves. What is missing from the statement is our neighbor Iran. It is true that Iran, which is already grappling with an economic crisis and does not want any more Afghan refugees in its territories, is not really willing to cooperate in stopping the migration. It is necessary to access Tehran with more realistic options such as establishing a coordination unit on the control of migrations, rather than coming up with an option that is near impossible to accept, such as a deportation agreement.

Turkey is keeping all channels of communication with the Taliban open, which is a significant advantage, unlike what the country did in Syria. Ankara should not wait for the “international community” to take steps in order to establish some diplomatic relations with the Taliban, but rather to give all kinds of support for the rebuilding of this country. It should encourage the countries in the region to cooperate and lead regional initiatives in order for Afghanistan to re-stabilize and rebuild economically. It is not difficult to predict that the immigration wave will continue on, unless its solved at its source, and as a transit migration country, Turkey will be still affected, even if it erects an enormous wall reminiscent of the “Great Wall of China” along its borders. And another truth that is even simpler to predict, would be that Turkey cannot afford any more uncertainty about this immigration crisis.