The US Secretary in the Crimea Platform 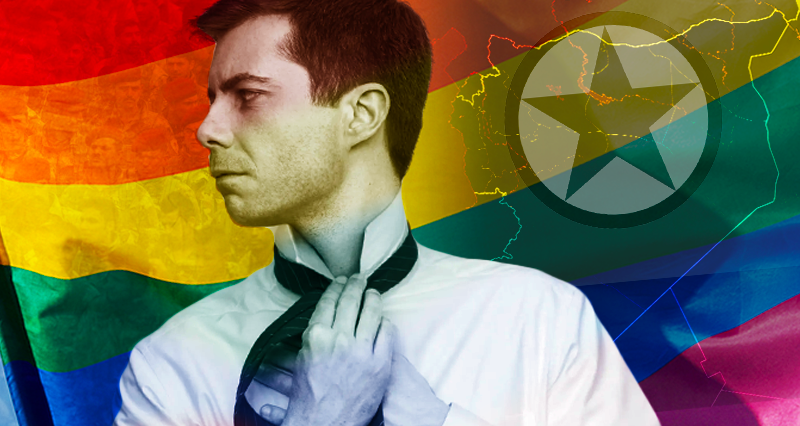 United World International has already reported about the Crimea Platform, which will convene on August 23, 2021 in Kyiv, its organizers’ links to the US and the Fethullah Gülen Terror Organization (FETO) and why Turkey’s expected participation on the summit constitutes a trap for Ankara.

Today we will focus on Pete Buttigieg, who will represent the United States at the summit. Buttigieg is US Secretary of Transportation and an LGBT activist.

Pete Buttigieg lives in a homosexual marriage. He spends great effort to diffuse the LGBT, imposed by the liberal globalist ideology, worldwide. On past June, the US embassy in Ankara published a video of the Secretary, where Buttigieg is propagating LGBT.

Washington is pursuing a huge propaganda campaign directed towards Turkey in order to break the country’s resistance to internalize the ideology of gender. As will be remembered, the US President Biden has condemned in March Turkey’s retreat from the Istanbul Convention. The US ambassador to Turkey, David Satterfield, is in constant and close contact with LGBT organizations in Turkey. The ideology of gender takes the stage as the new face of imperialism, trying to demolish sovereign states’ societies and the institution of family, and substituting ideas of class struggle with concepts of ‘sexual liberty’.

In this context, the fact of Buttigieg’s participation in the Crimea Platform indicates that the LGBT concept will also be raised in the context of Crimea. In case Turkey participates in the Platform, it will also face again the attempts of LGBT imposition.

“Withdrawal from Syria is betrayal of the PKK”

There is another striking truth concerning the US Secretary: Buttigieg has in the past supported the PKK/PYD terrorists in Syria. Buttigieg had commented on President Trump’s decision in 2019 to withdraw from Syria as ‘betrayal’ on allies, i.e. the PKK/PYD.

The fact that Pete Buttigieg was chosen to represent the US in the Crimea Platform shows that Washington wants to take part in the summit with a low profile. It is quite probable that the US wants to stay in the background while pushing Turkey ahead.

Meanwhile, the US signals the intention to carry its ideological agenda into the Platform, including the LGBT issue. Moreover, the fact that the Secretary is an open supporter of the PKK/PYD is a clear attempt to humiliate Ankara. The US sends this representative for a reason: This is a clear message to Ankara in both issues, the LGBT and the PKK.