How and why does the US intervene in foreign elections? 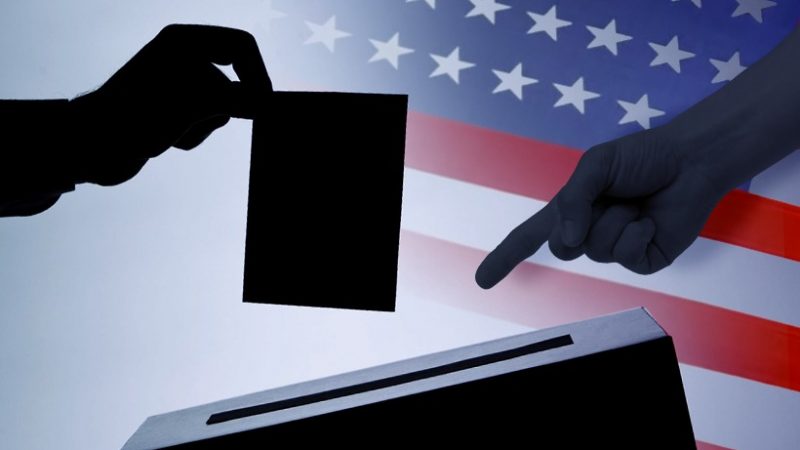 «The best defense is a good offense»

When the US regularly accuses other countries of interfering in other people’s elections, they are delicately silent about their own activities in various parts of the world.

The practice of interfering in foreign elections began with the establishment of the Central Intelligence Agency (CIA) after the Second World War. Instead of overt combat, the CIA began operating with suitcases with money, propaganda literature, visual agitation, physical elimination of non-grata personas and other underhanded strategies for undermining their enemies. This has been recognized and documented by former CIA employees and US experts in various places, including this recent New York Times article . The article notes that the Americans adopted an intervention strategy in the 1940s in Italy, where they secretly supported rivals of the Communist party in the elections all the way up to the 1960s. The CIA helped to overthrow leaders in Iran and Guatemala in the 1950s, organized assassinations of prominent politicians, and influenced electoral processes in Latin America, Africa and Asia. The same article mentions interference in the affairs of Serbia in 2000 and the elections in Russia in 1996.

During the last years the US tradition of intervention in foreign elections has been kept up and expanded. The American’s plans are, however, not always successful. For example, in Turkey and Azerbaijan elections went smoothly despite that CIA forces attempted to provoke coups, or at least influence the electoral process through soft power and support for opposition forces.

In February 2018, a coup d’état took place in South Africa. Jacob Gedleyihlekisa Zuma left his post, and was replaced by the pro-American globalist Matamela Cyril Ramaphosa, a businessman who is an owner of huge variety of business networks, including McDonald’s.

Despite the close trade contacts with the United States during Zuma’s presidency, it was possible to periodically ignore the “Washington consensus”. For example, during the July 19th vote in the UN Security Council on a draft resolution regarding Syria, a resolution strongly supported by the United States, South Africa abstained. Very soon afterward the coup took place.

The protests were fueled by American intelligence networks and NGOs. The US NED foundation was involved in the organization of the protests, which were funded by “Democracy Works”. Globalists of SWOP Witwatersrand in Johannesburg, which interact with the American Institute of Albert Einstein– Gene Sharpe (the father of color revolution technology), also took an active part in protest.

At the end of 2017, Zimbabwe experienced a coup d’état. The military blocked the roads to government buildings and the parliament of Zimbabwe, took control of television and placed Robert Mugage, the 93-year-old president, under house arrest. His resignation was soon after announced.

This was followed by a statement by Rex Tillerson, who called for the implementation of economic and political reforms in Zimbabwe, as well as for holding “free and fair elections” there. Tillerson called this “a historic moment for Zimbabwe,” congratulating the people of the country with the fact that they “openly and peacefully declared the need for change, which were needed.”

In May 2018, the elections in Iraq were won by the anti-American candidate Al-Sadr. However, the United States made numerous attempts to intervene in the course of the struggle against Iran for the region. The recent US decision not to support the Iraqi Kurds was due to attempts to maintain influence on Baghdad – but after the victory over Daesh, the chances for Americans have been significantly lessened.

In December 2018 in Libya, extremely crucial elections will take place which will affect the vector of development of the country that has already suffered so much from the American pressure and intervention. The United States is already acting, influencing and promoting internal destructive forces. And France (despite external disagreements) has already openly announced the financing of the elections in Libya. Gaddafi Jr. has great prospects, which could really thwart US efforts.

In April 2018 a popular candidate, anti-globalist Lula de Silva was removed from participation in the elections. The elections will be held in October 2018.
The globalist forces were afraid of de Silva’s candidacy, because he prevented US oil companies from operating in Brazil – such as , ExxonMobil and Chevron. The US also will not accept China’s strengthening of the country and the resultant strengthening of the BRICS block.

In May 2018, elections were held successfully in Venezuela. However, as the Foreign Ministry of several states stated, the US openly interfered in the elections – it tried to impede and influence the course of the elections. They supported forces that openly called for a voting boycott.

In 2017, Hernandez won the election, which was also not fully anticipated by the United States. US State Department spokesman Heather Neuert confirmed interest in the state, saying that Washington “very closely follows this situation” and provides “constant support” to election observation missions.

In general, American influence on the internal political processes in Honduras is obvious. The country has long been a strategic “partner” of Washington, Honduras is interesting for the US from a geopolitical point of view as a resource base and a source of labor (Honduras, Guatemala and El Salvador are the largest exporters of cheap labor to the US after Mexico).

Europe and other regions

In 2017, presidential elections took place in France, as a result of which an absolute globalist, the Rothschild candidate Emmanuel Macron, came to power. Let’s recall how on the eve of the election, Maсron directly contacted the former US President Barack Obama. Julian Assange stated that Macron “was compromising political correspondence with former US presidential candidate from the party of Democrats Hillary Clinton.”

In spring of 2018 after the elections, a long and painful process of government formation began. As a result, the populists coalition (Lega/Five Stars) came to power. Western bureaucrats made an attempt to prevent the League and Five Stars from coming to power, Mattarella said that the figure of Savona will cause “rejection” in Brussels and allegedly could lead to serious economic problems for Italy, and openly tried to block the procedure.  Supranational globalist structures actively work to destroy national sovereignty, and these elites were frightened of real power in the hands of the Italian right-wing and left-wing populists.

In June 2018 in Spain, a globalist coup d’etat happened. Pedro Sanchez came to power without a popular vote, and he sharply translated domestic and foreign policies into a pro-globalist route. The active support of LGBT politics, migrants, demolition of old monuments, and a change of education in schools began.  Sanchez recently met with George Soros, and literally the next day decided to accept more migrants into Spain

This is only a fraction of the vivid examples from all over the globe – these are not the first and not the last attempts of American globalists to interfere in other people’s elections and impose their own order on the world.