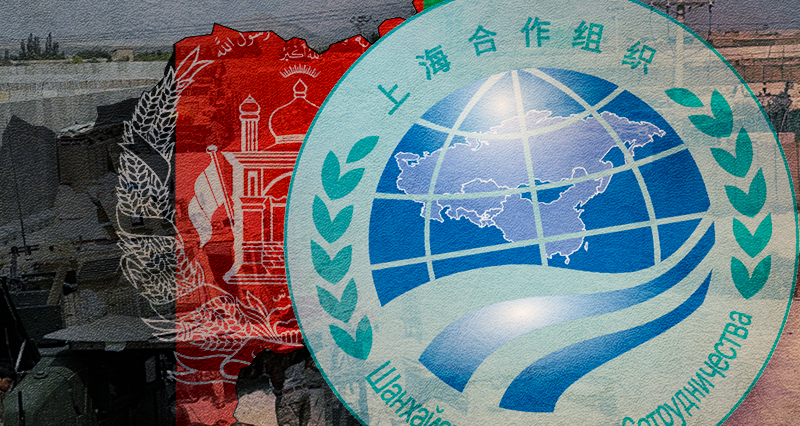 The US is withdrawing from Afghanistan. American troops were not able to bring neither the “peace” nor the “stability” to the country, as they packed away and fled after the 20 years of occupation. The result are endless military operations, thousands of American casualties, billions of dollars spent, and a nation that became the world’s drug factory. The Afghan people have won this war, the United States was not able to resist this fact, and Fukuyama’s’ imperialist theories of “state-building” crumbled into pieces. In the end, even Biden admitted, “We could not build a nation in Afghanistan”. While the American academics are now trying to figure out, why they could not build a Westernized nation, the US government is strategizing about “How can we make this huge defeat look less humiliating?”

Although Biden, who hosted the Afghan President Ashraf Ghani at the White House, said that “We will continue to give the Afghan government the support they need to live in peace”, the Taliban’s advance on the field continues. This organization, while taking the control over strategically important border areas, continues its attacks on the provincial capitals. As the US political and military might declines, the Afghan people comes out once more, as the most important subject in solving the Afghan crisis.

The key role of the SCO

There are two large problems left after the 20 years of American occupation of Afghanistan. The first problem is terrorism, and the second is the fact that the country has turning into a drug factory for the entire world. Of course, both problems are related to the strategies of the United States to destabilize countries in the region, especially Afghanistan, and perhaps the most importantly, to undermine the Belt and Road Initiative (BRI).

The Shanghai Cooperation Organization (SCO) can play a major role in the political stability and economic rebuilding of Afghanistan, after the ruins left by the United States. As a matter of fact, the Chinese Foreign Minister Wang Yi urged the SCO “to play a key role in achieving peace and stability in Afghanistan”, during the SCO Foreign Ministers’ Summit in Dushanbe, Tajikistan, July this year.

Afghanistan’s future is more of a problem for countries in the region such as China, Russia, Iran, Turkey, Pakistan, India, Tajikistan and Uzbekistan, than it is for the United States. Problems such as terrorism, drug trafficking and the enormous waves of refugees have become more of a domestic issue, rather than an issue of foreign policies, for the countries mentioned above.

Of course, each of the countries in the region have different relations with different sides of Afghanistan. Each of their stances and strategies for the future of Afghanistan is not fully cooperative with each other. Nevertheless, the common aspirations and desires of almost all of them, and of the Afghan people themselves, are to ensure a total peace and stability.

‘Turkey and Qatar should also be included in the process’

The Indian Foreign Minister said “There would have to be a compromise between approaches involving countries such as Qatar and Turkey”, at the SCO Foreign Ministers’ Summit on July 13th, and made proposals for future negotiations on Afghanistan.

The SCO was established in 1996 by China, Russia, Kazakhstan, Kyrgyzstan and Tajikistan and is known as “Shanghai Pact” or “Shanghai Five”. In 2017 India and Pakistan have joined the organization, which was renamed to Shanghai Cooperation Organization (SCO), with the joining of Uzbekistan in 2001.

If we were to looking for an organization that will solve the Afghan crisis, we should look no further than the SCO!

Although there is no complete consensus over Afghanistan among countries of the region, all SCO members certainly have a common desire for Afghanistan not to become an epicenter of extremist terrorism against the problems of drug trafficking or refugee crisis. The SCO can lead the way in solving all these problems, by including all the elements of the Afghan people.

The SCO also has a multilateral format, which was created in 2005 and revised in 2017: the Afghan Contact Group. Afghanistan and its neighbor Iran are the countries with an Observer Status within the SCO. Turkey, which also has deep historical ties with Afghanistan and is one of the main sufferers on the refugee crisis, is a Dialogue Partner to the organization. Considering Afghanistan’s strategic importance for the Belt and Road Initiative, the SCO as the primary associate in the solution to the Afghan crisis, can definitely ensure the peace and stability in the country, which the US has turned into a pile of ashes and a center of terrorism and drug trafficking.

The Advantage of economic support

Of course, the SCO has the great advantage of participating China, which can ensure the economic rebuilding of a country ravaged by the US imperialism. The SCO can provide the large-scale economic support for Afghanistan’s political, economic, sociocultural and humanitarian development. Despite their harsh disagreements, India and Pakistan’s efforts to prevent an Afghanistan that was sought to be turned into a hotbed of terrorism, could form the basis for their cooperation in a common and multilateral resolution as well.

The SCO could pave the way for the New World Order

Some major infrastructure and railway projects can be initiated within Afghanistan, that will provide a connection to European markets through Central-South Asia and even through Turkey in context of Belt and Road Initiative.

Of course, the Afghan crisis is a big test for the SCO. We can say that the organization has had a successful history of resolving its own internal problems for the last 20 years. The great solution that came by the opportunities of the current crisis will also create an attraction for the oppressed nations and even in Europe, with the SCO’s will to solve the Afghan crisis, regressive American hegemony and the “New International Order” against the collapsing old system. And the most important thing is that the Afghan people and all elements of the Afghan government see the SCO as a great alternative as the United States flees from the region.