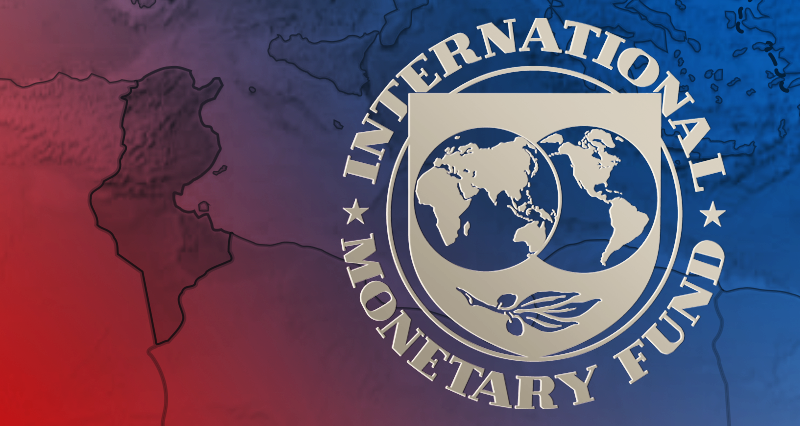 Tunisia was the first country where the so-called Arab Spring started in 2011, and it remained in the eyes of European countries and the US the positive example of ‘democratic transition’.

In the last ten years, a lot of democratic transition took place in the country, with several presidents and governments coming and going and changing coalitions ruling the country.

But one tendency that had started in the 1980s with tariff abolitions, privatizations and an Association Agreement to the EU continued uninterruptedly after 2011: the deepening of the Tunisian economy on foreign interest.

Back in the 70s, foreign trade was equivalent only to approximately 50% of the GDP, reflecting that Tunisia was investing, producing and consuming mainly nationally. That number rose to 110% in 2019, according to numbers of the World Bank.

Tunisia did not succeed in international trade competition. The country exported mainly raw materials, textiles and became a limited manufacturing station for foreign capital that used labor not due to its productivity but absolute price. Tunisia tried to compensate the trade deficit with services export, mainly tourism, but unsuccessfully, resulting in continuous current account deficits.

Right after the ‘democratic revolution’ of 2011, in 2012, the US provided a cash transfer for short-term fiscal relief – enabling Tunisia to pay its debts to the World Bank and the African Development Bank.

Later on, US and European governmental organizations kept on providing loan guarantees to Tunisia, thus keeping the country tied to international markets while securing the repayment of given international loans.

The result was disastrous, with the country almost doubling its international debt within 10 years. Foreign loans changed nature: instead of being an instrument to finance deficits, they became the main determinant of production.

While Tunisia kept on accumulating international debt, international financial capital lost its interest in lending to the country. In consequence, the International Monetary Fund (IMF) had to step in with a 2.9 billion US Dollar loan in 2016.

The IMF loan did not change the tendency, as the graphic above shows, it simply laid a growing debt burden on the government’s shoulders.

And then comes the pandemic

Things got even worse with the Covid-19 pandemic, as Tunisia’s participation n the global economy depended highly on investments in its tourism sector and travellers paying interest to use these facilities.

The tourism sector is believed to contribute 5- to 8 % to the GDP, and with a reported decline of 80% of arrivals in Tunisia in 2020 and retracting of exports, the economy shrank 8.8%.

The IMF reenters the scene

In the beginning of 2021, the Tunisian government reentered negotiations with the IMF. The Prime Minister Mechichi pledged a credit of 4 billion US dollars from the organization.

The IMF responded with repeating older demands on the Tunisian government and economy, which are summarized below.

The IMF program demands a classical model reorganization for the Tunisian economy according to the needs of international financial capital, taking into account huge income losses for broad masses, decreasing national economic activity by limiting government expenditure, while SOE and energy sectors are opened up for foreign accumulation.

Hence, “the reform program would need to be supported by a social compact, with the main stakeholders committing to support the reforms within their remit”, says the institution.

Back in February, while negotiations between the IMF and Tunisia are ongoing, the credit agency Moody’s stated “Renewed social protests, ahead of the announcement of specific measures, suggest that the definition and implementation of fiscal consolidation and public sector reforms is likely to be a highly protracted process”, questioned governance and downgraded the Tunisian credibility.

In an analysis published end of May, Reuters reported “internal divisions will make it hard for the government to assure the fund that it can implement any reforms”.

The influential trade union UGTT withdraw its support to a possible IMF agreement when details were leaked to the press.

Meanwhile, the pressure on Prime Minister Mechichi was rising, as debt payments of approximately 2 billion US dollars were due in July and August.

Attempts to reduce salaries in the public sector and broaden tax base into the informal sector had triggered already in the beginning of 2021 widespread protests against the government.

The political class was stuck between securing foreign funds to keep debt service and answering the economic demands of the people, ever more urgent after the Covid-deepend crisis.

While Western media was complaining that the struggle between President Saeid and the majority in the parliament was laming the country’s reform efforts, came the dismissal of the Prime Minister.

Then on July 25, the president Kais Saeid dismissed the Prime Minister and froze the activities of the parliament for a month. Lifting the immunities of the MPs, Saeid started a campaign against political parties in the country.

The reactions from the West were along the lines of the IMF. In an interview to Al Jazeera on July 29, the US Secretary of State Blinken qualified the Tunisian economy as “very, very challenging” and called the country “to return to the democratic path as quickly as possible”.

The French foreign ministry demanded “the return to the normal functioning of the institutions to focus on the response to the health, economic and social crisis.”

Italy, second most important trade partner of Tunisia, appealed to the Tunisian institutions “to guarantee respect for the Constitution and the rule of law at a time when the political and economic crisis in the country is exacerbated.”

The German foreign ministry stated “that now is the time to seriously advance political and economic reforms, where we state a certain delay.”

On July 29, a clearer message came from Washington. In a meeting with the President of the Tunisian Central bank, the Deputy Secretary of the US Department of the Treasury for Africa and the MENA Region Eric Meyer called to speed up the finalization of negotiations with the International Monetary Fund (IMF).

US: “speed up finalization with IMF”

While demanding urgent reforms, all mentioned countries also called the President to return as soon as possible to the normal functioning of institutions, to reopen the parliament and establish a broad consensus.

In other words, the US, France, Germany and Italy urge President Saeid to establish a pro-IMF coalition in the political class, strong enough to suppress protest movements and the trade unions.

The President on the other side presented himself as an adversary of the existing parliamentary system and the main political parties, accusing them of corruption and thus blaming them for the country’s economic crisis.

Whether Saeid will bow to the structural pressure from the international finance and its agents, thus keeping Tunisia in the debt trap remains to be seen.