Nicaragua: on the eve of the revolution? 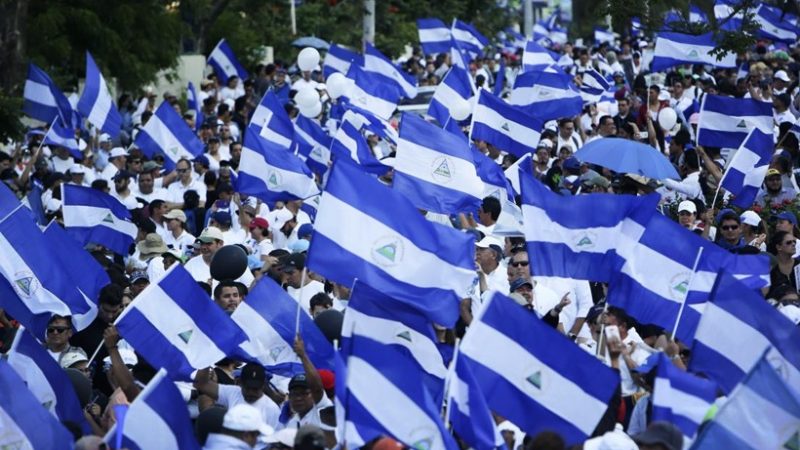 The internal political situation in Nicaragua remains restless. The protests, which began in April, have become increasingly violent and the protesters have declared the necesessity of new presidential elections. Ortega blamed ”outside forces” in supporting the mass demonstrations.

The context of the demonstrations

The mass demonstrations against the government were provoked by social reforms, which was expected to reduce pensions by 5% and to increase pension contributions. The reform was carried out in accordance with the recommendation of the International Monetary Fund (IMF). The IMF stated that without such a reform, by 2019, the Nicaraguan Social Security Institute (INSS) will completely exhaust its funds. The reform was not supported by the population of the country and President Ortega eventually announced its cancellation.

However, in the interim a protest movement was launched – after the demonstrations against the reform, the requirements to hold early presidential elections followed, and then calls for the resignation of prominent Nicaraguan officials.

Perspectives & the main players of the protests

Nicaragua remains one of the poorest countries in Central America. The state has a large external debt, and the main supplier of goods, on which the country is forced to depend – is the United States.

The Government of Nicaragua is in an extremely difficult situation, and blames its opponents for attempting a coup d’état.

It is important to note that Ortega became president in 1985 after the overthrow of the dictatorship of Anastasio Somoza, which was followed by a difficult period when he twice tried to return to power (unsuccessfully), but again took the leadership in 2007.

On the anniversary of the Sandinista revolution, Ortega called his supporters on July 19th to strengthen their self-defense options against violence by the “vassals of the empire” (the opposition).

“We must fight for peace by strengthening self-defense mechanisms so as not to allow more Sandinist families to be killed and burn their homes,” he said.

The protests are naturally supported by organizations in the US: the Organization of American States (headquartered in the USA) condemned the violence in Nicaragua and demanded the government hold early presidential elections in March 2019 instead of 2021. The authorities of Nicaragua reacted to this as interference in the internal affairs of the state and violation of the country’s right to self-determination.

The US has a lot of interest in the region. Firstly, there are the historical motifs – from the middle of the 19th century the territory became the subject of controversy over the influence of the United States and Great Britain. The country was occupied by the US from 1912 to 1933, follow by the period from the 1930s to 1979 where the government was under control of the oligarchic Somoza clan.

Today, in addition to geopolitical influence in the region, the US needs resources from Nicaragua: oil and gas wells have been discovered in the country, and Western companies are currently seeking the rights to develop them.

On the one hand, Ortega accepted the conditions of the United States and the IMF in the beginning, due to the fact that the country relies on Western financial resources (it should be noted that in addition to the United States, the EU, Japan and Taiwan were financial “donors” for the Nicaraguan crisis).

On the other hand, Ortega and other Western countries, despite the persistence of the situation of dependence, have had serious conflicts. For example, in 2008, the US and the EU announced a reduction in aid to Nicaragua for “falsification” in municipal elections of November 9th. In this regard, Ortega tried to change course towards more close contacts with Central American countries and Russia. The problem remained the same: previously signed agreements (with the IMF, as well as free trade agreements with the US) did not allow Nicaragua to develop autonomy as Ortega had hoped.

The battle for the control of Nicaragua is also the battle for the construction of a canal that would pass through Nicaragua and become an alternative to the Panama canal. This project is a Chinese initiative – the protests are preventing Chinese companies from finishing the building process. The cost of the channel is estimated at $ 50 billion. It is assumed that the depth of the channel will be 27.6 m, width – only 83 m, while the length will be 278 km. In the context of the Chinese trade war of US with China, the US is absolutely opposed to the construction of the canal.

The canal was scheduled to be put into operation by 2019, but due to permanent postponements against a backdrop of protests, the launch period is now postponed until 2022. The land was transferred toward the construction of the channel in for a 50 year period, the Chinese HKND Group will pay $ 10 million a year for the lease of land, and 11 years after the start of work, Nicaragua will receive 10% of HKND ownership. In 100 years, according to the plan, the company will completely become state property. This channel can help Nicaragua get out of poverty. If the project is being implemented, more than 5 thousand ships can be pass through it.

Considering the geopolitical and economic interests of the United States, the pro-American opposition will continue the protests and make the attempts to depose Ortega to install a candidate loyal to the United States.

Ortega is trapped in IMF and American agreements – while he tries to steer a sovereign course, he is forced by the US to impose unpopular reforms. If the authorities fail to take control of Masai, a revolutionary scenario is possible. Some in the media have foreseen a “Tunisian scenario” (the revolution in Tunisia ended in 2011 with the resignation of President Zine Zine El Abidine Ben Ali), and even call for consideration of the experience of the “Arab spring”.